China is expected to eliminate rabies by 2025 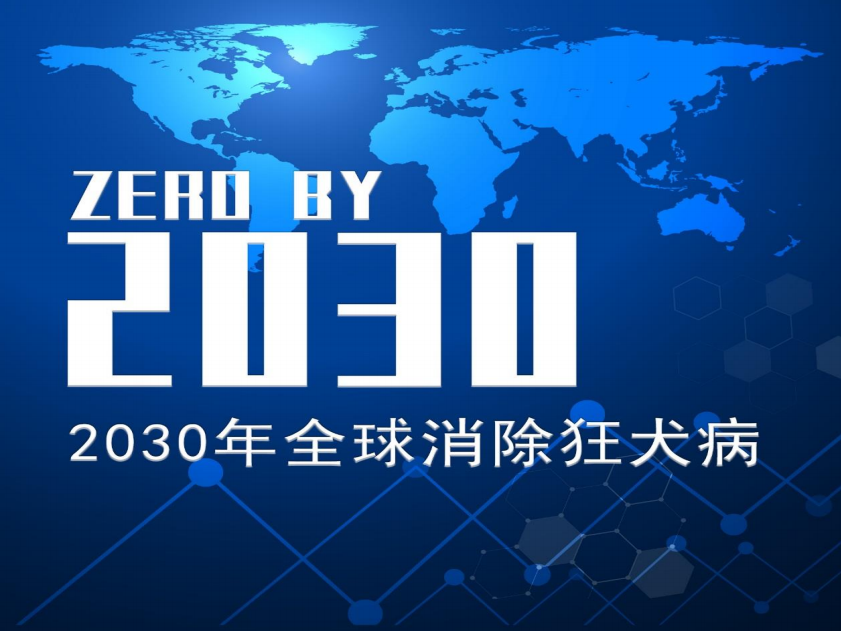 1. What kind of disease is rabies?

“Rabies is also called rabies, or hydrophobia. It is an acute zoonotic infectious disease caused by rabies virus infection. The main source of infection is dogs and cats. Certain wild animals have been found in some provinces in northern China, such as Rabies occurs in wild badgers, wild raccoon dogs, wild foxes, wolves and other attacks on domestic animals and humans. Rabies has also been reported in fur animals raised by individual families, such as foxes. About 15 million people in China are bitten by dogs, cats and other animals each year Rabies may occur if it is not handled in a timely and standardized manner. The typical symptom of rabies is hydrophobia, that is, when drinking water, even when the sound of water is heard, the patient will have cramps in the swallowing muscles and cannot swallow the water. Even if the patient is thirsty, he dare not drink water. At the same time, there are also photophobia, fear of wind, mania, dysphagia, etc., often die of respiratory and circulatory failure about a week after the onset.

Rabies is a severe infectious disease. Once it is onset and there is no cure, the case fatality rate is close to 100%. It is also the highest of all infectious diseases. It belongs to the Class B legally reported infectious disease in China. It should be emphasized that rabies can be prevented in advance. In recent years, with the use of rabies vaccines and rabies immune globulin, human rabies has been effectively controlled, but in 2019, hundreds of people still died of rabies.

2. Can rabies be eliminated?

The scary part of rabies is not only incurable after the onset of disease, but also a greater harm is its pathogenesis-extreme excitement and mania at the onset of the disease, actively biting people or other animals, and transmitting the virus to people around or Animals, causing the rabies virus to continue to spread. In order to eliminate this terrible infectious disease as soon as possible, the WHO has put forward the goal of “global rabies elimination by 2030”.

In order to prevent and control rabies, many countries around the world have made many attempts and efforts. For example, Japan formulated and passed the Rabies Prevention and Control Law in 1950, which stipulates the duties of full-time veterinarians and dog owners. At the same time, government departments supervise the arrest of stray dogs. It also introduced more effective rabies vaccines for dog immunization. Japan eliminated canine rabies in 1956. Even so, Japan still enforces compulsory immunization of dogs.

On the basis of eliminating all rabies caused by canine rabies virus in 2007, the United States launched a wildlife immunization program in 1995, using oral rabies vaccines to vaccinate wild animals, thereby building a line of defense to prevent wild animals from transmitting rabies to people .

Mexico adopts two major strategies to control dog transmission of rabies: the first strategy is to initiate mass immunization of dogs to control rabies; the second strategy is to promptly carry out exposure prevention treatment to people bitten by animals suspected of rabies to prevent rabies after human bites Onset. The two strategies have achieved remarkable results. There have been no human rabies cases caused by dog ​​transmission in Mexico after 2005.

3. How far is China to eliminate rabies

In order to control rabies and actively respond to the WHO’s goal of “eliminating rabies globally by 2030,” China’s health, agriculture, and public security departments have made active efforts. Including the construction of grassroots rabies exposure prevention and treatment clinics, ensuring the production, supply and quality of domestic rabies vaccines and passive immunization preparations, organizing and carrying out large-scale dog management special rectification, and establishing comprehensive animal rabies prevention and control technical system measures.

The series of effective measures taken by China in the prevention and control of rabies have fully demonstrated China’s determination to eliminate rabies. Wang Chuanlin, deputy director of the emergency department of Peking University People’s Hospital, said that through the joint efforts of all parties, China is expected to eliminate rabies by 2025.

Rabies prevention and control is a complex social project that requires the cooperation of multiple departments and joint management to achieve the goal of eliminating rabies. Under the current situation, we must first deal with rabies after human exposure to prevent the occurrence of rabies from dogs.

To this end, the China Vaccine Industry Association established a rabies prevention and control branch, and formulated a roving training, training base, and specialist alliance empowerment system to provide strong technical support for the standardized treatment of rabies at the grassroots level.

At the same time, strengthen the research and development and quality control of new drugs such as human rabies vaccine and immunoglobulin to provide the public with high-quality preventive biological products; optimize vaccination procedures to improve the standardization and compliance of rabies exposure treatment; strengthen rabies vaccination The post-neutralizing antibody test will promptly boost immunization of individuals with negative antibodies to ensure that everyone is prevented from happening in the first place and achieve the goal of “zero” dog-to-human rabies.

To this end, the development of oral rabies vaccines for animals and increasing the coverage of animal vaccination are the future development directions. At the same time, it is necessary to publicize the knowledge of rabies prevention and control to the public through the news media, advocate civilized dog breeding, raise dogs in accordance with the law, not randomly discard dogs, and improve the stray dog ​​shelter system.

Therefore, the elimination of rabies is not only the responsibility of the health department, but also requires the cooperation of multiple departments such as agriculture, POICE, media, and urban management. The public actively participates in forming a joint force to control and eliminate rabies.

It is reported that the anti-rabies virus monoclonal antibody produced by Z China North China Pharmaceuticals-Xunke, will be on the market from February to March 2021. This is a rabies passive immunization preparation, which is significantly better than rabies immune globules. Advantage:

a. It is a recombinant CHO cell, not a blood product, and no other blood-borne infectious diseases such as AIDS, hepatitis B, hepatitis C and unknown pathogen infection risk;

b. It has high purity, stronger targeting, and does not interfere with the use of other vaccines;

d. It has a lower active immunosuppressive effect on the vaccine, and has a faster effect and a higher neutralizing activity when combined with a vaccine;

e. The administration volume is small and the incidence of swelling is low;

The launch of Xunke will open a new era of passive rabies immunization preparations with the advantages of being safer, more efficient and longer lasting, and help China achieve its goal of eliminating rabies as soon as possible and benefit human health.