Previous studies have shown that genome-wide association studies (GWAS) and exome sequence association studies (EAWAS) have determined that more than 1,000 bp-related single nucleotide variants (SNVs) are associated with increased blood pressure, showing its complexity , Heritable, polygenic characteristics. Most of the common SNVs have little effect on blood pressure. However, most reported non-coding SNVs are also limited in explaining specific causal genes due to linkage disequilibrium (LD) between common mutations. 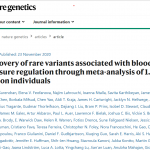 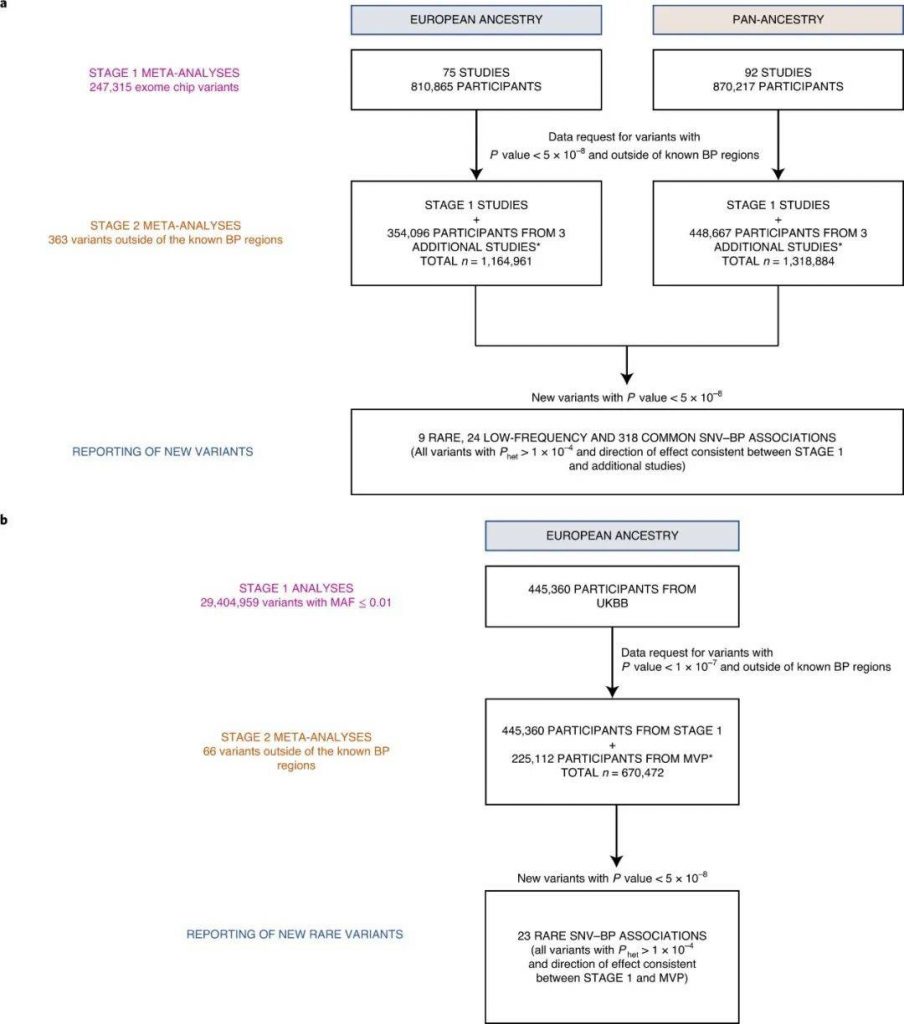 The results showed that in a meta-analysis of up to 1.3 million participants, researchers found 106 new genomic regions related to blood pressure and 87 rare (suballelic frequency ≤0.01) variant BP associations, 32 of which are located in the new The BP-related loci and 55 are independent BP-related single nucleotide variants in the known BP-related regions. In addition, the average effect of rare variants (encoding rate of 44%) is about 8 times that of common variants, which indicates the existence of potential candidate causal genes at new and known loci (such as GATA5 and PLCB3). 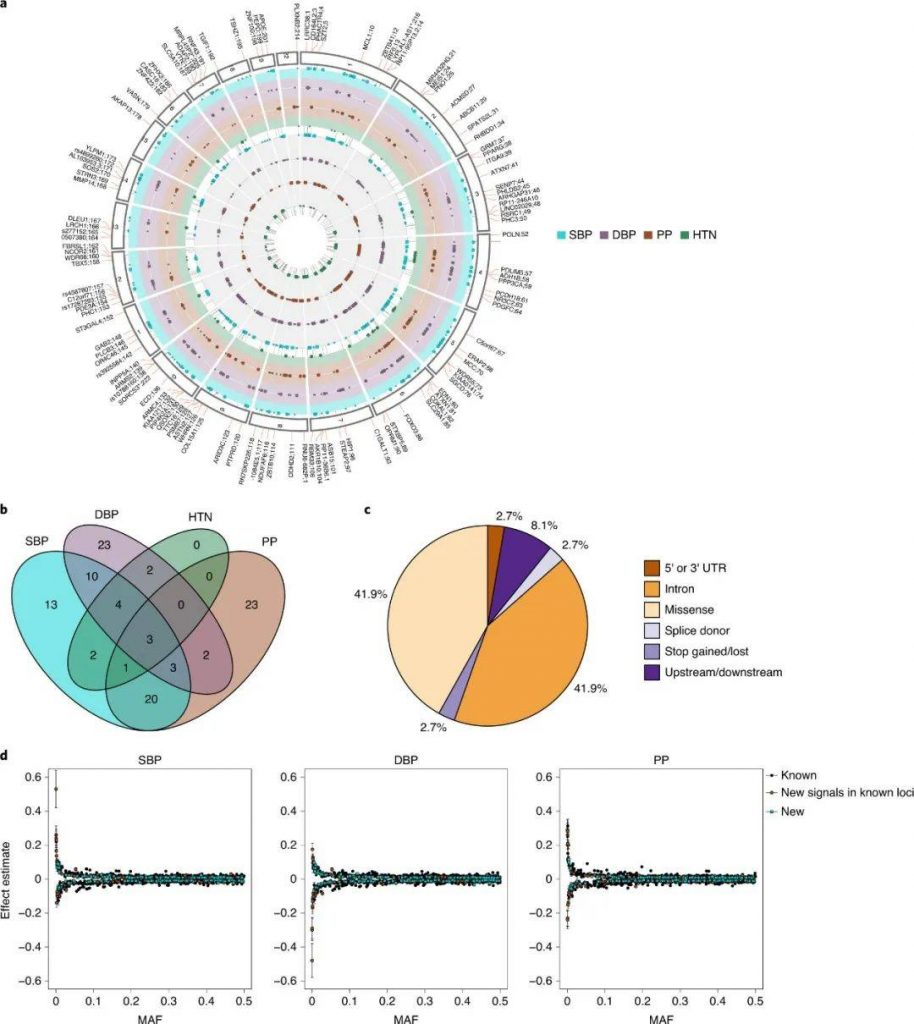 New BP correlation (a: Fuji map of genome significant BP-related SNV in EWAS and RV-GWAS, b: Venn diagram, showing the overlap of 106 new BP loci in analyzing BP features, c: VEP pair known and All the identified rare variants in the new region are functionally annotated; d: the comparison chart of MAF and effect estimation in the conversion of BP-related SNV)

In addition, BP-related variants (including rare and common) are enriched in active chromatin regions of fetal tissues, which may link fetal development to BP regulation during growth. When using Mendelian’s multivariate random study to analyze and evaluate the causal relationship between BP and stroke, the results show that systolic blood pressure has the strongest influence on all types of cerebrovascular diseases, and the most profound influence on large arterial stroke. Blood pressure has the weakest effect on cardioembolic stroke (CE), which may reflect that atrial fibrillation plays a greater role in the risk of CE than blood pressure. 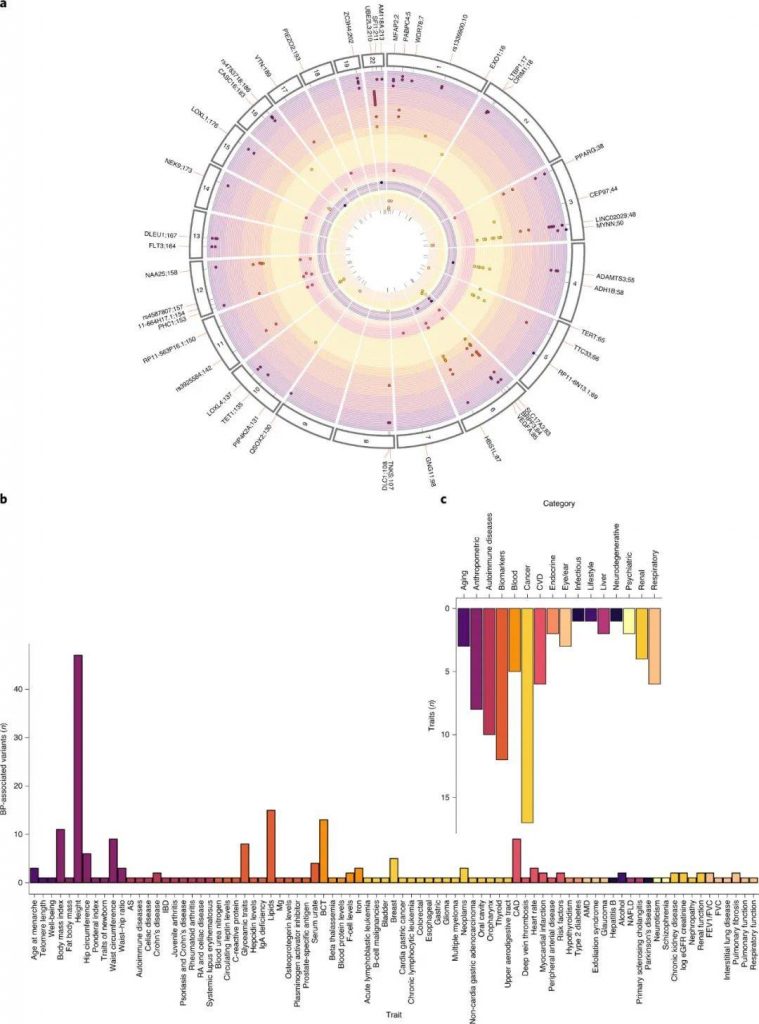 This study demonstrated the role of rare variant analysis in identifying candidate genes, and the results highlighted potential therapeutic targets.