Varicella Zoster Virus and Vaccines. Among the pathogenic bacteria of various human infectious diseases, there is also a virus that “changes face”. Once humans are infected with this virus, they will suffer from different symptoms and diseases at different times, and each time is more violent. This virus is chickenpox— Herpes zoster virus. In order to let everyone understand why this virus can make waves in the human body for the second time, let’s start with the characteristics of the virus.

Varicella-zoster virus (varicella-zoster virus, VZV) is a neurotropic virus, which is mainly manifested in the disappearance of the varicella caused by the virus invading the sensory nerve endings of the skin for the first time, and the remaining virus will move along the nerve to the spinal ganglion or In the sensory ganglia of the cranial nerves, and lurking there, when the host’s cellular immune function is low, the virus is fired again, causing inflammation and necrosis of the ganglia, mainly to damage the nerves.

(2) One virus and two diseases

The main manifestations are: VZV is manifested as chickenpox when it is first infected, and it is activated again to cause herpes zoster. The two diseases caused by VZV are quite different from the symptoms, severity of the disease, location of herpes, and outcome. It is not a disease at all.

Under normal circumstances, chickenpox is more common in infants and children, while shingles is more common in adults, and as the age increases, the risk of developing shingles is greater and the condition becomes more severe. This virus mainly bullies young children and the elderly and infirm.

Chickenpox is a respiratory infectious disease in winter and spring. It occurs in children between 2 and 6 years old. The source of infection is mainly chickenpox patients. The contents of chickenpox and respiratory secretions contain viruses and are highly contagious. The virus can be spread not only through droplets, but also through close contact.

More than 90% of children get infected with VZV, and some people do not get sick after being infected and become virus carriers. These people are difficult to prevent as a source of infection. Therefore, outbreaks of chickenpox often occur in kindergartens, schools and other places where children gather.

The condition of healthy children is milder after chickenpox. The chickenpox rash is concentric, with more trunks and fewer limbs. It takes about 12 weeks to recover. But for children with poor health, weakened immunity or defective, chickenpox can be severe or even life-threatening. When adults suffer from chickenpox, 20%-30% are complicated by pneumonia, which is generally severe and has a high mortality rate. When pregnant women suffer from chickenpox, they are not only ill, but can also cause fetal malformations, miscarriage or stillbirth.

VZV is very cunning. After the first infection with chickenpox, you think you are all right. As everyone knows, this virus temporarily stops silently under the attack of your body’s immune system. It knows the times and quietly lurks in the ganglia in your body. With age, the immune function gradually declines, and the virus that has been dormant for many years will be reactivated and organized to launch an “uprising”, turning into another disease-shingles, which makes you unhappy.

Compared with varicella zoster, the severity of the disease is not at the same level. Herpes zoster has the following characteristics:

(1) The rash is distributed along the nerve in a band

The rash is often arranged in bands along the peripheral nerves on one side of the body, generally not exceeding the midline, and it occurs on both sides in some cases. The rash is distributed in clusters without fusion, and the skin between the clusters of blisters is normal. The main part of the skin rash is the intercostal nerve, which often involves 2 to 3 intercostal nerve distribution areas. The rash extends from the back to the top to the front and down, and is consistent with the nerve distribution area, which is zoster, so it is called herpes zoster. It is also known as “loin loin” and “snake pancreas”.

(2) The pain is unbearable

The pain of shingles is not “normal.” People who have suffered it describe it as pains like knife cutting, electric shock, acupuncture, fire, etc., which are more painful than the pain of giving birth. The older the age, the more severe the nerve damage, the more severe the pain. This kind of severe pain makes people sleep and eat, lose concentration, cause anxiety, fear, and even depression and other psychological disorders. According to statistics, more than 60% of shingles patients have thought of suicide!

(3) Neuralgia remains after the rash disappears

This is due to the neurotrophic nature of the virus. The virus destroys the nerves during the process of neuronal replication, causing damage and fibrosis of the ganglia, nerve roots and peripheral nerves, leading to the onset of herpes zoster and the continuous feeling in the affected area. , Repeated severe pain, and the pain can continue for a period of time after the rash has healed. It is called postherpetic neuralgia, which is the most common complication of herpes zoster.

(4) Herpes zoster in other parts

Shingles mostly occurs on the waist, chest and back, and neck, but some patients may appear on the eyes and ears. If the herpes zoster lesions occur in a special location, it may cause serious consequences.

2) Ear: Herpes zoster that occurs in the auricle and ear canal. Patients may experience dizziness, nausea, vomiting, tinnitus and deafness.

4. the difference between a virus and two diseases

Varicella and herpes zoster caused by VZV are respiratory infectious diseases that are not only spread through air droplets, but also through close contact with patients’ herpes and items contaminated by herpes. Therefore, daily protective measures include wearing masks, washing hands frequently, opening windows frequently for ventilation, avoiding crowded places, coughing and sneezing, covering mouth and nose with a handkerchief or tissue. But like the flu and the COVID-19, it is impossible to prevent. It is also a common infectious disease in kindergartens and schools in winter and spring, and it can easily cause a class or even an entire school. Vaccination is the simplest and most effective way. 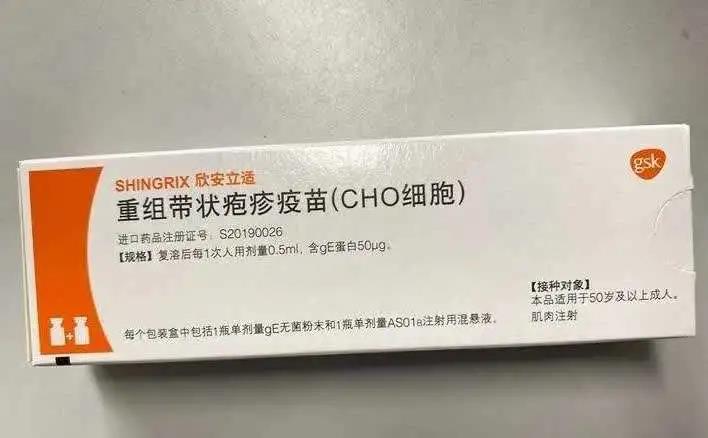 Vaccination procedure: a total of 2 injections of herpes zoster vaccine, each 0.5 mL, with an interval of 2-6 months between the two injections, intramuscular injection, suitable for people ≥50 years old. According to statistics, the effectiveness of shingles vaccine is as high as 97.2% in people aged ≥50 years, ≥90% in people aged ≥70 years, and more than 90% even in people aged 90 years. This vaccine can not only reduce the risk of complications by more than 75%, especially the preventive effect of neuralgia after herpes zoster is close to 90%!

6. Is it necessary for people who have had shingles to be vaccinated?

necessary. Because recurrence of shingles is not uncommon, even more than once. Therefore, people who have had herpes zoster vaccination with herpes zoster vaccine can prevent its recurrence and also have a preventive effect on its sequelae neuralgia. People who have had chickenpox before are those with a high incidence of shingles, and they should be vaccinated against shingles.

It can be seen from the above that once a person is infected with this virus, he will face the risk of suffering from the second crime. A childhood chickenpox may bring a fatal blow to life after the age of 50! In order to prevent this cunning and fickle virus from making troubles, children should be vaccinated against chickenpox. When they are over 50, run and get herpes zoster vaccine quickly to avoid the troubles of chickenpox and shingles!

Looking at the world, there is currently no virus that has this power: one virus needs to be prevented with two vaccines, this virus is true! But even better are the experts who develop vaccines. No matter how the virus “changes its face”, they can’t escape their golden eyes and can develop vaccines to prevent them.