Nature: Scientists figured out the metastasis route of human cancer cells. We all know that the death of most cancer patients is due to the metastasis of cancer cells in the body, that is, the tumor spreads from one organ to other tissues to continue to proliferate and grow, and form tumors of the same nature. Due to the complexity of the human body, it is almost impossible to predict whether a cancer cell will metastasize in advance, and once metastasis occurs, malignant tumors in multiple locations will have resistance to cancer treatment, making treatment even more difficult.

Recently, in a study published on the cover of “Nature”, a research team from the Broad Institute of Massachusetts Institute of Technology and Harvard University brought light to this problem. They found that whether a cancer spreads, how far it spreads, and which organ it spreads to depend on many genetic and clinical factors.

The Broad Institute has the world’s largest cancer cell line data set, and has conducted systematic genomic and functional genomic research on each cancer cell line. But this 15-year study has been based on cancer cells cultured in plastic petri dishes in vitro. Therefore, these results are significantly different from the complex environment in the body.

In this new study, the research team has proven through animal models that the metastasis of human cancer cells is predictable. 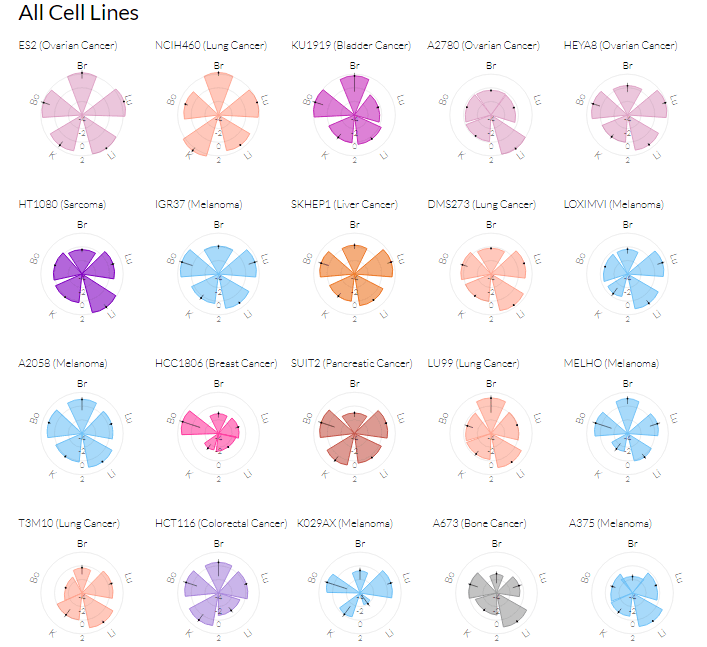 This valuable resource can help scientists discover more new details, such as: What are the factors that drive cancer metastasis? Why do some cancers spread more violently than others? And how to use new anti-cancer drugs to slow or stop this deadly process.

Todd Golub, the corresponding author of the study and chief scientist at the Broad Institute, said: “For many cancer patients, despite the treatment, unfortunately, their tumors are still growing. This makes people think some Tumors can survive anywhere, but this is not the case.”

MetMap originated from the extensive research work of Dr. Jin Xin, a cancer project scientist. Jin Xin and his co-authors attached unique DNA barcode molecules to each of the 500 cancer cell lines representing 21 different cancers, allowing them to identify and track cancer cells. Subsequently, the researchers injected different combinations of cell lines into the circulatory system of immunodeficient mice to monitor the spread of cells. Five weeks later, samples were collected from the brain, lung, liver, kidney, and bone, and high-throughput sequencing was completed to determine which cell line spread to specific organs.

The research team found that more than 200 cell lines survived and metastasized in mice. Subsequently, they identified key characteristics related to tumor spread, including tumor type, location of origin, and patient age. Researchers use this information to generate MetMap to show an interactive map of the metastatic potential of each cancer cell line. 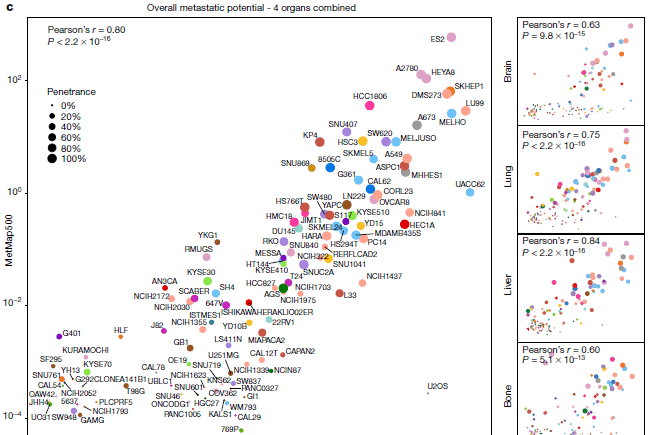 Jin Xin said: “At first no one believed that this method would work, including myself. But the results showed that it was quite powerful and brought unexpected information about what makes different cancers adapt to different organ environments. .”

To prove the value of their data, the researchers further studied a type of breast cancer. MetMap shows that this cancer has a tendency to spread to the brain. They compared the genomes of these cell lines with those of non-metastatic breast cancer cell lines to identify some differences that promote the spread of cancer cells to the brain. They specifically pointed out that the key changes in the lipid metabolism of breast cancer cells enable them to survive in the microenvironment of the brain, suggesting that future treatments may potentially delay cancer metastasis by blocking lipid metabolism.

Golub said: “We hope to contribute to the field of cancer metastasis research by creating high-quality, large-scale basic data sets and sharing them with the world for free.”