CRISPR screening improves CAR-T cells in the treatment of glioblastoma

CRISPR screening improves CAR-T cells in the treatment of glioblastoma. Glioblastoma (GBM) is one of the most lethal malignant tumors. Currently, there is no effective treatment method, which seriously threatens human health. The patient’s current median survival time is only 18 months, and the average five-year survival rate is less than 5%.

CAR-T cell therapy has achieved great success in hematological tumors, but progress in solid tumors is relatively slow. In patients with glioblastoma, CAR-T cell therapy has shown early evidence of clinical feasibility and safety. However, the overall results are still unsatisfactory, prompting people to seek to improve the targeted glioblastoma. New methods and strategies for the anti-tumor efficacy of CAR-T cells.

This study used a genome-wide loss-of-function library based on the CRISPR gene editing system to perform high-throughput and unbiased screening of CAR-T cells and glioma stem cells (the most malignant cell population in GBM), and found multiple A new target that can significantly improve the anti-tumor efficacy of CAR-T cells targeting glioblastoma.

In order to maximize the clinical value of the study, the authors selected CAR-T cells targeting the surface protein IL13Rα2 of glioblastoma. This treatment method has been applied in a number of clinical studies hosted by the City of Hope Medical Center Patients with recurrent brain tumors, and complete remission of multiple tumor foci has been achieved in one patient (Brown et al, N Eng J Med, 2016).

Further gene editing of human T cells on the basis of CAR has always been one of the difficulties in immunotherapy. In the first part of the screening experiment for CAR-T cells, the authors used lentivirus and electrotransformation methods to import SgRNA library and Cas9 protein. , So as to achieve the purpose of simultaneously introducing a loss-of-function library into CAR T cells.

These cells were co-cultured in vitro with glioma stem cells expressing IL13Rα2 from patients with excess glioblastoma, and then enriched by flow cytometry for PD1 (PD1 is an important marker for T cell exhaustion) positive and negative CAR-T cells are library-built and sequenced. Researchers found 220 common genes in CAR-T cells constructed from two different T cell donors that can regulate the anti-tumor activity of CAR-T cells (Figure 1). Some of these genes are known regulatory molecules involved in T cell activation or T cell failure, which also verifies the reliability of the screening from one side. 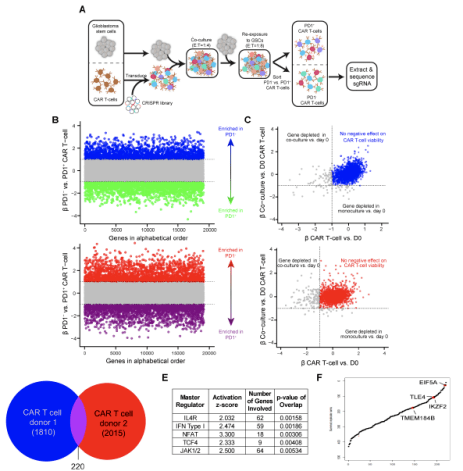 Figure 2: Knockout of genes such as TLE4 increases the anti-tumor effect of CAR-T cells in vitro

The author further used RNA sequencing to explore the molecular mechanism of these genes. In TLE4 or IKZF2 knockout CAR T cells, important molecules related to T cell activation signal transduction pathways (TCR signal, T cell activation, AP-1 and ZAP) are activated, so that they are released from the depleted state and maintain their right Tumor killing function. Knockout of TMEM184B or EIF5A also induces activation of similar T cell activation signaling pathways, but unlike TLE4 or IKZF2 knockout, knockout of TMEM184B or EIF5A does not upregulate cytokine secretion and response signaling pathways.

The authors further found through single-cell sequencing that, compared with the control group, TLE4 knock-out CAR-T cells had more cell subpopulations that secreted a large number of cytotoxic factors, while IKZF2 knockout reduced the proportion of Treg cell subpopulations and increased IFNG, CCL3, etc. activate the expression of T cell factors. Happily, in vivo experiments on the GBM PDX mouse model showed that CAR-T knocking out TLE4 or IKZF2 significantly enhanced the killing of tumors compared with the control group, which could inhibit the formation of tumors for a long time and prolong mice. Lifetime (Figure 3). 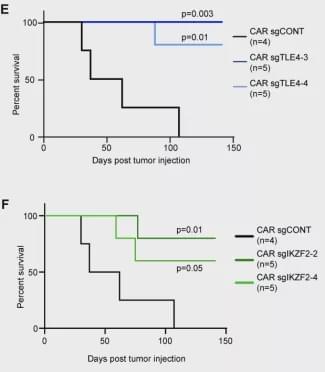 Figure 3: CAR-T cells knocked out of TLE4 or IKZF2 significantly improve the therapeutic effect on the mouse GBM model

In the second part of the screening experiment, the author used a similar CRISPR screening strategy to screen in cancer stem cells and discovered multiple new targets such as RelA and NPLOC4 that significantly regulate the killing sensitivity of GSC to CAR-T cells. And its function is verified in the in vivo model. The exploration of its mechanism of action shows that these genes may be involved in inhibiting tumor cells to secrete inflammatory cytokines.

To sum up, this research is the first to realize CRISPR-functional genome-wide screening in CAR-T cells and its targeted glioma stem cells, discovering and identifying a series of genes that can regulate the anti-tumor potential of CAR-T cells, providing A new strategy to enhance the anti-tumor efficacy of CAR-T cells through gene editing molecular targeting technology. The high-throughput screening platform established in this research can be extended to CAR-T cells of different targets and other adoptive cell transfer therapies to obtain reliable targets with potential for clinical benefit.