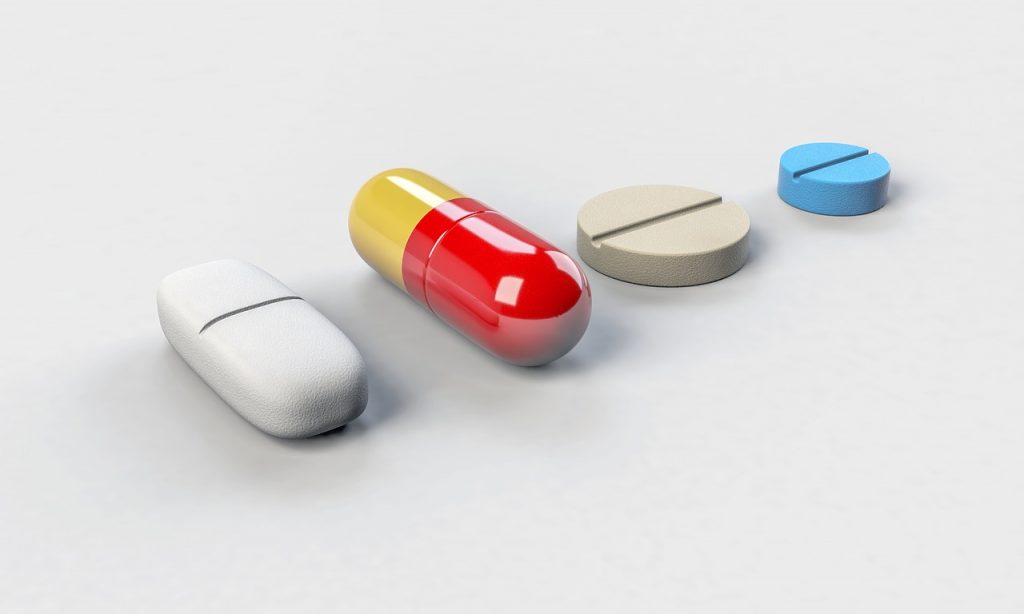 Classification and characteristics of antibacterial drugs. According to the efficacy, it can be divided into the following 4 categories:

The combined effects of the above 4 types of drugs are:

According to the structure, antibacterial drugs can be divided into the following categories, some of which also contain multiple subcategories or subcategories:

These drugs all contain β-lactam rings; they can inhibit bacterial cell wall synthesis and activate bacterial autolysing enzymes. It can be divided into penicillins, cephalosporins, atypical β-lactams and β-lactamase inhibitors (Table 1). Because it has antibacterial effect on Gram-positive (G+), Gram-negative (G-) bacteria and some anaerobic bacteria, and has strong antibacterial activity, low toxicity and wide indications, it is more commonly used in clinical practice.

Attention should be paid when using β-lactam drugs:

Acts on the 70S and 30S subunits of bacterial ribosomes, inhibits protein synthesis and destroys the integrity of bacterial cell membranes. It is a quiescent, concentration-dependent bactericide. It is still an important drug for the treatment of serious infections of aerobic G-bacteria. Commonly used ones include: streptomycin, kanamycin, gentamicin, tobramycin, amikacin, netilmicin, etimicin, sisomycin, ribomycin, and isipramide Star, dalmicin, asmicin, dibekacin and neomycin.

Acts on the 50S subunit of the bacterial ribosome to inhibit protein synthesis. It is usually a quick-acting bacteriostatic agent, and is a fungicide for sensitive bacteria at high concentrations. It is also effective for most G+ bacteria, some G- bacteria and some atypical pathogens, such as Legionella, Spirochetes, Mycoplasma pneumoniae, Chlamydia, Rickettsia, Toxoplasma gondii, and atypical Mycobacterium infections.

The first-generation drugs include erythromycin, erythromycin ethylsuccinate, meleumycin, josamycin, acetylspiramycin, midemycin, etc., which are currently less used. The second-generation drugs include roxithromycin, clarithromycin, and azithromycin, which have reduced side effects and increased efficacy. But the resistance of bacteria to these drugs has been increasing. Telithromycin and quinerythromycin are the third generation of these drugs, which have a good effect on the aforementioned drug-resistant bacteria, and have a broader antibacterial spectrum, which has good application prospects.

Including tetracycline, chlortetracycline, oxytetracycline and semi-synthetic doxycycline, metacycline and minocycline. It can act on the 30S subunit of the bacterial ribosome to inhibit bacterial protein synthesis. It has a wide antibacterial spectrum, and has good antibacterial activity against Staphylococcus, Streptococcus, Escherichia coli, Klebsiella, Brucella, Acinetobacter, and Stenotrophomonas maltophilia.

As the first or optional drug, it can be used for the treatment of the following diseases:

The main indications include:

Note: Avoid use for minor patients under 18 years of age. Antacids and drugs containing calcium, aluminum, magnesium and other metal ions can reduce the absorption of this type of drug and should be avoided. Not suitable for patients with epilepsy or other basic diseases of the central nervous system.

Including lincomycin and clindamycin. It can act on the 50S subunit of the bacterial ribosome to inhibit protein synthesis; it can also remove the A protein and fluffy coat on the bacterial surface, making it easy to be swallowed and killed. It has good activity against G+ bacteria and anaerobic bacteria, but Streptococcus pneumoniae is highly resistant to it. Clindamycin is more effective than lincomycin and is used more clinically.

It is also sensitive to coryneform bacteria, lactobacilli, Leuconostoc, anaerobic bacteria, fast-growing mycobacteria, listeria, and mycoplasma. It has antibacterial activity in vitro against Acinetobacter baumannii and Stenotrophomonas maltophilia. But Pseudomonas aeruginosa and Proteus are resistant to it.

At present, the FDA only approved for the treatment of various complicated adult abdominal infections, complicated skin and soft tissue infections, and community-acquired pneumonia caused by the above-mentioned sensitive bacteria. However, it is also used in China for the treatment of severe infections caused by certain specific bacteria, especially multi-drug resistant bacteria. In order to reduce the emergence of drug-resistant bacteria, experts recommend it as the last option and avoid using it alone.

Including chloramphenicol and thiamphenicol, which can act on the 50S subunit of the bacterial ribosome and inhibit protein synthesis. It has a broad-spectrum antimicrobial effect, including G+, G- bacteria, anaerobic bacteria, Rickettsia, Spirochetes and Chlamydia, etc.

The use of chloramphenicol is generally reduced due to serious adverse reactions such as high drug resistance of pathogenic bacteria and bone marrow suppression. However, it easily penetrates the blood-brain and blood-eye barriers, and is effective against intracellular pathogens such as Salmonella typhi and Rickettsia. There are still certain indications for its application.

Such as the treatment of ampicillin-resistant Haemophilus influenzae, Neisseria meningitidis and Streptococcus pneumoniae meningitis; combined with penicillin for ear-derived brain abscesses. During medication, peripheral blood should be monitored regularly, and long-term medication should be avoided.

Thiamphenicol has bactericidal effect on Haemophilus influenzae, Streptococcus pneumoniae and Neisseria meningitidis; it has only bacteriostatic effect on other bacteria. Pseudomonas aeruginosa, Acinetobacter, Enterobacter, Serratia marcescens, Indole-positive Proteus, MRSA and Enterococcus are resistant to it. Its side effects are slightly lower than that of chloramphenicol, and it can also be used for respiratory, urinary, and intestinal infections caused by sensitive bacteria.

Including rifampicin, rifamycin SV, rifapentine and rifabutin. It has a broad antibacterial spectrum and is effective against mycobacteria, G+ bacteria, G- and atypical pathogens.

Including vancomycin, norvancomycin, teicoplanin, etc. It can inhibit the synthesis of bacterial cell walls and also has an effect on cytoplasmic RNA, making it difficult to develop drug resistance.

Commonly used are polymyxin B and E. It has strong effects on aerobic G-bacteria, including Pseudomonas aeruginosa, and has obvious nephrotoxicity. It is mainly used for topical application; but in recent years it has become a candidate for the treatment of multi-drug resistant G-bacteria infections.

The indications for systemic application are: