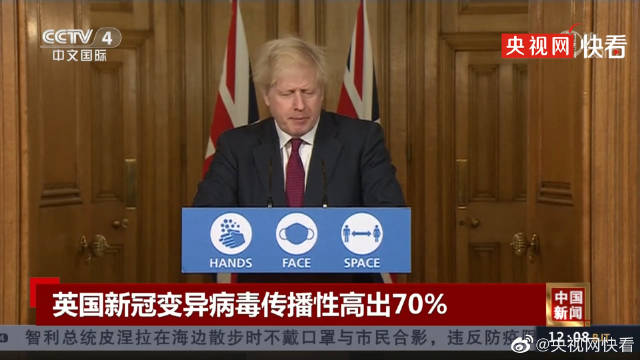 The new restrictions require people to work from home, avoid spending the night in other places, and do not leave the country. People across England are also advised not to travel. At the same time, Christmas activities in the fourth-level restricted areas will be cancelled, and people in the third-level restricted areas must change their Christmas plans.

According to reports, the stricter restrictions announced in the short term are in response to the severe situation of the rapid spread of the new coronavirus after mutation. The new variant of the virus is currently considered to be 70% more transmissible than the original strain.

The British side stated that the new variant may have been transmitted to foreign countries, and the most urgent task at present is to ensure that the variant virus does not cause higher mortality.