Genentech is expected to submit a marketing application for the drug for the treatment of DME in February 2020.  On December 21, 2020, Roche’s Genentech announced the positive top-line results of two global phase III clinical trials of the same design, YOSEMITE and RHINE. The study evaluated the bispecific antibody Faricimab in diabetic macular edema (DME). Role in patients.

In terms of secondary endpoints, more than half of the subjects who received the personalized administration of Faricimab in the first year extended the treatment interval to 16 weeks. In the Phase III clinical trial for the treatment of DME, it is the first time that any drug under investigation can achieve such a level of durability.

In addition, Faricimab was well tolerated overall, and no new safety signals were found.

DME is a vision-threatening complication of diabetic retinopathy (DR), affecting approximately 750,000 people in the United States, and is the main cause of vision loss for adults working at the right age. DR occurs when blood vessels are damaged and new blood vessel formation causes blood and/or fluid to leak to the retina. This can cause swelling and blockage of blood supply to certain areas of the retina. DME occurs when damaged blood vessels leak and cause swelling of the macula in the central area of ​​the retina. As the incidence of diabetes increases, the number of people suffering from DME is expected to increase. If left untreated, it can lead to blindness.

Although anti-VEGF single-drug injections have greatly reduced vision loss caused by DME, frequent eye injections and the burden of treatment related to medical treatment may lead to insufficient treatment, which may not bring the best vision results. It has been nearly ten years since the last drug with a new mechanism of action for the treatment of DME was approved, and there is still a need for more effective and durable therapies to address unmet clinical needs. 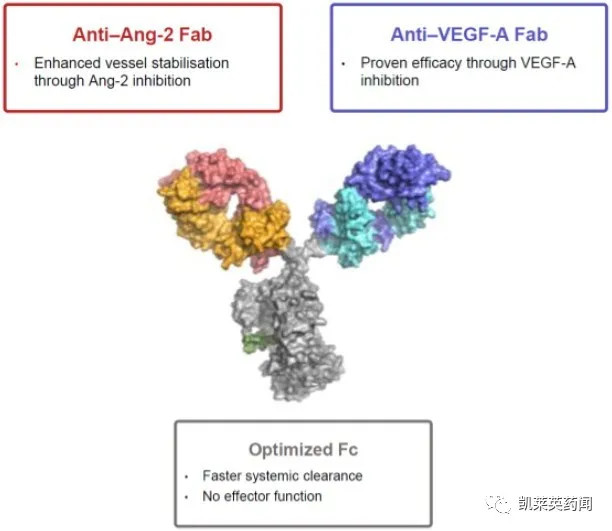 YOSEMITE and RHINE are two randomized, multicenter, double-blind global phase III clinical trials that evaluated the effectiveness and safety of Faricimab compared with aflibercept in 1891 patients with DME. Among them, the YOSEMITE study involved 940 people. There are 951 people in the RHINE study. 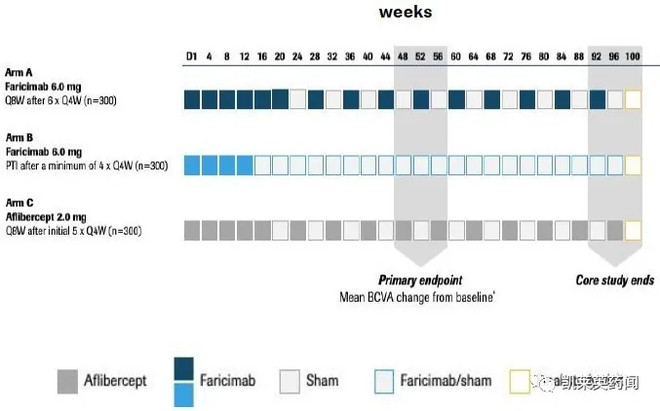 The primary endpoint of the study was the average change in the best corrected visual acuity (BCVA) score from baseline after one year. Secondary endpoints include:

In addition to YOSEMITE and RHINE, the phase III clinical trial Rhone-X also studied the long-term safety and tolerability of Faricimab in the treatment of DME. Phase III clinical trials of TENAYA and LUCERNE are studying Faricimab for the treatment of neovascular or “wet” age-related macular degeneration (nAMD), which is an advanced form of AMD that can cause rapid, severe, and irreversible vision loss. The detailed results of the YOSEMITE and RHINE studies will be announced in February 2021, when Genentech will submit a marketing application for the drug for the treatment of DME.