Recently, chickenpox has occurred in schools from time to time. There are a lot more children vaccinated against chickenpox.

Many parents will ask: “Is chickenpox vaccine won’t you get chickenpox?” This is really not a guarantee.

After being vaccinated with chickenpox vaccine, some children will develop chickenpox again, which is an unavoidable problem in the prevention and control of chickenpox. 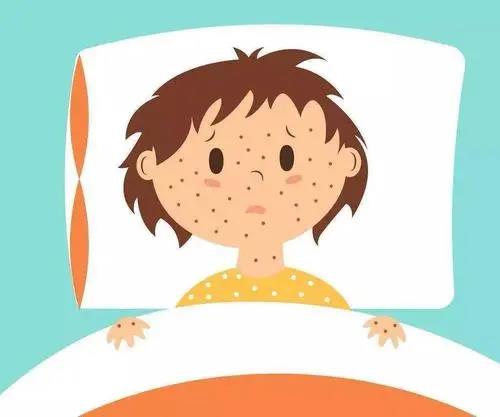 In addition to skin herpes, chickenpox can also cause hemorrhagic chickenpox or secondary bacterial infections, pneumonia, encephalitis and other serious complications.

Varicella is a highly contagious infectious disease with an RO of 10-12, second only to measles. The population is generally susceptible, and 90% of susceptible children develop the disease after contact.

It is the cause of public health emergencies in nurseries and schools. important reason. Students who have chickenpox need to be isolated at home.

If there are many sick students, the whole class or even the whole school will be suspended.

Although chickenpox is very harmful, fortunately there is the most effective weapon for prevention-chickenpox vaccine, which has high safety, effectiveness and cost-effectiveness.

When there is no varicella vaccine, there will be an epidemic cycle every 2-5 years.

With the vaccine, periodic outbreaks are eliminated. Domestic studies have shown that the effectiveness of a dose of domestic varicella vaccine is 81%-93%.

The Mete analysis of epidemiological protection effect shows that the overall protection rate is 73%.

Varicella vaccine plays a very important role in the prevention and control of chickenpox.

So why do children who have been vaccinated with chickenpox get chickenpox?

The point of varicella breakthrough cases

Chickenpox that occurs in a recipient who has received varicella vaccine more than 42 days after vaccination is called a breakthrough case, with an incidence rate of 0.9 per 100,000.

The main reason for breakthrough cases is secondary immune failure, which is related to the quality of the vaccine, individual factors, and the intensity and frequency of exposure to wild viruses in the external environment.

Many domestic and foreign studies have shown that the effective rate of a single dose of live attenuated varicella vaccine is decreasing year by year.

Vaccination for more than 3 years The effective rate can be reduced to 43%-61%, or even loss of protection.

Within 6 years of vaccination, the average number of varicella breakthrough cases was 2.72% per year, and the peak age was 60-71 months.

It is worth mentioning that even if no antibodies are found after vaccination, it can still provide partial protection.

The breakthrough case is also called varicella reduced by the vaccine.

A study in a hospital in Guangdong also showed that the fever rate, the number of blisters, and the incidence of complications in the vaccinated group were significantly lower than those of the non-vaccinated group.

The duration of rash and the time of scab removal were also shorter than those of the non-vaccinated group, which also showed Even if a breakthrough case occurs, the varicella vaccine can also play a very good protective role.

Although the incidence of breakthrough chickenpox is low, it is easy to cause transmission in schools and other collective units due to its contagiousness, so it is necessary to be vigilant.

One dose of varicella vaccine immunization program cannot achieve the best effect of controlling the outbreak of varicella in collective units such as nurseries and schools.

Cities such as Suzhou and Yancheng in Jiangsu have included varicella vaccine in their local immunization programs and implemented the “2-shot” vaccination procedure, namely, one dose each at 12 and 48 months of age to reduce outbreaks caused by varicella breakthrough cases .