NEJM’s amazing discovery: obesity is really “contagious”. The researchers found through calculations that if a person’s weight gains 7.7 kg, then his friend’s weight will increase by 2.3 kg accordingly.

Compared with COVID-19 pandemic, obesity has caused more deaths. Infection is not unique to viruses. In human social behavior, infection is ubiquitous. It is not difficult to understand the contagious nature of the virus, but did you know that obesity can also be contagious?

On July 26, 2007, Harvard University scientists published a research paper titled: The Spread of Obesity in a Large Social Network over 32 Years in the top international medical journal, the New England Journal of Medicine (NEJM). Through a 32-year follow-up study, it explored how obesity spreads in social networks. Research has surprisingly found that obesity is really “contagious” and spreads among family members and friends.

This research on social networks and obesity has attracted the attention of the medical community all over the world, and it has also had a worldwide influence.

The research conducted a 32-year follow-up survey of 12,069 people with close social connections, covering the period from 1971 to 2003. A longitudinal statistical model is used to test whether a person’s weight gain is related to the weight gain of friends, siblings, spouses, and neighbors.

The researchers measured the subjects’ body mass index and the ratio of weight to height, and used comprehensive data tests to determine whether the weight gain of their friends, spouses, siblings, and neighbors affected the subjects’ own weight gain.

The researchers found through calculations that if a person’s weight gains 7.7 kg, then his friend’s weight will increase by 2.3 kg accordingly.

In addition, the research report pointed out that gender is also closely related to people becoming obese. If one of a person’s same-sex friends becomes fat, then he has a greater chance of getting fat. Among same-sex friends, if a person gains weight, his friend’s chance of gaining weight increases by 71%; among relatives, if a man gains weight, his brother’s chance of gaining weight increases by 44%. Similarly, sisters will gain weight with each other. After the impact, the chance of weight gain increased by 67%. 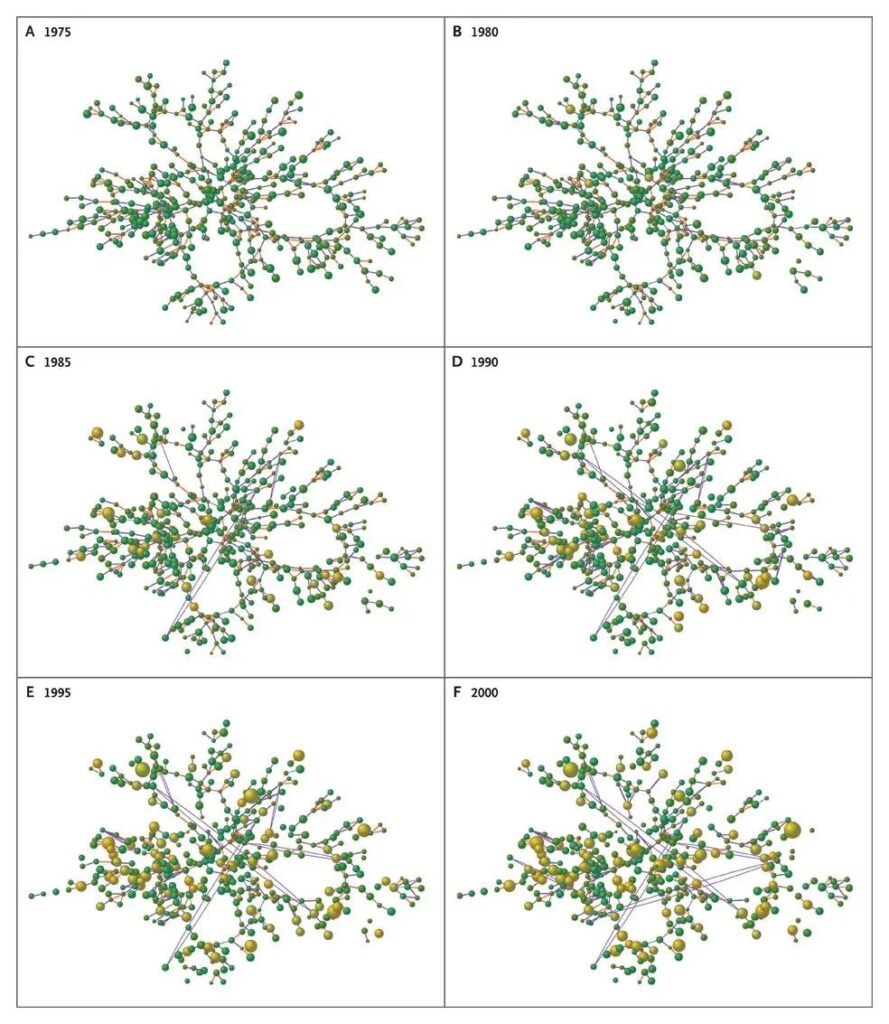 If you have two overweight friends around you, congratulations, your chances of getting fat will increase by 171%. If your brother or sister who lives with is overweight, your risk of overweight and obesity increases by 45% and 67%. Yes, You read it right. 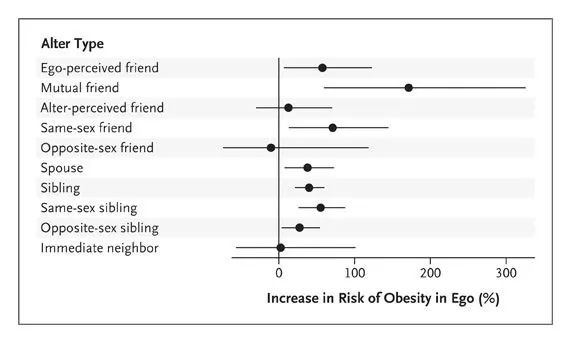 There are neither obesity bacteria nor obesity viruses in this world. So how is obesity contagious?

Researchers say that it’s not just that people with the same diet and exercise habits often stay together. On the contrary, a person’s friends or relatives get fat, which will change his concept of standard weight.

An important “infection” way of obesity is lifestyle. Originally, you may not have much interest in food, but under the influence of family, friends or your significant other, your taste buds will gradually be developed and become irresistible to food. Once your love for food is cultivated, after a period of time, “side effects” will manifest in your gradually thicker arms, legs, and bulging belly.

The influence of food intake is also an important way to “infect” obesity. Originally you had a skinny figure and did not realize that there was a problem with your food intake, but one day you have a “big stomach king” friend, then you have an extra moment to remind you to eat too little People, after a period of time, you will find that your appetite is stretched, and your appetite even doubles. In this case, it is difficult to stay fat.

Although studies have revealed the phenomenon of obesity “contagion”, researchers believe that people cannot cut the connection between friends. A large number of studies have shown that more friends will make people healthier.