The human genome contains more than 3 billion base pairs, about 75% of which are transcribed.

However, less than 2% of the sequences encode proteins and more than 98% of the regions are non-coding regions. Long non-coding RNA (lncRNA)…

The human genome contains more than 3 billion base pairs, about 75% of which are transcribed. However, less than 2% of the sequences encode proteins and more than 98% of the regions are non-coding regions.

Long non-coding RNA (long non-coding RNA, lncRNA) is a class of molecules with a length of more than 200 nucleotides, widespread, but not capable of protein coding. More and more studies have shown that they are involved in the regulation of gene expression. Plays an important function. 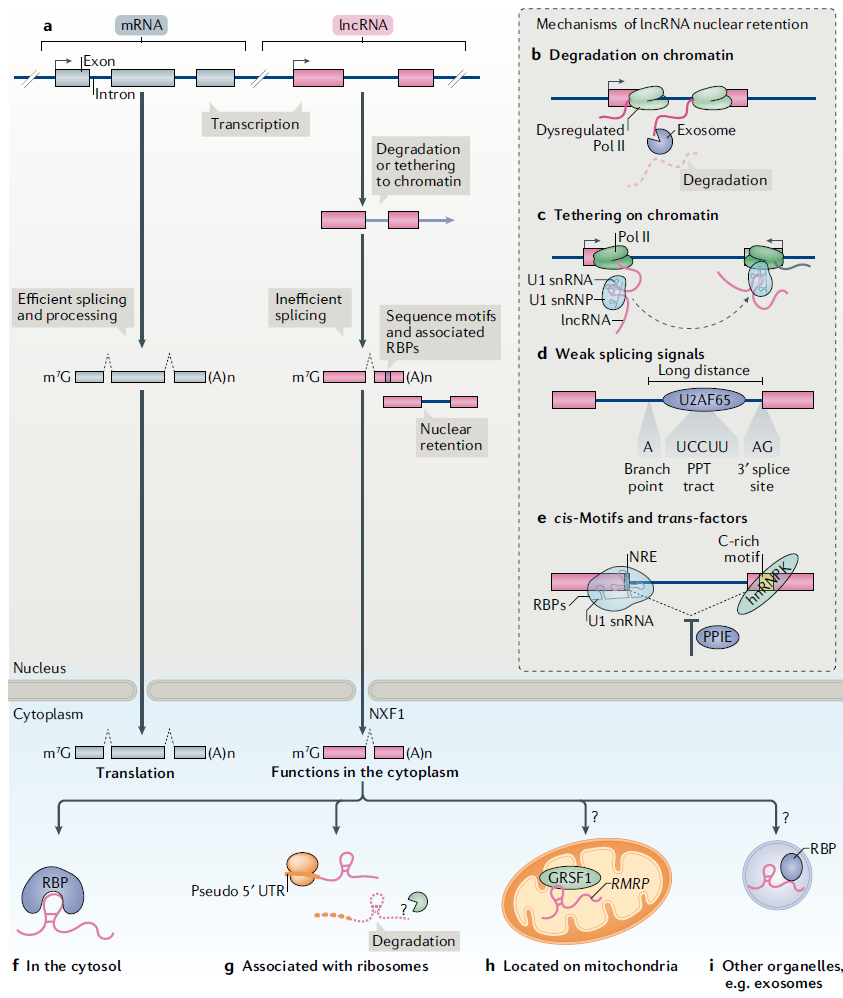 The biogenesis and cell fate of lncRNA

Although most lncRNAs are transcribed by RNA polymerase II (Pol II) and have polyadenylic acid tails and m7G cap structures, their processing and splicing efficiency is low, and they exhibit obvious nuclear localization.

The lncRNA located in the nucleus can interact with DNA, RNA, protein and other molecules to regulate the structure and function of chromosomes; or regulate gene transcription in cis or trans, and affect mRNA splicing, stability and translation.

Some lncRNAs are located in non-membrane substructures in the nucleus, such as nuclear speckle, paraspeckle, nuclear stress body, etc., and are involved in regulating their assembly and function. 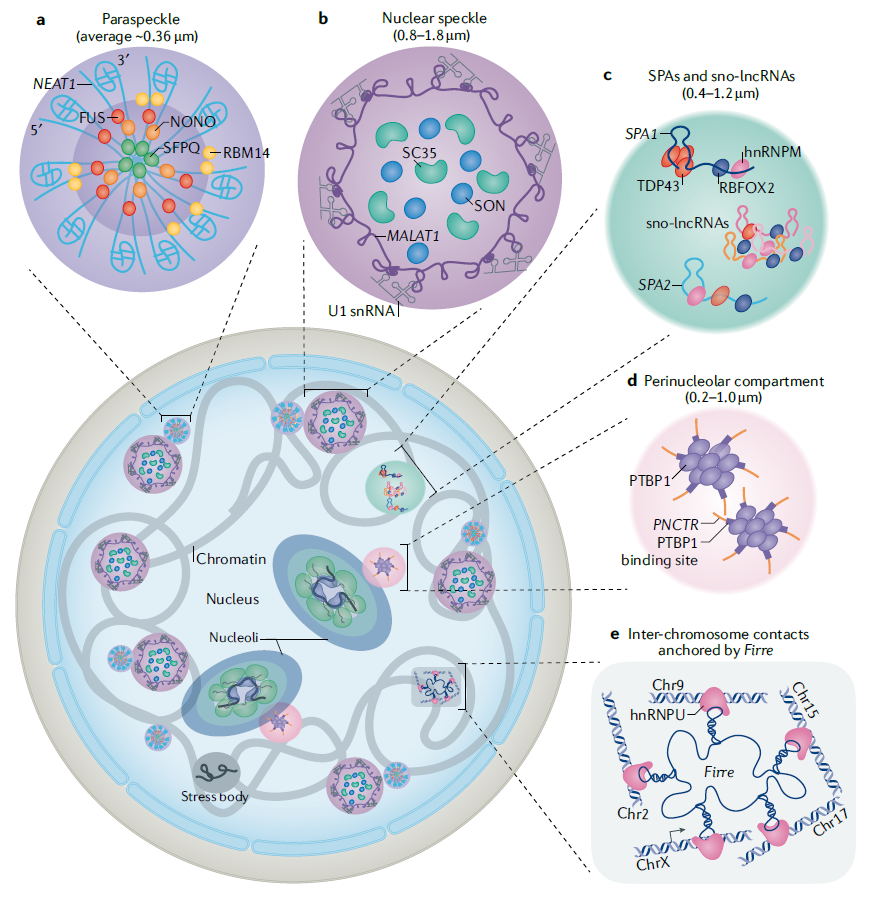 The role of lncRNA in the nucleus

The completely spliced ​​lncRNA is transported into the cytoplasm or other organelles through a mechanism similar to that of mRNA.

Once located in the cytoplasm, lncRNA trans-regulates gene expression at the post-transcriptional level, such as regulating mRNA translation and degradation, or participating in the regulation of intracellular signaling pathways.

The lncRNA located in special organelles can participate in the function and metabolic regulation of organelles, such as the oxidation reaction and homeostasis of mitochondria. 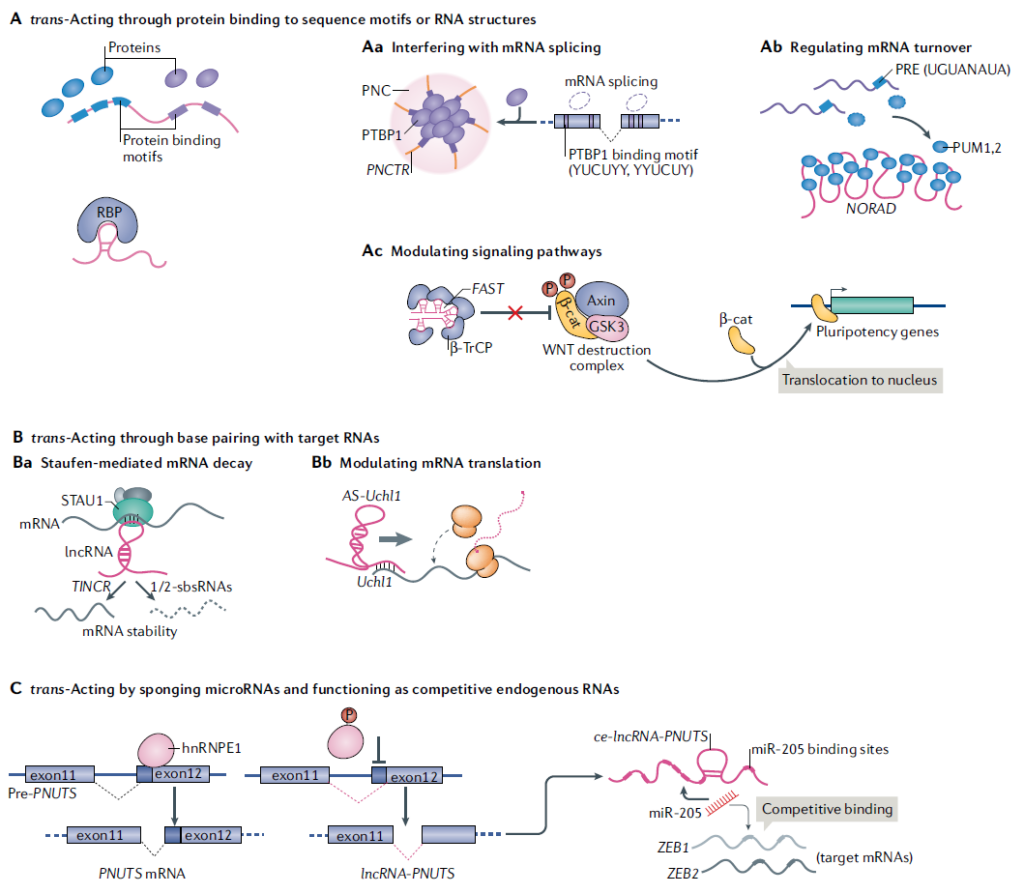 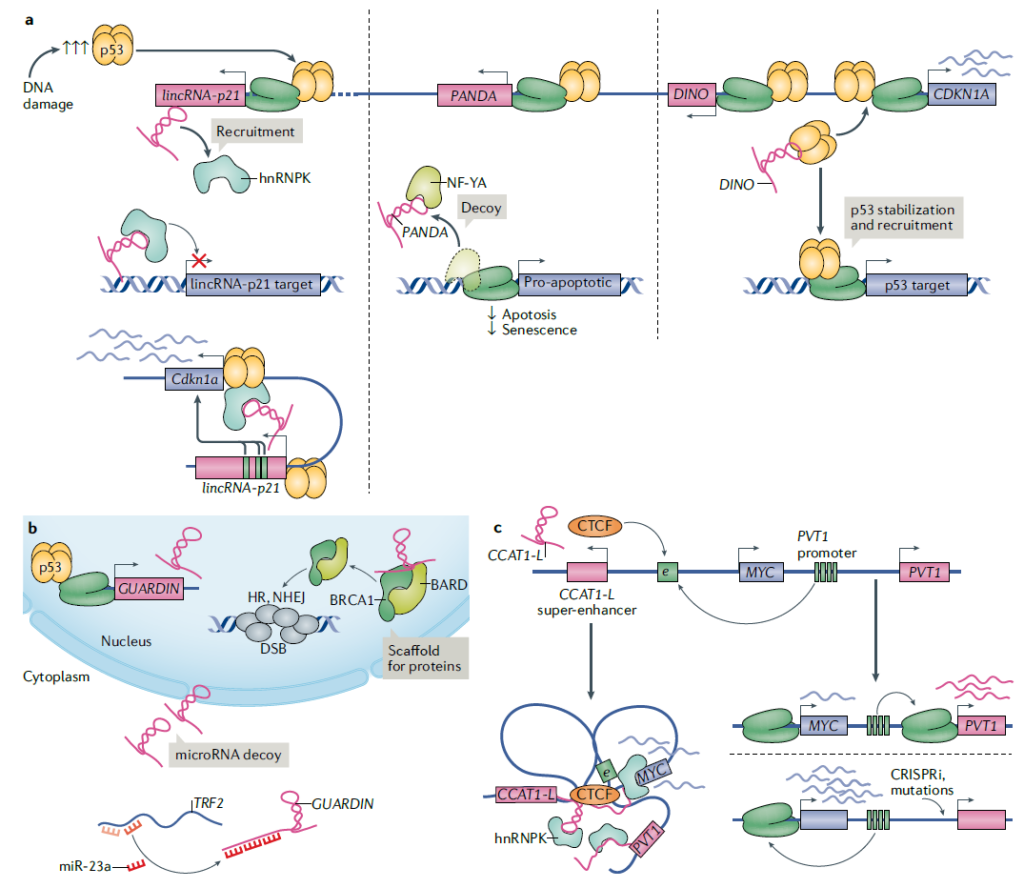 Finally, the article details the important regulatory effects and mechanisms of lncRNA in a variety of pathological conditions, including neurological differentiation, neurological diseases, hematopoietic, immune response, cancer and other related diseases, and analyzes and analyzes lncRNA as a therapeutic target. Outlook.

Professor Maite Huarte and researcher Chen Lingling from the University of Navarra in Spain are the co-corresponding authors of this article.

Luisa Statello, a postdoctoral fellow in the Maite Huarte group, and Guo Chunjie, a doctoral student in the Chen Lingling group, are the co-first authors of this article.

The research group of Lingling Chen, Center for Excellence in Molecular Cell Science (Institute of Biochemistry and Cell Biology), Chinese Academy of Sciences, has been engaged in long non-coding RNA biology research for a long time, and published a series of important research results on long non-coding RNA, including 4 Cell papers: Two lncRNA papers and two circRNA papers, this article focuses on two lncRNA papers.

This result reveals the important function and mechanism of SLERT of long non-coding RNA in the cell nucleus during the transcription of RNA polymerase I.

This is the first time that long non-coding RNA that can regulate RNA polymerase transcription has been discovered in human cells.

In addition, the results also explain the unique new functions of this RNA and expand the mechanism of action of long non-coding RNAs. 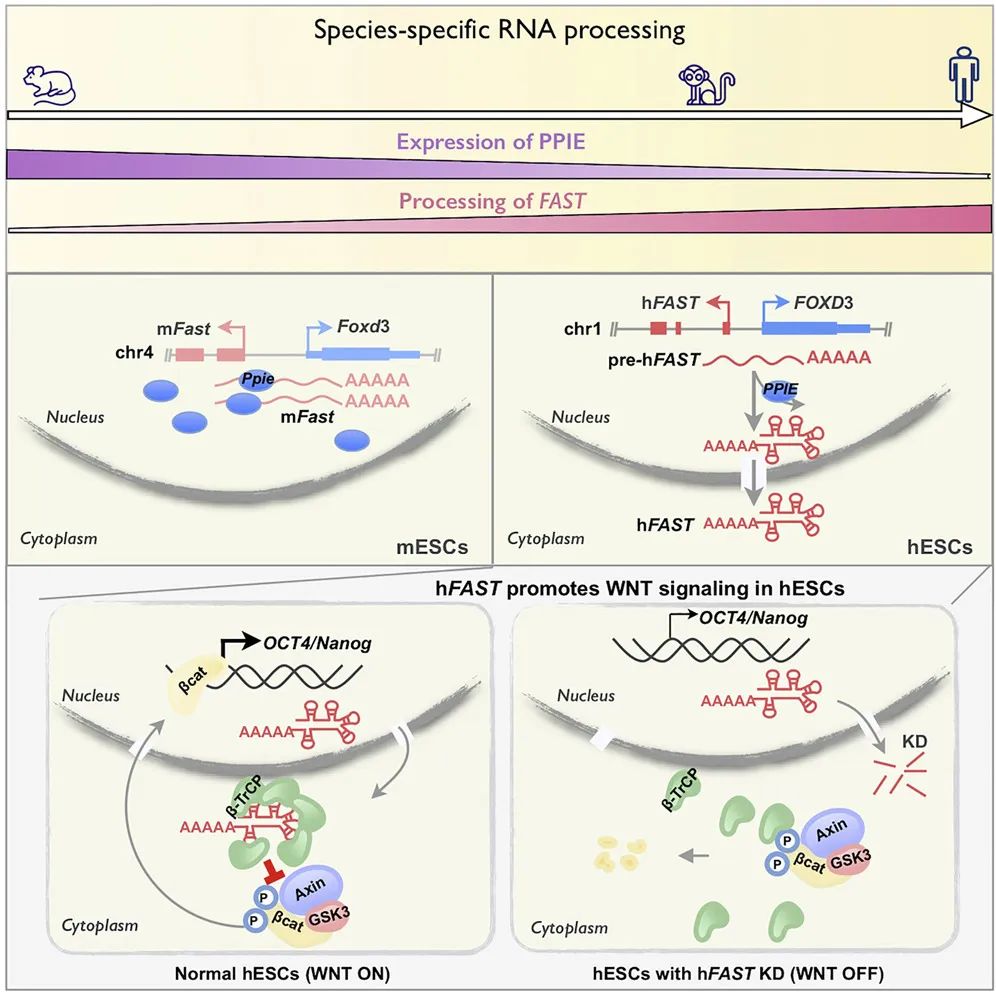 The different subcellular locations of these long non-coding RNAs in stem cells from different species suggest that they may have different processing methods and biological functions in human and mouse embryonic stem cells.

Mechanism studies have shown that in human embryonic stem cells, cytoplasmic hFAST binds to β-TrCP protein, which prevents β-TrCP from degrading the key protein β-catenin in the important signaling pathway WNT, thereby maintaining the continuous activation of WNT signaling pathway and the self-renewal of stem cells.

In mouse embryonic stem cells, mFast is located in the nucleus and cannot bind β-TrCP, nor does it affect the WNT signaling pathway and stem cell pluripotency.

In order to further explore the molecular mechanism of the differences in the processing and positioning of long non-coding RNAs between different species, the researchers combined with bioinformatics analysis and prediction and experimental verification to screen the key factor PPIE that regulates their different positions.