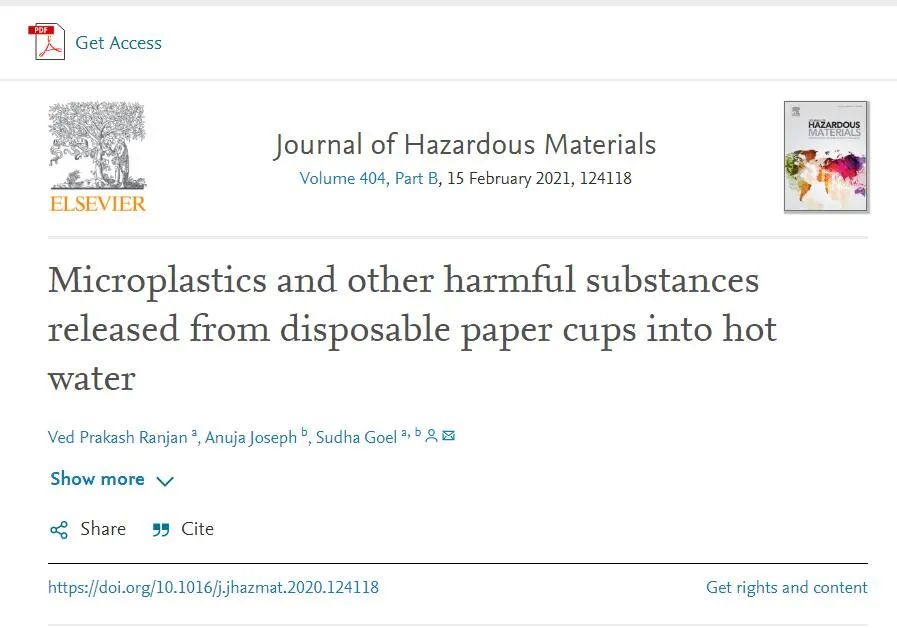 In the experiment, the researchers poured ultrapure water into a disposable paper cup with a temperature between 85 and 90°C, and then let it stand for 15 minutes. The researchers then analyzed the hot liquid under a fluorescence microscope and also examined the changes in the physical, chemical, and mechanical properties of the plastic lining.

The results are shocking. It was confirmed by scanning electron microscopy that microplastic particles were released into ultrapure water. Exposure of a disposable paper cup to hot liquid for 15 minutes would produce approximately 10.2 billion submicron particles.

After standing for 15 minutes, the microplastics were observed under a fluorescence microscope at 20 times. 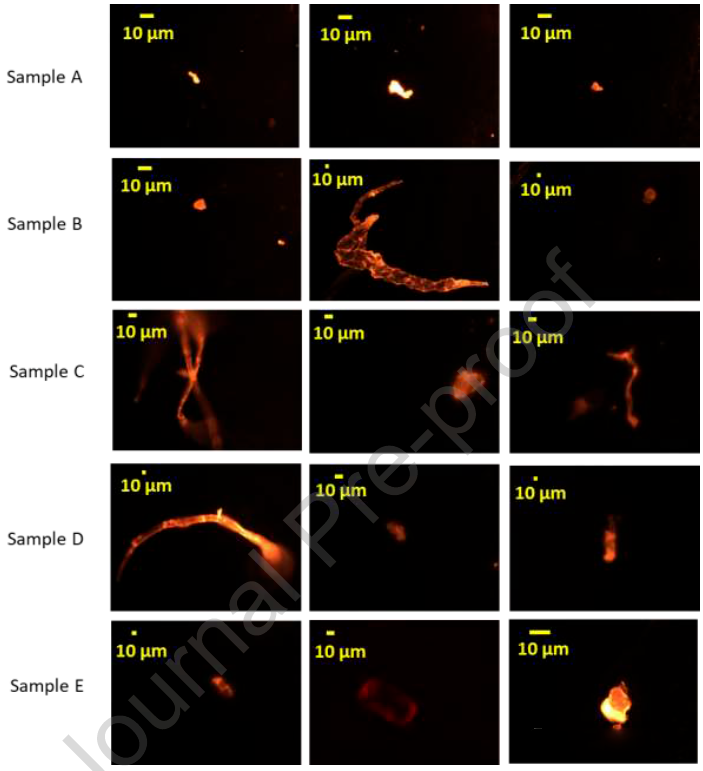 A sensitive technique for separating chemicals has identified microplastics in hot water. According to the researchers, a paper cup containing hot coffee or hot tea will degrade the microplastic layer in the cup within 15 minutes. It releases 25,000 micron-sized particles into hot drinks. An ordinary person who drinks three cups of tea or coffee in a disposable paper cup every day will consume 75,000 invisible plastic particles.

Researchers said that the diameter of these almost invisible microplastics is generally less than 5 millimeters. If long-term ingestion, the health effects may be serious.

3 kinds of water cups  may also be harmful to the body!

1. Plastic water cups are the easiest to hide dirt

Plastic cups should also be unpopular. Plasticizers are often added to plastics, which contain some toxic chemicals. When using plastic cups to fill hot or boiling water, the toxic chemicals are easily diluted into the water, and the internal microstructure of the plastic has many pores. There are dirt hidden in it, and bacteria can easily grow if it is not cleaned. Therefore, when purchasing a plastic cup, be sure to choose a cup made of food-grade plastic that meets national standards.

Colorful cups are very attractive, but it is best not to use them. Because there are huge hidden dangers in those bright pigments, especially the inner wall is coated with glaze. When the cup is filled with boiling water or beverages with high acidity and alkalinity, the lead and other toxic heavy metal elements in these pigments are easily dissolved in the liquid. People drink liquids with chemical substances, which will cause harm to the human body.

Metal cups, such as stainless steel, are more expensive than ceramic cups. The metal elements contained in the composition of the enamel cup are usually relatively stable, but in an acidic environment, they may dissolve out. It is not safe to drink coffee, orange juice and other acidic beverages.

The first choice for drinking water is a ceramic cup without colored glaze, especially the inner wall should be colorless. Not only the material is safe, it can withstand high temperatures, but also has a relatively good insulation effect. Drinking hot water or tea is a good choice.

Therefore, for your health, you should choose the right cup for drinking water, and beware of the harm caused by diseases.