Breast cancer IDC type: mucinous breast carcinoma. Mucinous carcinoma of the breast is a type of female breast cancer, and most patients are 60 or 70 years old.

Mucinous carcinoma of the breast, sometimes called colloid carcinoma, is a rare type of invasive ductal carcinoma (cancer starts in the milk duct and spreads to nearby healthy tissue).

In this type of cancer, the tumor is composed of abnormal cells that “float” in a pool of mucin, which is a key component of the slimy, slippery substance called mucus. 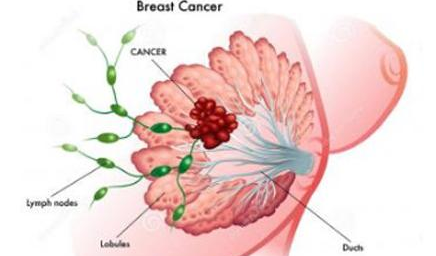 Usually, mucus lines most of the inner surface of our body, such as our digestive tract, lungs, liver and other vital organs. Many types of cancer cells, including most breast cancer cells, produce some mucus. However, in mucinous carcinoma, mucin becomes part of the tumor and surrounds breast cancer cells. Under the microscope, it appears that cancer cells are scattered throughout the mucus pool.

Although mucinous carcinoma can be diagnosed at any age, it often affects women after menopause. Some studies have found that the average age at diagnosis is 60 or 70 years old.

Although mucinous carcinoma is an invasive breast cancer, it is often a less aggressive type that responds well to treatment. Compared with other types of breast cancer, mucinous cancer is less likely to spread to the lymph nodes.