Ankylosing spondylitis is a chronic disease that mainly affects the spine. It mostly occurs in young men between 20 and 30. The initial symptoms of the onset are lumbosacral pain and morning stiffness. According to the international general diagnostic criteria, patients with low back pain are in three Months or more, and imaging shows that sacroiliac arthritis or HLA-B27 is positive in laboratory examination, and the influence of factors such as bad posture and activity are excluded, it can be diagnosed as ankylosing spondylitis.

Ankylosing spondylitis causes great damage to the human spine or other joint tissues, and prompt treatment is needed once it is diagnosed. If you have suspected symptoms related to ankylosing spondylitis, you need to go to the rheumatology department of a major hospital for detailed examination and disease evaluation to confirm the diagnosis or rule out. Moreover, the names of glucocorticoid drugs used in treatment also have a feature. Their common names often end with “what is loose”, such as “prednisone”, such as “dexamethasone”, etc. Patients can rely on these to follow Non-steroidal anti-inflammatory drugs are differentiated.

What are the effects of non-steroidal drugs on ankylosing spondylitis?

When drugs are used to inhibit inflammatory mediators, inflammation can be relieved and pain can also be relieved. Non-steroidal anti-inflammatory drugs (NSAIDs) are just such drugs, which act on cyclooxygenase to inhibit the synthesis of prostaglandins from arachidonic acid, thereby inhibiting inflammation and reducing pain.

In patients with ankylosing spondylitis, the sacroiliac joints may have bone destruction and bone fusion. Spinal involvement may be accompanied by heterotopic ossification including tendon ligaments, intervertebral discs, endplates and bony processes, and ligament osteophytes grow from adjacent vertebrae , And finally connected to form a new bone bridge, resembling a bamboo joint change. 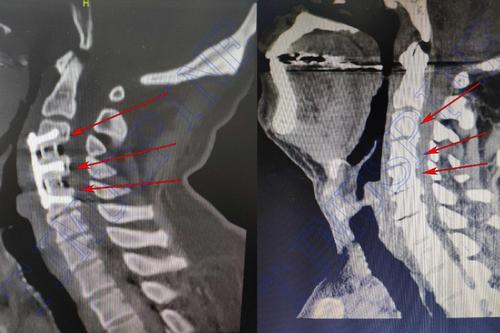 These pathological changes further affect the physical functions of patients with ankylosing spondylitis, severely reduce the quality of life of patients, and ultimately lead to disability. Therefore, it is of great significance to inhibit the formation of new bone.