Anaplastic large cell lymphoma is a relatively rare lymphoma, and the approval of crizotinib is also its first targeted drug.

Recently, the US FDA approved Crizotinib (trade name: Xalkori) as a new indication for the treatment of ALK-positive relapsed/refractory systemic anaplastic large cell lymphoma (ALCL) in children over 1 year old And adult patients.

The first biomarker-driven targeted drug for this type of lymphoma approved by the FDA is a major milestone in clinical treatment.

Anaplastic large cell lymphoma (ALCL) is relatively rare. It is a highly malignant tumor that originates from peripheral T lymphocytes. It belongs to non-Hodgkin’s lymphoma (NHL) and accounts for about 30% of NHL.

ALCL is mainly divided into skin ALCL and systemic ALCL. Skin ALCL accounts for about 12%, mainly manifested as isolated or localized masses on the skin of the face, trunk, and extremities, expressing CD30 but not ALK. This type of patients is dominated by chemotherapy, with a good prognosis, and the 5-year survival rate is about 90%.

Systemic ALCL accounts for about 88% and is highly aggressive, accompanied by lymphadenopathy, but nodules are more common, mainly involving bones, bones and lungs. Among them, about 65% of patients with positive ALK expression. 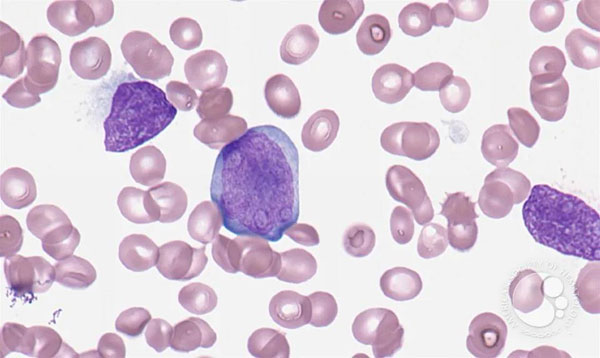 The clinical treatment of ALCL patients is mainly radiotherapy/chemotherapy and bone marrow transplantation, and the 5-year survival rate is about 50%. Although the effect of chemotherapy is good, some patients still develop resistance or relapse after standard treatment, and cannot achieve long-term survival or remission. Therefore, better treatments are urgently needed.

Last year, Adcetris, the first first-line targeted drug for systemic ALCL, was approved in the EU, combined with CHP (cyclophosphamide, doxorubicin, prednisone), for the treatment of systemic ALCL patients who have not received previous treatment , Broke the ten-year plight of no target.

In August 2011, Crizotinib was approved for marketing in the United States for the treatment of ALK+ lung cancer. At present, the drug has been approved to treat ALK-positive and ROS1-positive NSCLC patients in dozens of countries/regions including the European Union, China, and Canada.

In May 2018, crizotinib was awarded the FDA Breakthrough Therapy (BTD) designation, and its indication is ALK-positive ALCL.

▌Remission rate is 88%! Crizotinib is approved for new indications!

This approval is based on the results of study ADVL0912 (NCT00939770). The study enrolled 121 patients aged 1-21 years, including 26 ALK-positive relapsed/refractory ALCL patients who had received at least one systemic treatment.

The approval of crizotinib is a major advancement in the treatment of ALCL patients, bringing new treatment options for patients with drug resistance or relapse.