Nature:  Nano-drug carriers have organ selectivity for delivery of mRNA and CRISPR gene editing.  This research has developed a series of new phospholipids that are easy to break the membrane, expand the types and structures of phospholipids, and broaden the LNPs system. It proves that both the regulation of lipid chemical structure and the regulation of nanoparticle components can achieve organ selectivity, which provides ideas for the development of next-generation gene vectors, which will greatly promote organ-specificity based on mRNA delivery and CRISPR/Cas gene editing Research on the treatment of sexual diseases.

In recent years, mRNA-based protein replacement therapy and CRISPR/Cas-mediated gene editing have great application prospects in the treatment of many diseases. In particular, the mRNA COVID-19 vaccine developed by Moderna and Pfizer/BioNtech has been successfully applied recently. Emmanuelle Charpentier and Jennifer A. Doudna won the 2020 Nobel Prize in Chemistry for their “CRISPR/Cas9 gene editing technology”. However, safe and effective in vivo delivery is still the biggest obstacle restricting the application of gene therapy.

In the field of RNA delivery, Lipid nanoparticles (LNP) have made outstanding achievements. The first siRNA drug (Onpattro) approved by the FDA in 2018 and the above two mRNA COVID-19 vaccines both use a lipid nanoparticle (LNP) delivery system.

Although the existing research work has made some progress, we still need a more efficient and intelligent in vivo delivery system. In particular, 1) The most efficient LNPs system at present, only 1%-4% of RNA escapes endosomes, and endosome escape performance is low; 2) Most of the existing LNPs have liver-targeting, which is not the liver. The problem of targeted and specific delivery needs to be solved urgently.

The author speculates that a zwitterionic head composed of a tertiary amine and a phosphate group, combined with a tail with three hydrophobic alkyl chains, will facilitate the escape of phospholipid endosomes (Figure 1).

In an acidic endosomal environment, the tertiary amine is protonated, and the phospholipid forms a smaller zwitterionic head and a larger multi-hydrophobic chain tail, which is inserted into the phospholipid membrane to form a cone structure, which promotes the membrane to transform into a hexagonal crystal phase. Achieve endosomal escape. At a neutral physiological pH, the negatively charged iPhos is difficult to insert into the endosomal membrane, which ensures the low toxicity of the iPhos material. In order to verify this theory, the author designed and synthesized 572 iPhos phospholipids (Figure 2), which contain various amphiphilic heads and different numbers of hydrophobic chain tails. In vitro structure-activity relationship results and membrane phase transition studies have effectively supported the above theory. 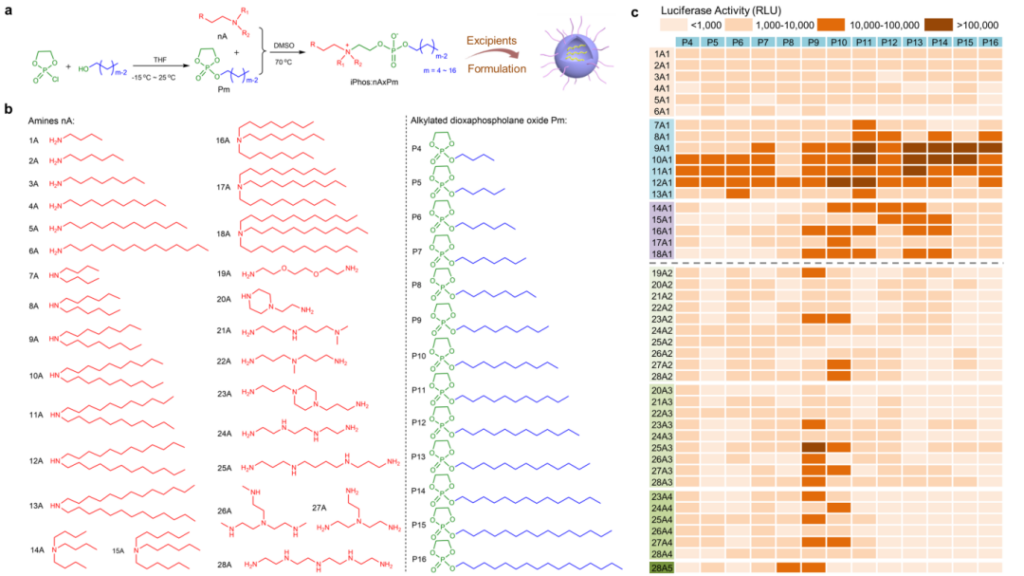 Figure 2. Synthesis of 572 iPhos and in vitro mRNA delivery screening.

Next, the authors further screened for mRNA delivery in vivo. The structure-activity relationship in vivo revealed very interesting conclusions. The structure of iPhos not only affects transfection efficiency in vivo, but also controls organ selectivity.

2) The length of the alkyl chain on one side of the tertiary amine controls the efficiency of mRNA delivery in vivo, and the 8-10 carbon chain length iPhos has the highest efficiency in vivo;

In 2020, Professor Siegwart’s team developed an organ selective targeting (SORT) technology, which has great potential in the application of mRNA delivery and CRISPR/Cas gene editing. The related results were published in Nature Nanotechnology.

Using SORT technology for reference, the author focused on the optimized iPhos 9A1P9, assisted with various lipids, and realized organ-specific mRNA delivery on the premise of ensuring high mRNA delivery efficiency: 9A1P9 bound zwitterionic lipids (DOPE) ), which mediates the expression of mRNA in the spleen; 9A1P9 binds to ionizable cationic lipids (MDOA, DODAP or 5A2-SC8) so that mRNA is expressed in the liver; 9A1P9 binds to non-ionizable cationic lipids (DOTAP or DDAB) to achieve mRNA is expressed in the lung.

It is worth mentioning that 9A1P9-5A2-SC8 iPLNPs have reached the upper limit of chemiluminescence detection by small animal in vivo imaging systems at a dose as low as 0.05 mg/kg Fluc mRNA. The mRNA delivery efficiency of 9A1P9 is 40 to 965 times that of commercial phospholipids DOPE and DSPC.

Then, the author used FDA-approved DLin-MC3-DMA LNPs (siRNA drug Onpattro) As a positive control, the efficiency of 9A1P9-5A2-SC8 iPLNPs in delivering mRNA in vivo was 13 times that of DLin-MC3-DMA LNPs. These research results fully proved the excellent performance of iPhos in mRNA delivery.

Subsequently, the authors used liver-targeted 9A1P9-5A2-SC8 iPLNPs and lung-targeted 9A1P9-DDAB iPLNPs to conduct applied research on mRNA delivery and gene editing. The author chose tdTomato (tdTom) transgenic mice. When the termination signal before the tdTom gene is removed by Cre enzyme or CRISPR/Cas9, the expression of red fluorescent protein will be activated for easy detection.

The author further applied organ-targeted iPLNPs to CRISPR/Cas gene editing to co-deliver Cas9 mRNA and sgRNA. After an intravenous administration, liver-targeted 5A2-SC8 iPLNPs and lung-targeted 9A1P9-DDAB iPLNPs successfully edited the liver and lungs of tdTom mice, maintaining organ specificity. Next, the author targeted iPLNPs to edit endogenous genes
(PTEN) capabilities were tested. In C57BL/6 mice, after a single intravenous injection of iPLNPs loaded with Cas9 mRNA and sgPTEN, not only was successfully observed organ-selective gene editing, but the lung-targeted 9A1P9-DDAB iPLNPs had a high gene editing efficiency of 28.3 in the lungs. %.

Finally, the author verified the clinical translation potential of the iPLNPs system:

2) iPLNPs can be administered repeatedly to maintain high transfection efficiency;