WHO: The new coronavirus is “very unlikely” from the laboratory

The WHO said that the new coronavirus is “very unlikely” from the laboratory. The White House: Will carefully evaluate.

According to the news from CGTN on Weibo on February 9, the China-WHO Joint Expert Group on the Traceability of the Novel Coronavirus held a press conference in Wuhan that afternoon. Peter, the head of the WHO expert group, said that after the joint expert group exhausted all possibilities, it listed four hypotheses and demonstrated them one by one:

Peter pointed out that the hypothesis that the virus laboratory accident caused the virus to spread is extremely unlikely.

On January 14, members of the WHO virus traceability expert group came to Wuhan and ended the isolation on January 28. Afterwards, the WHO expert team visited the South China Seafood Market, the Center for Disease Control, Wuhan Institute of Virology and other places for on-site inspections. Foreign Ministry spokesperson Wang Wenbin said on February 3 that the international expert group had fruitful discussions with the Chinese side, and at the same time visited hospitals, markets, and the Center for Disease Control and Prevention. Related work is progressing smoothly. 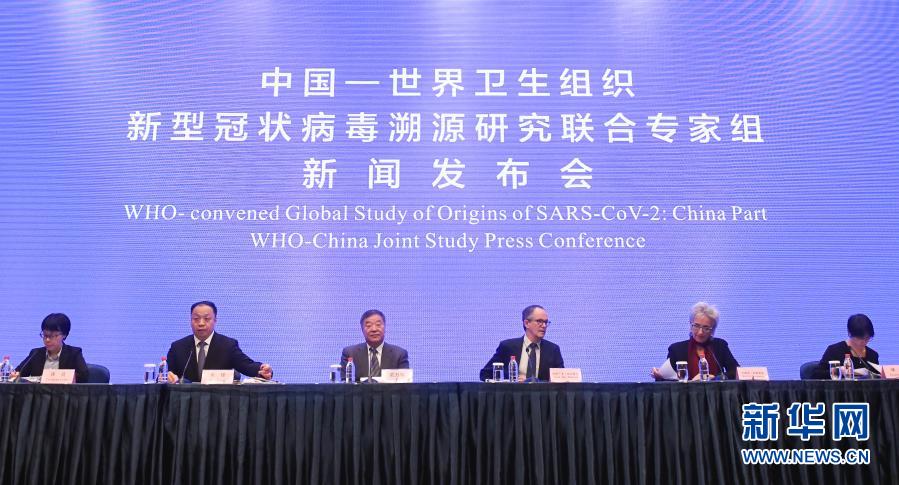 Wang Wenbin said on February 8 that the visit of the WHO expert team to China is part of the global scientific cooperation on traceability. Chinese and foreign experts overcame the epidemic and sat together face to face for the first time. With a scientific and rigorous attitude and the principle of seeking truth from facts, they conducted candid, in-depth and friendly exchanges on relevant issues. “As far as I know, many consensuses have also been reached. I believe these It will be fully and accurately reflected in the report.”