Macron: Russian & Chinese vaccines are necessary to win the “World War” against COVID-19 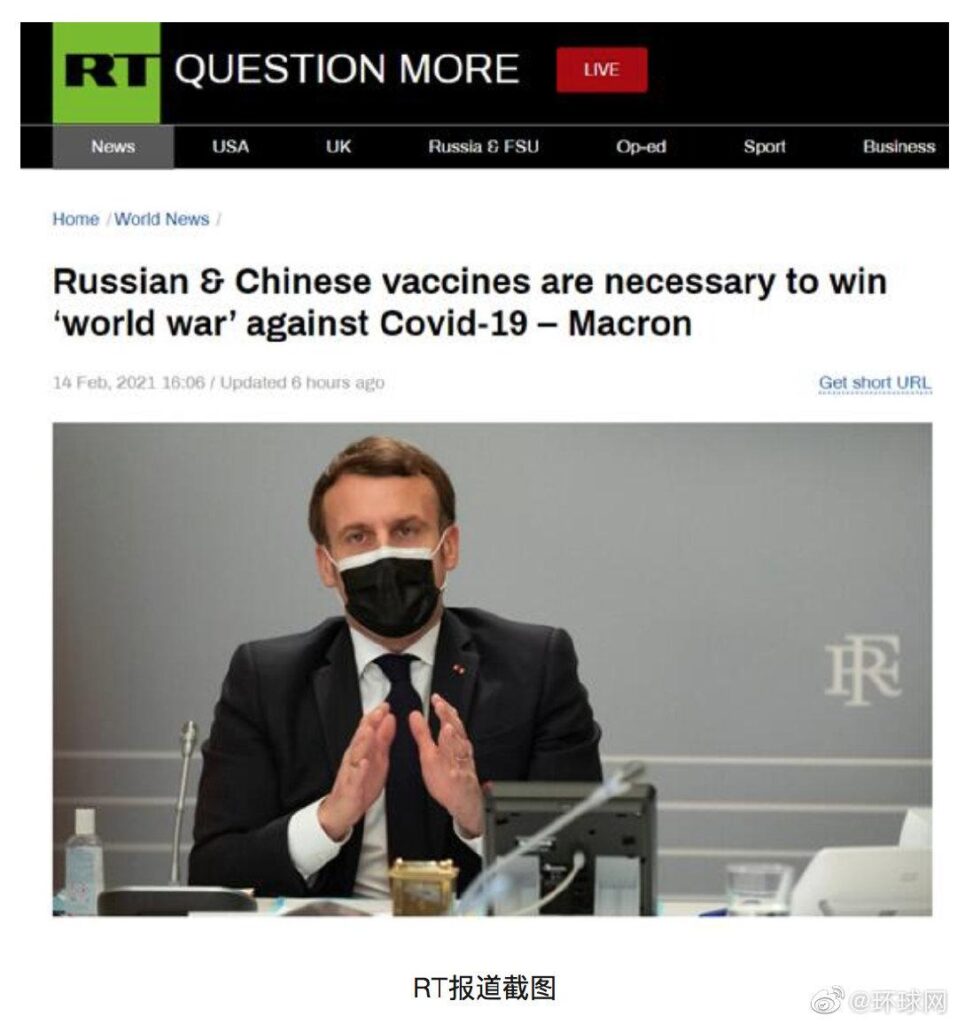 Based on RT and Associated Press reports, French “Sunday” broadcasted an interview with Macron on the 14th local time. Macron said that the world needs the Sino-Russian COVID-19 vaccine to win the “war” against the epidemic. As the COVID-19 virus is constantly mutating, he called on the world to work hard to fight the epidemic and race against time.

“Once they (the Sino-Russian COVID-19 vaccine) obtain the necessary certification from the World Health Organization, we must cooperate with China and Russia so that the vaccine developed by their scientists can be incorporated into the huge multilateral effort to fight the epidemic.” RT cited Macron. According to the interview.

According to the report, Macron also stated that it is necessary for the world to work together to curb the spread of the new coronavirus that has been shown to mutate rapidly and produce new dangerous strains. He believes that this makes the fight against the epidemic “a world war”.

RT said Macron also praised US President Biden for reversing the former president’s decision to withdraw from WHO and extending donations to WHO projects. According to the Associated Press, Macron also urged the international community to increase efforts to provide the COVID-19 vaccine to poor countries.