Nature Sub-Journal: Nap is a biological rhythm controlled by genes

In modern society, with the accelerated pace of work and life, and the interference of various entertainment activities, few people can have enough sleep time. However, sleep is very critical to human health. In a sense, the quality of sleep determines the quality of life to a large extent.

It is worth noting that, as an important part of the natural sleep cycle, nap is abandoned, ignored or even forgotten by more and more people. In fact, a nap can not only make up for the effects of night insomnia, but also eliminate the tension and irritability caused by work, so that people can maintain a good mental state.

On February 10, 2021, researchers from Massachusetts General Hospital (MGH) published a research paper titled: Genetic determinants of daytime napping and effects on cardiometabolic health [1] in Nature Communications, a sub-Journal of Nature.

This study found 123 areas in the human genome that are related to nap during the day, and three different mechanisms that promote nap. Researchers also showed that the nap habit is related to cardiometabolic health, not only that, many genes related to nap are also closely related to human health.

In fact, in human society, whether a nap is necessary has always been a controversial issue. Some countries that have long had a “siesta culture”, such as Spain, no longer encourage this habit. At the same time, however, some companies in the United States advocate the use of noon naps to improve the mental state of employees in the afternoon.

In this regard, Dr. Hassan Saeed Dashti, the first author of this study, said: “Therefore, it is very important to uncover the biological pathways that lead us to nap.”

In this study, researchers at Massachusetts General Hospital used data from the UK Biobank, which contained genetic information of 452,633 people. All participants were asked about the frequency of naps-including “never/rarely naps”, “sometimes naps” and “frequent naps”. Among them, a small number of participants wore activity monitors to determine whether these participants took a nap.

Based on these data, the research team then used genome-wide association analysis (GWAS) to identify 123 gene regions related to nap in the human genome. The research results include: missense variants in drug targets for the treatment of sleep disorders (HCRTR1, HCRTR2), genes related to wakefulness (TRPC6, PNOC), and genes in the obesity-sleepiness pathway (PNOC, PATJ). 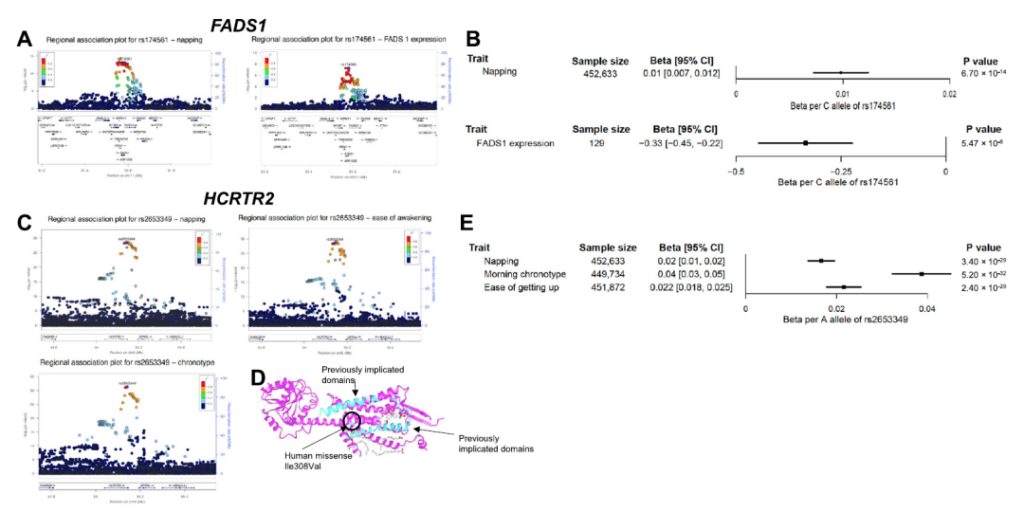 Not only that, but other features of the study also support this result. For example, the researchers independently repeated their findings in the genome analysis of 541,333 people collected by genetic testing company 23andMe. In addition, a large number of genes near or in regions identified by genome-wide association analysis (GWAS) have been found to play a role in sleep, such as KSR2. 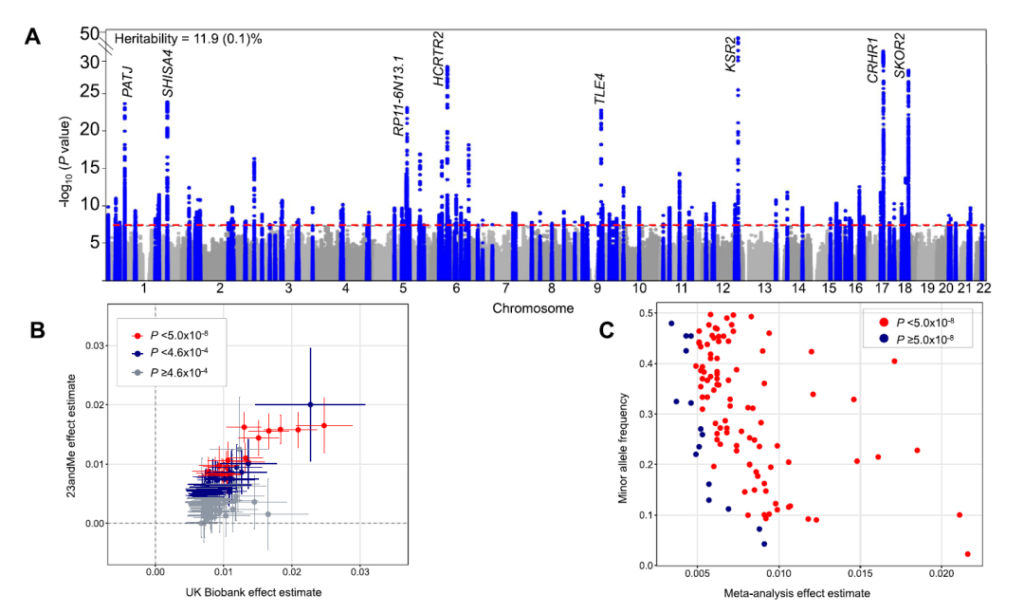 After in-depth analysis of the research data, the research team discovered at least three potential mechanisms that promote naps:

Sleep tendency: some people need more sleep than others;

Sleep interruption: A nap can help make up for the effects of poor sleep quality or night insomnia;

Wake up too early: Early risers may take a nap in the afternoon.

The results of these experiments show that nap is a gene-driven behavior, not just environmental or behavioral choice.

More importantly, the researchers also identified three different mechanisms that promote naps through cluster analysis, which are also related to the heterogeneity of cardiometabolic results. Mendelian randomization shows that there is a potential causal relationship between more frequent naps during the day and high blood pressure and increased waist circumference. 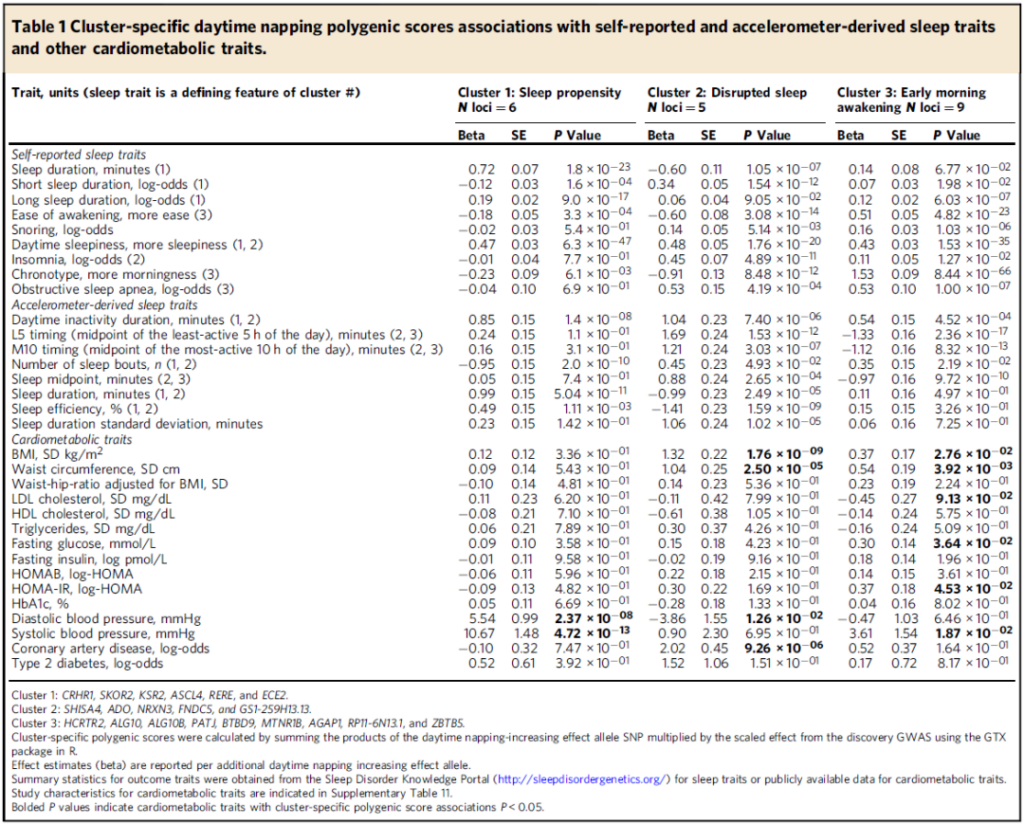 In addition, some genetic mutations related to nap have also been confirmed to be linked to a neuropeptide called orexin, which plays an important role in the waking state. Previous studies have shown that orexin is related to rare sleep disorders such as narcolepsy. 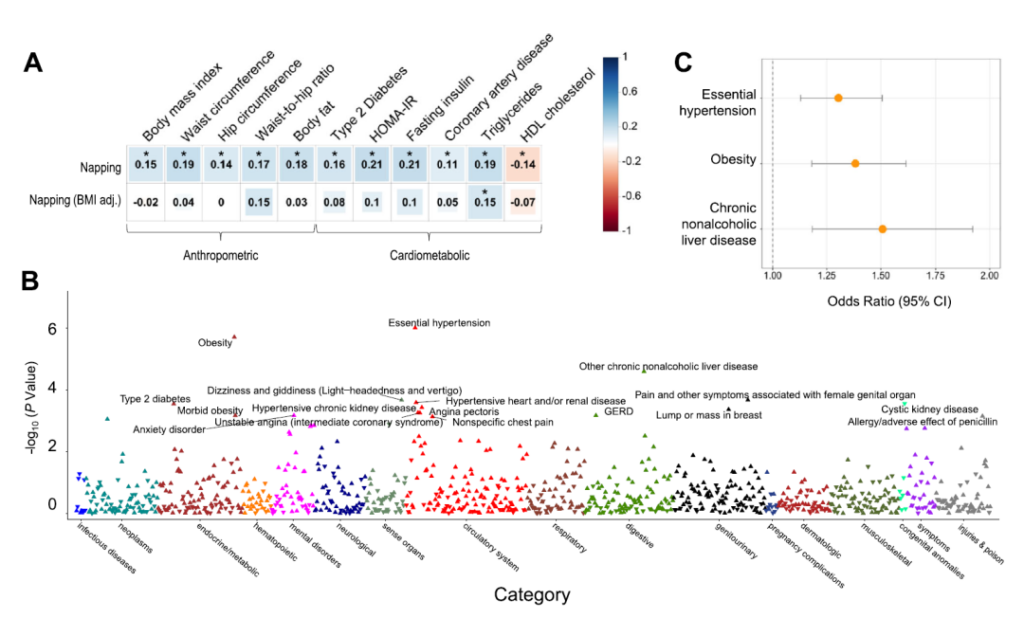 From this point of view, nap is a biological rhythm controlled by genes. It is not only related to the mental state of people, but also closely related to people’s health. A proper nap can not only improve cognitive ability and reduce the risk of dementia, but also improve cardiometabolic health; but excessive nap can cause high blood pressure and increased waist circumference.

New discoveries in the field of biomedicine will subtly change our lives. Perhaps in the future, we will develop a personalized nap plan based on our own genetic data!