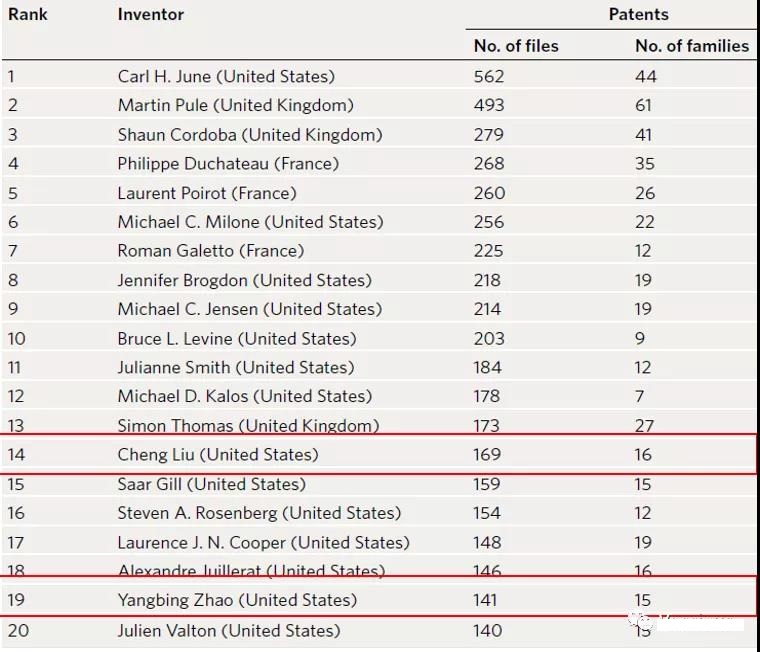 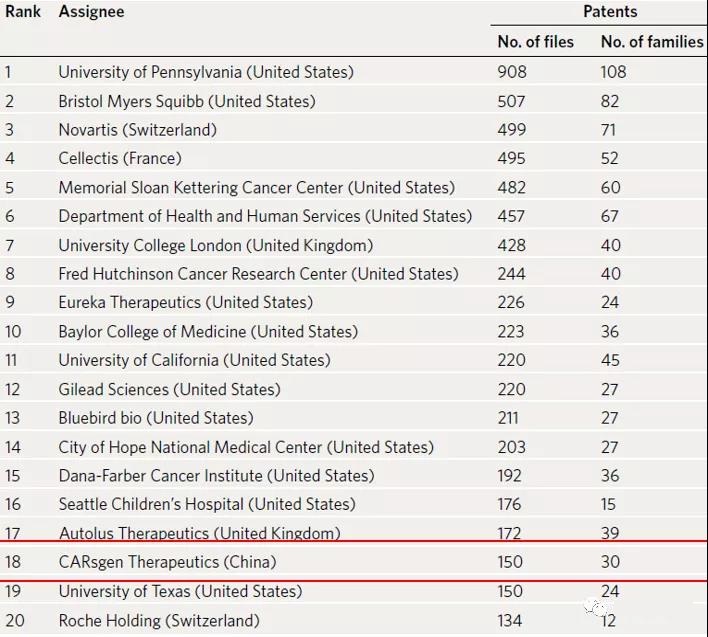 The cooperation of various parties in CAR-T development is different from the traditional model. After 2000, the cooperation between industry and academia gradually heated up. Commercial companies in the CAR-T field and non-profit institutions (universities/research institutes) were connected through affiliated hospitals. Cooperation, such as Memorial Sloan-Kettering Cancer Center and Eureka Therapeutics, U.S. Health and Human Services Center and Gilead Sciences, University of London and Autolus Therapeutics, university research institutes can also benefit through cooperation with commercial companies, and later the cooperation model also changed from the traditional Simple research or transfer of technological achievements has begun to shift to a cooperative model of resource sharing/cooperative research and development/joint patents. China has the second largest number of CAR-T patents in the world. There are 15 internationally cooperatively assigned patent families. Take Germany as an example. Its total patents are few and there are 10 internationally cooperatively assigned patents.

4: The trend of CAR-T patent publication

Generally speaking, 2017 is the first year of CAR-T. From the perspective of patent publication, CAR-T has entered rapid growth in 2015, mainly due to Novartis Gilead’s Kite Pharma and BMS’s JunoTherapeutics in 2014 and 2015 respectively. FDA breakthrough designation. In addition, Novartis announced its CD19CAR-T Phase II results in relapsed and refractory ALL at the 2015 ASH conference, with CR 92% and 93%.

The patent coverage targets are generally consistent with clinical research, and the subtle differences may guide future CAR-T development. For example, the BCMA target, which ranks second in the total number of patents in the world, is currently far behind CD19 in clinical research. (The relatively fixed time from R&D to application has not yet finished. After several BCMA-CAR T are advanced, maybe one or two years, maybe three to five years, and its clinical research should be comparable to CD19) 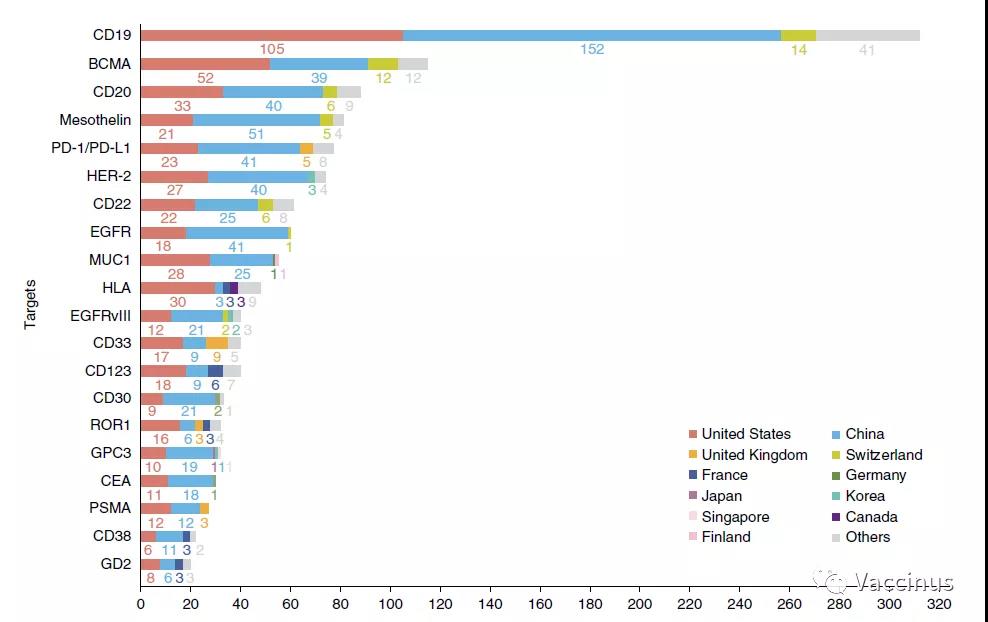