The first batch of Chinese COVID-19 vaccines arrived in Uruguay 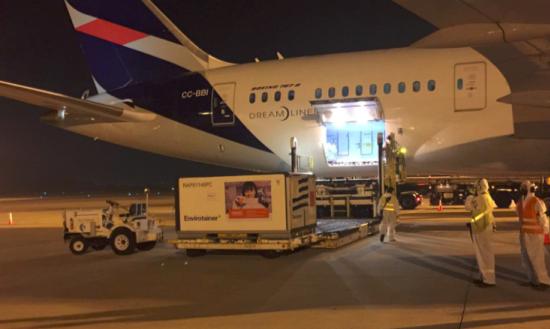 On January 23, Uruguayan President La Calle announced that the government and China Kexing Company had signed a COVID-19 vaccine procurement agreement, and revealed that the Uruguayan Drug Administration has approved the use of Kexing vaccine in Uruguay. It is reported that Uruguay will officially start the vaccination work on March 1, local time.

How about the effectiveness of Kexing’s COVID-19 vaccines?

Kexing announced on its website the preliminary statistical analysis of the third phase of the COVID-19 clinical study data. The company said that as of December 16 last year, there were more than 12,000 medical staff aged 18 and over in Brazil who participated in the experimental study.

According to the latest data released by Kexing, the Phase 3 clinical trial conducted in Turkey involved more than 900 high-risk medical staff between 18 and 59 years old and more than 6,400 ordinary people at normal risk.

After obtaining the approval of the National Medical Products Administration of China, Kexing issued a statement stating that the conditional approval for listing this time is based on the two-month results of the overseas phase III clinical protection efficacy trial of Kerlaifu, and the final analysis has not yet been obtained. The data, effectiveness and safety results have yet to be further confirmed.

However, compared with the two new coronavirus vaccines developed by European and American companies, Kexing vaccine does not require ultra-low temperature preservation and is easier to transport and store in backward areas. Analysts believe this is also the reason why developing countries are attracted to purchase.

According to Kexing Company, in June 2020, Kraft was the first to be approved for emergency use in China, and since July, it has been carrying out emergency use for specific groups of people in China. Since January 2021, countries such as Indonesia, Turkey, Brazil, Chile, Colombia, Uruguay and Laos have successively approved the emergency use of Clareford in the local area.

The first batch of Chinese COVID-19 vaccines arrived in Uruguay