This research has developed a new gene editing technology that can cut target sequences over time, so that multiple gene operations can be cascaded as pre-programmed events.

Previously, we reported on the research paper published by the Tang Xinjing team of Peking University School of Pharmacy in Angewandte Chemie [2]. The light-sensitive crRNA is used to optically control the CRISPR/Cas9 gene editing system, so as to activate the activity of the CRISPR/Cas9 system to edit the target at a specific time. This research is an exploration of the high temporal and spatial resolution regulation of CRISPR gene editing. Details: Peking University Tang Xinjing team developed a new type of photosensitive crRNA to achieve high temporal and spatial resolution regulation of Cas9 and reduce off-target effects

But it is worth noting that most of the current CRISPR-based gene editing systems have a common disadvantage, that is, all editing or cutting is done at once. This also means that we cannot effectively control the timing and order of occurrence of edits.

Therefore, Bradley Merrill, the leader of this research, and his research team are committed to developing an open CRISPR-Cas system that provides multiplexing and is programmable in time sequence.

In this study, the research team designed a special gRNA molecule-“proGuides”. A cis-cut ribozyme sequence is inserted into the coding sequence of this gRNA molecule, which causes the gRNA to be cleaved during transcription. These proGuides can therefore remain in an inactive state, and the targeted DNA sequence will not be edited.

Researchers use another different gRNA to guide spCas9 to delete the ribozyme sequence, transforming proGuides into a mature gRNA active form, and then the activated gRNA guides spCas9 to edit new gene sites. At the same time, it will also activate A proGuides, which forms a gRNA cascade. 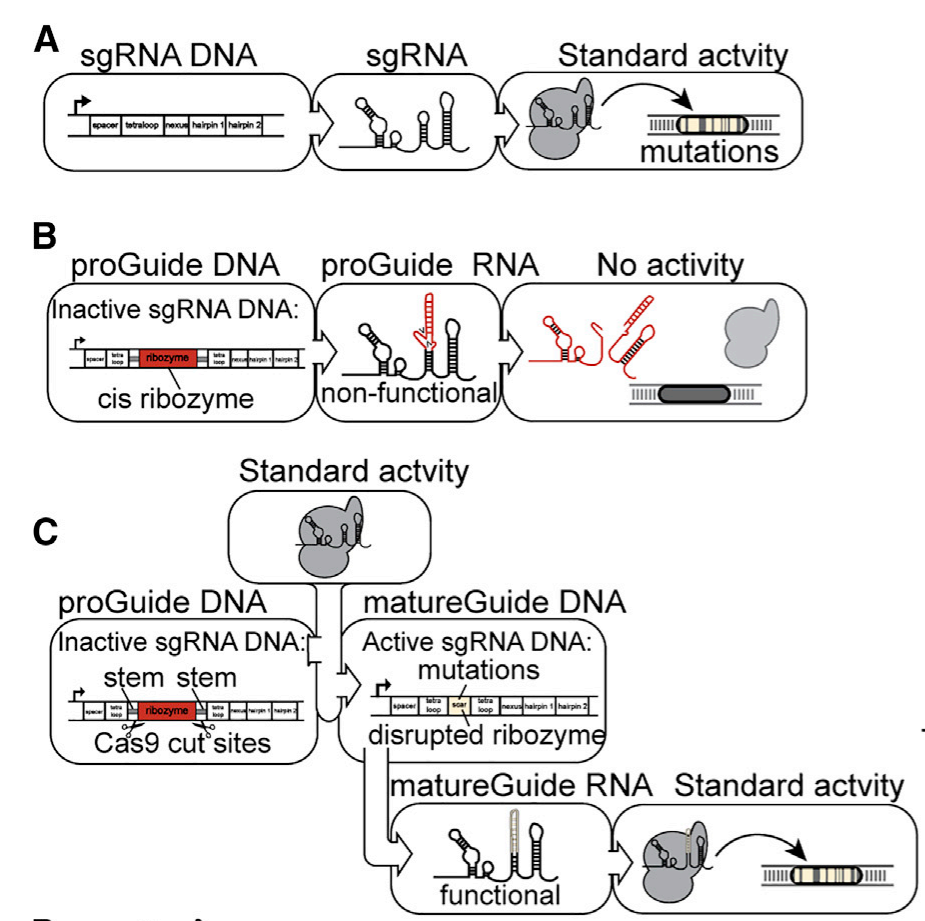 Simply put, the innovative module of this new CRISPR-Cas system consists of many gRNAs cascading each other-one gRNA can activate another. Moreover, this module can also be designed as a genetic algorithm program arranged in a specific order, so that the time sequence of gene editing can be programmable.

Not only that, the research team also successfully used the system to achieve the gene editing function of four sequential steps in a chain arrangement, as well as a branch cascade consisting of two branch points, and induce two sequential genome coding phenotypic changes in the cell . 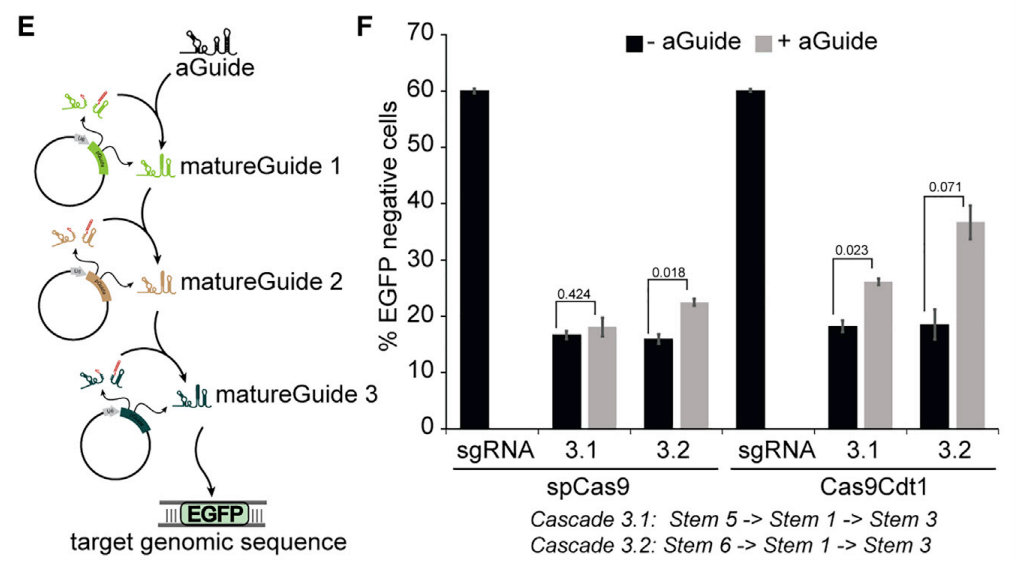 In this regard, the corresponding author Bradley Merrill said: “The time factor is a key factor in phylogeny and disease progression, but the current genetic methods for studying these processes are not effective in terms of time. Our system allows genes to be performed in a pre-programmed manner. Editing allows researchers to better study time-sensitive processes, such as how cancer develops from some genetic mutations, and how the order in which these mutations occur affects the disease.” 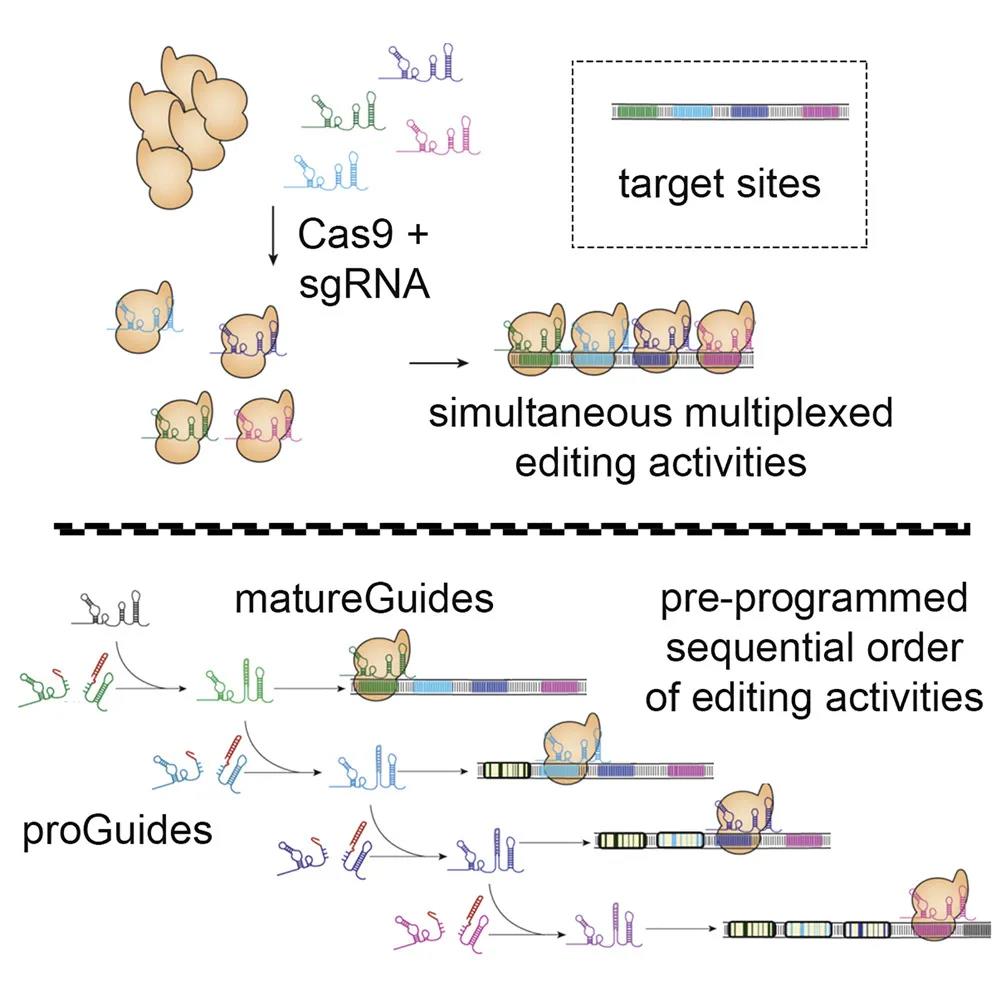 All in all, the research has developed a new CRISPR-Cas system that can realize cascade genetic programming of multiple gene loci over time. The further development of this system will enable long-term genetic recording and programming of complex cell biology processes in mammals!