The study puts forward a possibility that drugs can be used to suppress mTOR signals to reduce the hunger and overappetite caused by diet restriction and weight loss.

The human diet mainly includes three macronutrients: protein, fat and carbohydrates. There has always been controversy in academia over which macronutrients in the diet are the key factors for obesity.

In the early days, many scholars believed that the fat or carbohydrate content in the diet was the key factor leading to obesity. In recent years, the focus of research has turned to protein.

They believe that the purpose of the body’s food intake is not to obtain sufficient energy, but to ensure adequate protein intake.

Therefore, if the dietary protein content is too low, the body has to consume more food in order to meet a certain protein intake, resulting in excessive total energy intake, which in turn leads to overweight and obesity (“protein lever hypothesis”).

On March 4, 2021, the John Speakman team of the Institute of Genetics and Developmental Biology of the Chinese Academy of Sciences published in Cell Metabolism the title: “Very low protein diets lead to reduced food intake and weight loss, linked to inhibition of hypothalamic mTOR signaling, in mice” research paper.

The study showed that food with very low protein content, even in the context of high fat, can also reduce body weight and body fat, and further confirmed that this is related to the mTOR signaling pathway in the hypothalamus.

The study puts forward the possibility that the mTOR signal can be suppressed by drug means to reduce the hunger and overappetite caused by diet restriction and weight loss, which provides a new possibility for humans to lose weight through diet. 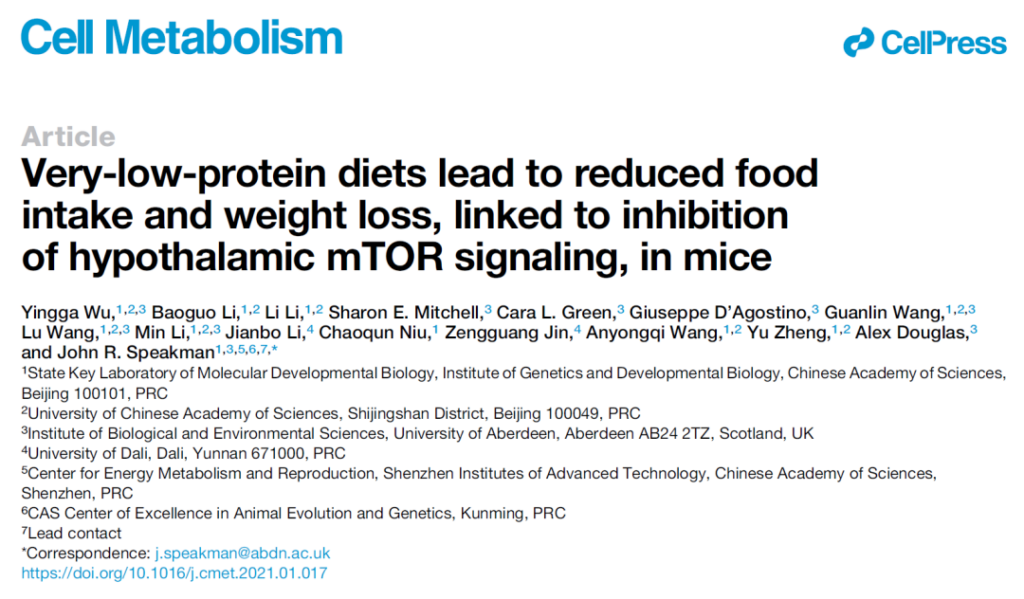 As early as 2018, John Speakman’s team published a paper in Cell Metabolism, revealing that fat in food is the main culprit in causing obesity in mice, and also found that low-protein content (5%) food did not increase food intake and weight.

The research team further explored the effect of lower protein content (1%, 2.5%) food on energy metabolism in mice, and found that even with low protein food, even with higher fat content, the weight and body fat of mice treated with it were significantly lower Compared with the control normal protein treatment group, the glucose tolerance level and learning and memory ability were also significantly higher than the control group.

Interestingly, although transcriptome data analysis showed that 1% low protein treatment caused the hunger pathway in the hypothalamus of mice to be activated, the food intake did not increase, and there was no image when re-fed with normal protein content food.

Targeted inhibition of calorie restriction treatment by intraventricular injection-the mTOR signal in the hypothalamus of mice fed with normal food can also mimic the effect of 1% low-protein food treatment. 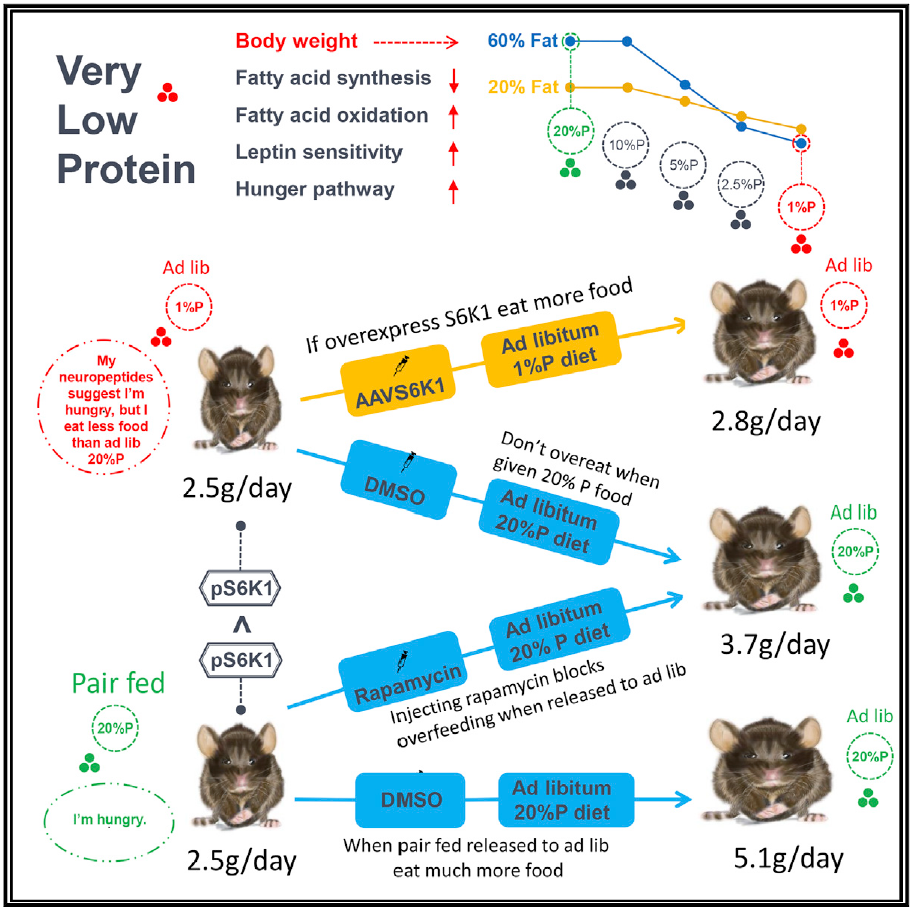 The study puts forward a possibility that drugs can be used to suppress mTOR signals to reduce the hunger and overappetite caused by diet restriction and weight loss.

Given that mice and humans have much in common in physiology and metabolism, the results of this study provide new possibilities for humans to lose weight through dieting, and therefore have important translational biological significance.