After multiple chemotherapy fails, where is the way out for patients with advanced cancer? CAR-T therapy made her 32 tumors disappear completely!

Lymphoma is one of the top ten malignant tumors with the highest mortality rate. There are about 93,000 new patients with lymphoma every year in China, and more than 50,000 people die from this disease every year.

In fact, lymphoma is not an incurable disease. From the data point of view, the survival rate of lymphoma in European and American countries can reach 70% to 80%

Lymphoma is one of the top ten malignant tumors with the highest mortality rate. There are about 93,000 new patients with lymphoma every year in China, and more than 50,000 people die from this disease every year.

In fact, lymphoma is not an incurable disease. From the data point of view, the survival rate of lymphoma in European and American countries can reach 70% to 80%, while China is relatively low, reaching about 30% to 40%.

At present, chemotherapy is a common treatment method for lymphoma, which can quickly shrink or disappear the tumor.

However, some patients have brought great side effects to the body after chemotherapy, and at the same time, cancer metastasis continues after chemotherapy. So, when a patient with lymphoma is desperate and has nothing to do, what treatment can he try?

The therapy we are going to talk about today is one of the most cutting-edge immunotherapy methods in the world-CAR-T therapy (chimeric antigen receptor T cell immunotherapy). The editor starts with a case of a patient with non-Hodgkin’s lymphoma.

After repeated chemotherapy without response, CAR-T therapy was used, and 32 tumors disappeared completely!

In December 2015, 56-year-old Denise Delatorre (Denise Delatorre) first experienced hot flashes, night sweats and abdominal distension, which was thought to be caused by menopause. She didn’t realize the severity of her condition until a lump appeared in her abdomen.

The nightmare came and Denise was diagnosed with non-Hodgkin’s lymphoma, one of the most common blood tumors. She was soon told that it was a “very curable cancer” and began treatment. Denise underwent six rounds of chemotherapy followed by two infusions of chemotherapy for a total of 96 hours.

Unfortunately, despite many rounds of aggressive chemotherapy, her tumor has spread to 32 places throughout the body, and the cancer has begun to spread to her spine. The condition became bad and difficult, but Denise refused to give up treatment. 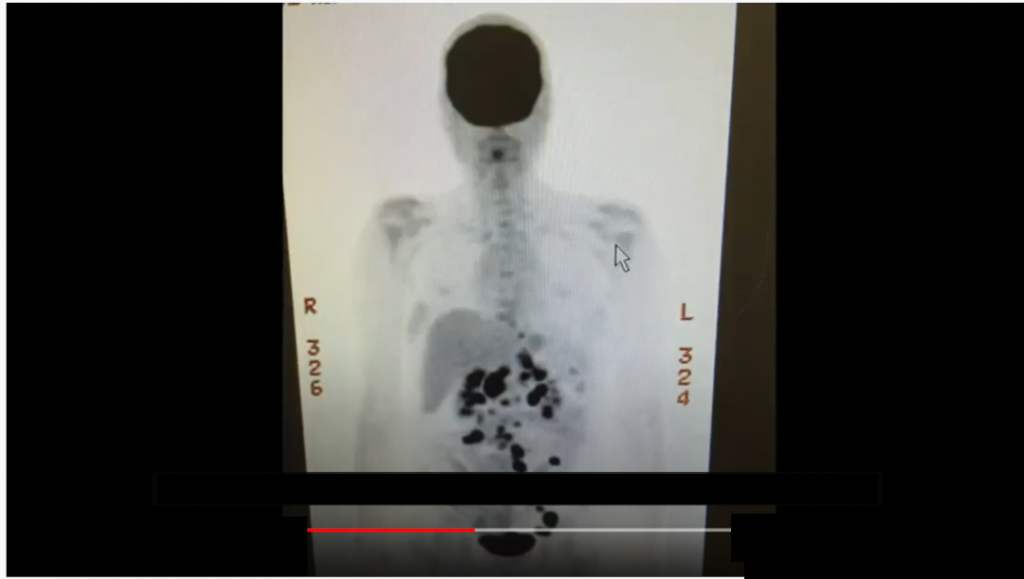 At this time, she learned about a clinical trial of a new immunotherapy named CAR-T under the introduction of a working client.

Less than a month after chemotherapy failed, she contacted John Timmerman, MD of the University of California Medical Center to participate in the trial. CAR-T therapy can train the patient’s immune system to find and kill cancer cells.

First, extract and modify T cells from the patient, that is, white blood cells that travel through the body to fight infection. Within a few weeks, the cells were genetically modified to recognize the cancer and then returned to the patient.

Surprisingly, in just one month, her 32 tumors were rapidly reduced to 6 types. In more than 3 years since the treatment, Denise’s cancer is still in remission. Until now, she has no trace of cancer. Up.

Dr. Timmerman said: “This is very different from any other therapy that we use once.” “This is a lively therapy-cells divide, circulate in the body and look for cancer anywhere.”

Denise said that this pioneering treatment method will bring more hope for advanced cancer patients who have no choice, and provide more treatment options!

T cells (T lymphocytes) play the role of “warriors” in the human body and are responsible for resisting and eliminating “enemy” such as infections, tumors, and foreign objects.

T cells are activated through genetic engineering technology and installed with a “positioning navigation device” CAR, which specifically recognizes tumor cells in the body, and releases a variety of effect factors through immunity to effectively kill tumor cells, thereby achieving the goal of treating malignant tumors. 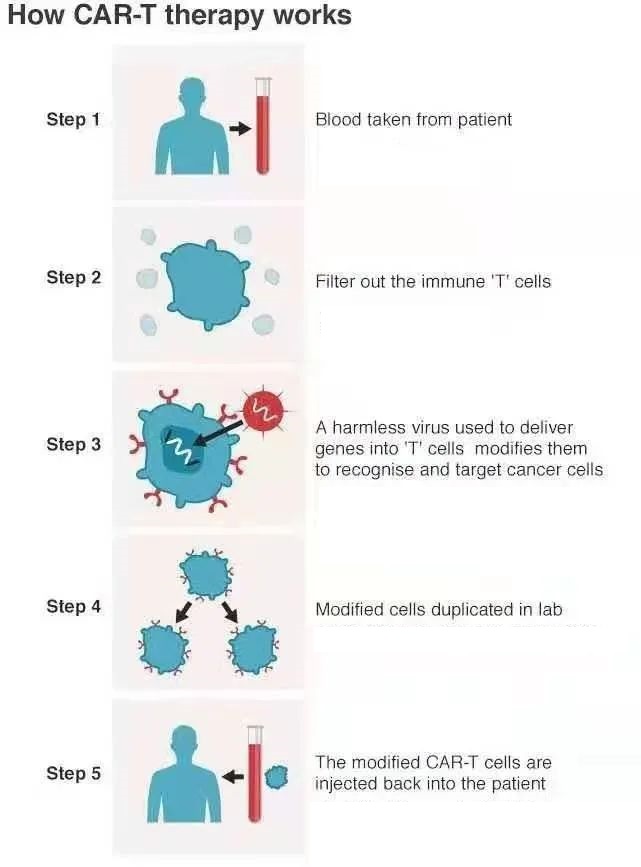 In addition to the patient cases mentioned above, the editor will explain to all cancer friends the clinical studies that are quite out of the circle in hematological tumors.

In fact, when it comes to seeing the potential of CAR-T cell therapy for hematological tumors for the first time, it should be traced back to the largest ASH annual meeting in the field of hematology in the United States in 2020.

At this meeting, it was announced that patients with refractory large B-cell lymphoma who were followed up for ≥ 4 years after a single infusion of Yescarta (median follow-up time was 51.1 months), the estimated four-year overall survival rate was as high as 44%!

This reliable and favorable data is quite convincing for the curative effect of CAR-T cell therapy!

And from the perspective of 91% of normal B cells in evaluable patients, After receiving treatment, the patient can still restore normal immune function, further confirming the long-term safety of the treatment.

On February 19, 2021, a long-term study published in the New England Journal of Medicine showed that 60% of the included B-cell lymphoma patients were still in remission after receiving CAR-T therapy Kymriah for 5 years period!

This discovery is the longest follow-up data of CAR-T cell therapy approved by the U.S. Food and Drug Administration for the treatment of relapsed or refractory large B-cell lymphoma.

Among 24 patients with diffuse large B-cell lymphoma (the most common non-Hodgkin lymphoma) who had received standard treatment and then received Kymriah treatment after the cancer recurred, 46% of the patients were in complete remission after 5 years , 31% of patients achieve progression-free survival within 5 years of age.

Among the 14 patients with relapsed or refractory follicular lymphoma, 71% of the patients were in complete remission after 5 years, and 43% of patients reached progression-free survival within 5 years.

The total effective rate is 100%, and the anti-lymphoma effect of the new CAR-T therapy is amazing!

On January 27, the internationally renowned journal “Science Translation Medicine” published the latest research results of Yang Xuanming, Dean of the School of Life Science and Technology of Shanghai Jiaotong University.

In the preliminary clinical trial of patients with refractory, relapsed and metastatic B lymphoma, 5 patients were recruited, all of whom completed the new CAR-T cell therapy (called 20BBZ-OX40 CAR-T).

The results are amazing! Of the 5 patients, 2 had complete remission and 3 had partial remission. The total effective rate was 100%.

Moreover, this new type of CAR-T cell has a very strong expansion ability in patients. In one patient, its CAR-T cells accounted for more than 80% of T cells in the peak value of proliferation. At the same time CAR-T has good safety!

In the face of cancer cells, the pace of human research will not stop. Whether it is hematological tumors or solid tumors, CAR-T therapy can play its advantages and achieve precise treatment, which is expected to bring breakthroughs to all cancers.