Genetic engineering of recombinant protein production by CHO cells.  With the deepening of the development of biological products, more and more recombinant proteins with biological functions have entered people’s field of vision, constantly supplementing the types of commercial cell lines.

These proteins are usually derived from mammalian cells and their expression is limited, making it difficult to meet people’s needs. Therefore, improving the expression of the target protein in mammalian cells and ensuring the correct structure is the main problem facing the production of biological products.

On March 20th, researchers from the University of Sheffield, UK published a research paper titled “A platform for context-specific genetic engineering of recombinant protein production by CHO cells” in JOURNAL OF BIOTECHNOLOGY. This study describes the development and application of a high-throughput platform that can simultaneously detect multiple genetic components in different chemometrics and evaluate its individual and combined effects on the transient and stable production of recombinant IgG1 by CHO cells.

CHO cells are widely used in the production of biological products because of their ability to fold recombinant glycoproteins with high accuracy. But at present, even with the use of advanced CHO cell expression platforms, some recombinant proteins are relatively difficult to express due to inherent process limitations in the cell-usually protein-specific post-translational folding and assembly processes. Therefore, this study evaluated the functional effects of 32 genes encoding discrete endoplasmic reticulum and secretory pathways.

High-throughput technology has the advantages of speed and low price. This study describes and verifies the development of a high-throughput mini-platform, which can be used for multiple parallel tests where each gene is at different expression levels and different gene combinations, and then evaluated Their influence on cell secretion function.

The study used a high-throughput platform to compare and identify the effects of multiple genes and their combinations on the transient and stable production of IgG1 in order to obtain the best production plan for IgG1. The results found that the genetic effects of the secretory pathway can be used to improve the production of recombinant proteins Compared with individual genes, a thorough evaluation of gene combinations can increase productivity; the instantaneous and stable yields of the same molecule are improved through different genetic effects.

In summary, the above results indicate that the optimization of functional gene load and relative stoichiometry is crucial, and there are significant differences in the optimal cell engineering solutions for stable and transient production environments. As these methods mature, rapid high-throughput testing will be essential to guide engineering design. 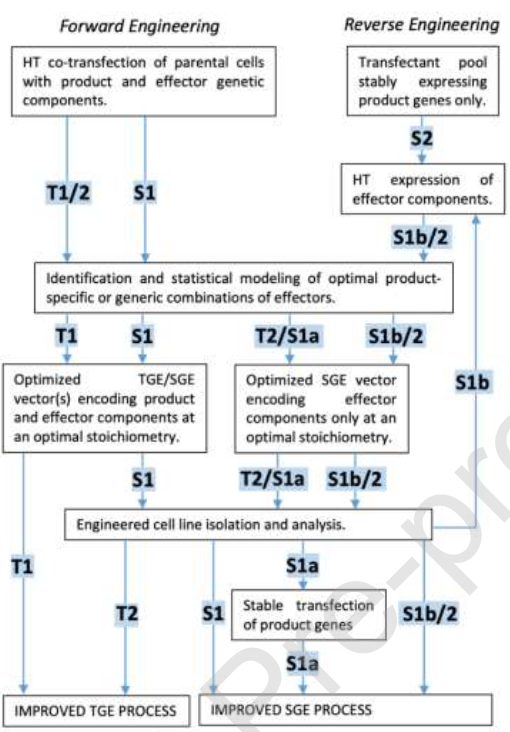