Vaccination in the lungs can effectively prevent lung infections

Vaccination in the lungs can effectively prevent lung infections.  The vaccine is delivered intratracheally, simulating inhalation exposure. The researchers found that compared with injecting albumin-modified vaccine into muscles away from the lungs, this delivery method produced a 25-fold increase in memory T cells in the lungs of mice. 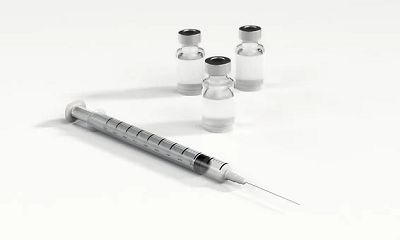 Many viruses infect the host through mucosal surfaces (such as the lining of the respiratory tract). Researchers at the Massachusetts Institute of Technology have now developed a vaccination strategy that can induce local T cell aggregation to respond faster to virus invasion.

Researches have shown that by giving mice a modified vaccine that binds to proteins naturally present in mucus, they can induce a strong memory T cell response in the lungs of mice. This can help transport the vaccine across mucosal barriers, such as the lining of the lungs.

Researchers say that in addition to preventing pathogens that infect the lungs, these types of inhaled vaccines can also be used to treat cancer that has metastasized to the lungs, and can even prevent the development of cancer.

Kavya Rakhra, a former postdoctoral fellow at MIT, is the lead author of the study, which was recently published in the journal Science Immunology.

Most vaccines are injected into muscle tissue. However, most viral infections occur on mucosal surfaces, such as the lungs and upper respiratory tract, reproductive tract or gastrointestinal tract. Irving said that establishing a strong line of defense in these areas can help the body fight infections more effectively.

The author said: “In some cases, intramuscular vaccines can trigger immunity on the mucosal surface, but there is a general principle. If you vaccinate through the mucosal surface, you tend to get stronger protection in the area. Unfortunately, we do not yet have excellent technology to enhance the immune response that specifically protects those mucosal surfaces.”

To make peptide vaccines easier to transport to the lungs, the researchers turned to the method they first explored in a 2014 study. In that paper, Owen and his colleagues found that combining peptide vaccines with albumin in the blood can help peptides accumulate in the lymph nodes, thereby activating a strong T cell response.

Like most traditional vaccines, these vaccines are given by injection. In their new study, the researchers investigated whether albumin can also help peptide vaccines break through mucosal barriers, such as those around the lungs. One of the functions of albumin is to help maintain the osmotic pressure in the lungs, and it can easily pass through the epithelial tissues around the lungs.

To test this idea, the researchers attached a lipid tail that binds albumin to a peptide vaccine against the vaccinia virus. The vaccine also includes a commonly used adjuvant called CpG, which can help stimulate a stronger immune response.

The vaccine is delivered intratracheally, simulating inhalation exposure. The researchers found that compared with injecting albumin-modified vaccine into muscles away from the lungs, this delivery method produced a 25-fold increase in memory T cells in the lungs of mice. They also showed that when the mice were exposed to the vaccinia virus a few months later, the intramuscular vaccine did not provide any protection, while all animals receiving the vaccine in the trachea were protected.