Genetic testing can provide us with a lot of information

Genetic testing of healthy cells may:

The doctor may test for unhealthy cells, which can help:

In recent years, we have often heard the two words “DNA” and “gene”, such as DNA for paternity testing, solving cases, genetically modified animals and plants, and so on.

What are DNA and genes?

In fact, it has been introduced in detail in the popular science articles of “One Leaf Knowing the Cause”: DNA is the abbreviation of deoxyribonucleic acid. It is distributed in every cell of the human body and is the chemical carrier of human genetic information. A gene is a specific nucleotide sequence with a genetic effect on a DNA molecule. Genetic abnormalities can cause disease and even death. It can be passed on to the next generation, making the offspring show similar traits to their parents. Human genes determine people’s birth, old age, sickness and death. 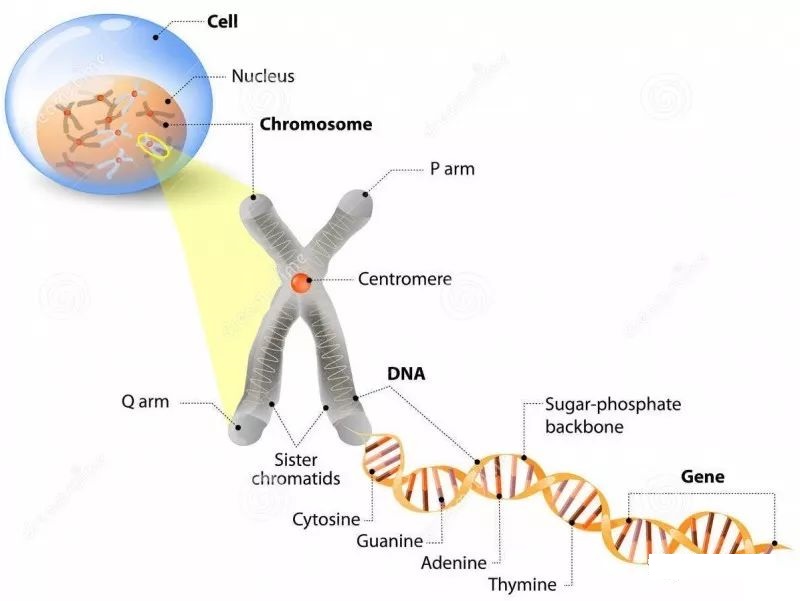 What is genetic testing?

Genetic testing is a technology that uses blood, saliva, and other body fluids or cells to detect genetic material (DNA/RNA). Take the oral epithelial mucosal cells, saliva, blood or other tissue cells shed by the testee, and after PCR amplify their genetic information, use specific equipment (Sanger/NGS/qPCR, etc.) to detect the DNA molecular information in the testee’s cells Analyze the various genetic conditions it contains, so that people can understand their own genetic information, predict the risk of disease, and then improve their living environment and habits to avoid or delay the occurrence of diseases.

What is the significance of genetic testing?

1. Disease prediction: Through genetic testing during healthy and sub-health periods, the risk of disease can be accurately predicted.

Through the understanding of internal factors (genes), the influence of external factors (environment) can be effectively avoided, thereby reducing the risk of disease. For example, people at high risk of lung cancer (susceptible genes) need to avoid smog environment, avoid smoking, and avoid Bad factors such as staying up late.

Rare diseases are indifferent because they are rare, and hospitals cannot treat them because they cannot confirm the pathogenesis and causes of the disease. Pharmaceutical companies do not produce corresponding drugs. Even if they can be produced, there are few rare patients and low benefits. They will voluntarily give up through anti-depression. It is obvious that the drug manufacturer has closed or even closed down.

Through genetic testing, we can find out the causes, genes, and mechanisms of rare diseases, so that everyone pays more attention to patients with rare diseases. Through PGD/PGS, we can avoid the birth of rare disease patients and improve the national’s health. Overall health level.

Through genetic testing, if you know that you have a susceptibility gene for certain diseases, you can take the initiative to improve the corresponding living environment and habits, and do a good job of your own health management.

Through genetic testing, it reminds us which drugs should be used with caution and which drugs have good effects, which improves the efficacy and avoids the side effects of drugs that cause greater harm to the human body.

The occurrence and development of cancer is a long process, and most of the cancers are discovered in the middle and late stages, and what is seen in the clinic is only the tip of the iceberg in the process of cancer occurrence. Cancer begins with mutations at the genetic level, then evolves to mutations at the cellular level, and finally at the tissue level. Ultra-early tumor screening is very promising, but there are still several problems that need to be overcome when it is actually applied to the clinic:

1) In the early stage of the tumor, the abundance of ctDNA in the blood is very low. In the middle and late stages of the tumor, it can reach a level of a few percent or more than five thousandths in the blood, but it may be as low as in the early stage. One in 10,000, or even lower. How to truly use the current second-generation high-throughput sequencing technology to achieve mutation detection? This is a big challenge and problem.

2) How do we establish the relationship between these ctDNA mutations and tumors? It is not enough to detect ctDNA mutations. I have to know what kind of tumor it is, or whether it is really a tumor?

3) To achieve traceability from ctDNA detection to organs. In the early stage, there is no traditional method to determine whether there is a tumor. At this time, can the liquid biopsy determine which organ it comes from, and how to accurately prevent or intervene next?

Ultra-early tumor screening must be a development direction of genetic testing, and its market is also very broad, but it will take time to be applied to the clinic.

8. Other application areas of genetic testing.