Ono Pharmaceutical recently announced that it has submitted a supplementary application in Japan to seek approval of the anti-PD-1 therapy Opdivo (Nivolumab, generic name: nivolumab) as an adjuvant (postoperative ) Therapy, used to treat patients with urothelial carcinoma (UC) who have undergone surgical resection.

At the end of last month, Ono Pharmaceutical’s partner Bristol-Myers Squibb issued an announcement stating that the European Medicines Agency (EMA) has accepted Opdivo’s Type II change application and has initiated a centralized review process: Opdivo is used as an auxiliary (postoperative ) Therapy for the treatment of high-risk muscle invasive urothelial carcinoma (MIUC) patients who have undergone surgical resection. If approved, Opdivo will be the first adjuvant immunotherapy program for the treatment of MIUC in Europe.

Urothelial carcinoma (UC) is a tumor that starts in the renal pelvis, ureter, bladder, and urethra, most of which are bladder cancer. Histopathologically, UC accounts for more than 90% of bladder cancer. The standard treatment for bladder cancer is radical resection after neoadjuvant chemotherapy, but it is reported that more than 50% of patients will relapse after radical resection. Due to the poor prognosis of patients with metastatic cancer as recurrence, there is a very high medical demand for postoperative adjuvant treatment to prevent recurrence.

This application is based on the results of the pivotal Phase 3 CheckMate-274 trial. This is the first positive phase 3 trial to evaluate an immunotherapy adjuvant treatment of MIUC. The data shows that regardless of the patient’s PD-L1 expression level, Opdivo adjuvant therapy significantly prolongs disease-free survival (DFS), which is almost twice that of placebo. In this study, Opdivo was generally well tolerated, and its safety was consistent with previously reported Opdivo studies in patients with solid tumors.

MIUC patients often undergo major surgery to remove the bladder as a life-saving measure, but the probability of their cancer recurrence is still around 50%. In the CheckMate-274 trial, the disease-free survival time of patients treated with Opdivo was almost twice that of the placebo group. These clinically significant results have the potential to change the way doctors treat MIUC and help solve the urgent need for effective and tolerable treatment options after surgery. 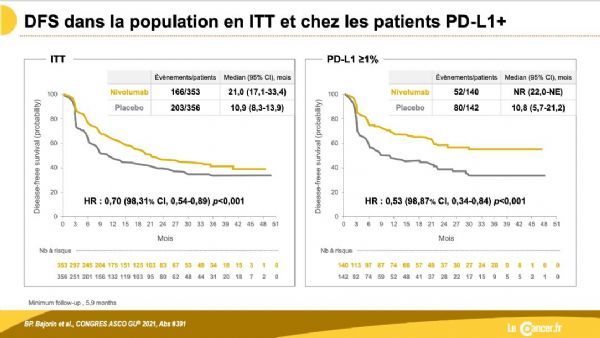 CheckMate-274 is a randomized, double-blind, multi-center study conducted in MIUC patients who have a high risk of recurrence after radical surgery. According to the characteristics of the patients, the enrolled patients may have received neoadjuvant (preoperative) chemotherapy before surgery, or they may not. In the study, 709 patients were randomly assigned at a 1:1 ratio and received Opdivo or placebo for one year. The primary endpoint is disease-free survival (DFS) in all randomized patients (intention-to-treat population, ITT) and the subgroup of patients with tumor expressing PD-L1 (≥1%). Key secondary endpoints include overall survival (OS), non-urothelial relapse-free survival (NUTRFS), and disease-specific survival (DSS).

The results showed that:

In addition, Opdivo also showed improvements in key secondary endpoints, including non-urothelial relapse-free survival (NUTRFS), defined as the patient’s survival time without recurrence outside the bladder, ureter, or renal pelvis. Among all randomized patients, the median NUTRFS of patients in the Opdivo treatment group was more than 2 years (24.6 months), compared with 13.7 months in the placebo group (HR=0.72, 95%CI: 0.58-0.89). In the subgroup of patients with tumors expressing PD-L1≥1%, the median NUTRFS of the Opdivo treatment group was not reached, while the placebo group was 10.9 months (HR=0.54, 95%CI: 0.38-0.77).

In this study, the safety of Opdivo is consistent with previously reported solid tumor studies. The incidence of treatment-related adverse events (TRAE) was 77.5% in the Opdivo treatment group and 55.5% in the placebo group, while the incidence of grade 3 or 4 TRAE was 17.9% and 7.2%, respectively. 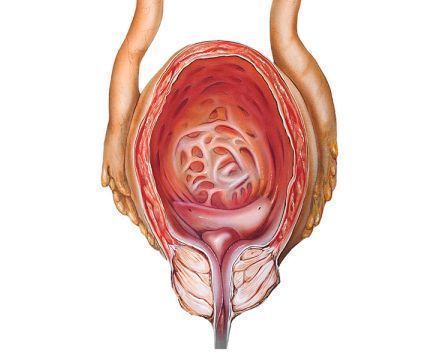 Most UC is diagnosed at an early stage, and the purpose of early treatment of MIUC is to reduce the risk of disease recurrence or spread to other parts of the body. However, the recurrence rate and disease progression rate are high. More than 50% of MIUC patients will experience disease recurrence after radical surgery, requiring more postoperative treatment options. For patients with recurrence and metastatic cancer, the prognosis is poor. When systemic treatment is used, the median overall survival is about 12-24 months.

It is worth mentioning that CheckMate-274 is the first and only phase 3 trial, showing that in patients with muscle invasive urothelial carcinoma (MIUC) who are at high risk of recurrence after radical surgery, an immunotherapy is used for Adjuvant (postoperative) treatment reduces the risk of disease recurrence.

By transferring immunotherapy to the early stages of cancer, there is an opportunity to interrupt the course of the disease, reduce recurrence, and bring a better prognosis for patients. So far, Opdivo-based treatment programs have shown efficacy in 4 phase 3 clinical trials for the treatment of early-stage cancers, including adjuvant (postoperative) treatment of bladder cancer, melanoma, esophagus/gastroesophageal junction cancer, and non- Small Cell Lung Cancer.

Opdivo is a programmed death-1 (PD-1) immune checkpoint inhibitor, designed to uniquely use the body’s own immune system to help restore anti-tumor immunity by blocking the interaction between PD-1 and its ligands answer. Opdivo was the first to be approved in Japan in July 2014. It is the world’s first PD-1 immunotherapy approved for melanoma. By using the body’s own immune system to fight cancer, Opdivo has become an important treatment option for a variety of cancers.

In Japan, Ono Pharmaceutical launched Opdivo in September 2014 to treat unresectable melanoma. Since then, Opdivo has been approved in Japan for a variety of cancer indications, including:

(5) Unresectable advanced or recurrent gastric cancer that progressed after chemotherapy;

Ono Pharmaceuticals is the original developer of Opdivo. The company entered into a cooperation with Bristol-Myers Squibb in 2011 to authorize Bristol-Myers Squibb’s Opdivo development and commercialization rights except Japan, South Korea, and Taiwan. In July 2014, the two parties further expanded their strategic cooperation to develop and commercialize a variety of immunotherapies (including single-drug and combination therapies) for cancer patients in Japan, South Korea, and Taiwan. Up to now, Opdivo has been approved in more than 60 countries including Japan, South Korea, China, the United States and the European Union.