The gene transfer method of viral vector transmission is an ideal candidate for gene therapy methods that require permanent changes to the genome.

Lentiviral vectors have also been shown to transduce terminally differentiated cells, such as T cells and neurons, thereby expanding their clinical appeal.

In order to promote the widespread acceptance of LV in clinical practice, lentiviral vectors have undergone a major “series of changes”, which led to the removal of pathogenic genetic elements, and ultimately led to the development of the third generation of self-inactivation (SIN) vectors[ 15]. The unique design features of the third-generation LV carrier are:

(1) Eliminate the intrinsic promoter activity caused by the U3 region promoter sequence of long terminal repeats (LTRs), which is located on the side of wild-type HIV, and only the internal promoter drives transgene expression

(3) Separate the viral vector accessory elements into 4 plasmids [16]. Other major advances in the safety of lentiviral vectors involve improvements in production systems.

These are functional and Required for high-titer viruses.

The success of the clinical application of LV-based delivery for therapeutic effects has gained momentum against a variety of diseases including cancer and single-gene diseases.

This has attracted the attention of large pharmaceutical companies such as Novartis, which have obtained approval for the commercial use of a lentivirus-mediated delivery system to combat cellular acute lymphoblastic leukemia (B-ALL).

This highlights the strong demand for clinical applications based on gene therapy, followed by a surge in demand for the manufacture of GMP-grade LV particles. 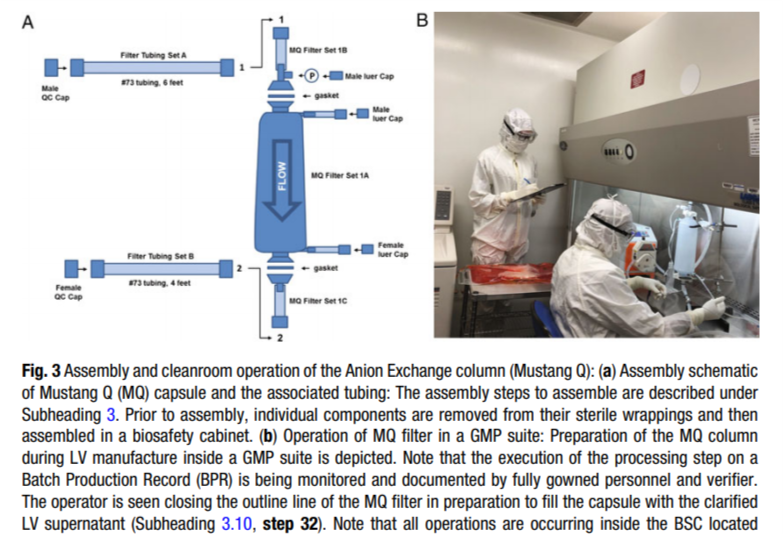 It was then filtered through TFF and diafiltered into the final formulation buffer.

For each vector production, the amount of plasmid used in the transfection process, the harvest time, and the ionic strength and pH of the buffer used in the chromatography and filtration equipment should be determined empirically. 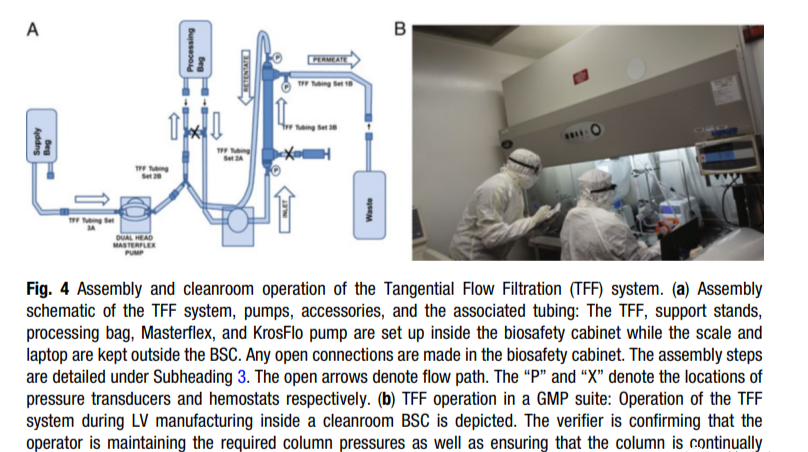 The test items in the release standards of the manufactured plasmid products include the measurement of sterility, endotoxin level, residual nucleic acid/cell and serum components, and the detection of any replicating lentiviral (RCL) particles.

The titer of the product is usually between 0.5×108 to 5×108 IU/mL. With this program, 56 LV products for clinical use in the United States, Europe and Asia have been successfully prepared and certified, most of which have been safely incorporated into clinical use.

1. The FBS used in the production of LV carrier GMP has different requirements for procurement and quality level, depending on the location (United States, Europe, Asia) where GMP LV will be used.

It is recommended to verify these requirements with the appropriate regulatory agency before use.

In addition, since different batches of FBS may affect cell growth, virus titer and yield, it is recommended to perform batch matching and test each batch of FBS before purchasing and using it in manufacturing.

2. It is recommended to commercialize the plasmid to ensure high-quality preparation. Currently, there is no need to use GMP-grade plasmids to prepare early lentiviral vectors.

In addition, the grades of plasmids used for GMP production of LV vectors may differ between regulatory agencies and depend on the stage of product development.

Before use, the plasmid should be sequenced to confirm its identity. It is sterile, has a low endotoxin level, has a DNA uniformity of greater than 95%, and usually does not contain impurities (bacterial DNA) during its manufacturing process.

3. All buffers are commercially-purchased sterile products, which can be used immediately or prepared in a certified biological safety cabinet, and then filtered to 0.22μm, and all used filters are subsequently tested for integrity.

The buffer solution should be put into or transferred to an appropriate size laboratory container or biological treatment bag so that the liquid can be pumped.

All filter systems and piping components are also assembled in a certified biosafety cabinet, then packaged and terminally sterilized.

4. Before LV is released, the regulatory agencies and sponsors should first verify the identification of the specific batch release test required for the release of the product.