Over time, this disease will gradually lead to the occurrence of liver cirrhosis and even liver cancer in patients. Some researchers estimate that by 2030, about half of Americans will suffer from non-alcoholic fatty liver. 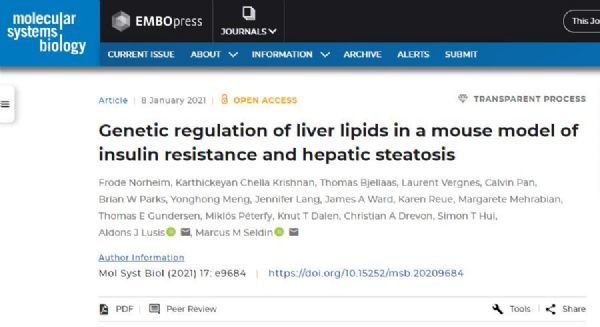 Recently, in a research report titled “Genetic regulation of liver lipids in a mouse model of insulin resistance and hepatic steatosis” published in the international journal Molecular Systems Biology, scientists from the University of Oslo and other institutions found that the control The level of fatty substances in the liver and genes that are important for fatty liver and liver damage.

Researchers have not identified all the factors that cause fat accumulation in the liver to severe damage, but they have obtained a lot of research evidence that multiple genes seem to play an important role in this process, so the researchers believe that storage Inappropriate specific lipids may cause liver damage. Previously, researchers focused on the overall fat level in the liver. They did not know how these lipids are regulated and whether these lipids are involved in the process of liver damage. Lipids contain a variety of fatty substances.

In this study, the researchers wanted to find the most serious lipid damage to the liver. They found that the occurrence of liver damage is mainly caused by insulin resistance and inflammation in the liver. Researcher Norheim said that we analyzed hundreds of fatty substances in the livers of hundreds of different strains of mice, and the study lasted more than three years. One of the genes we studied proved to be essential for the storage of lipids (triglycerides) in mice. This gene is called Map2k6; in addition, another gene called Ifi203 is for the fatty substances in the liver— The concentration of phosphatidylcholine (phosphatidylcholine) also has a certain effect. 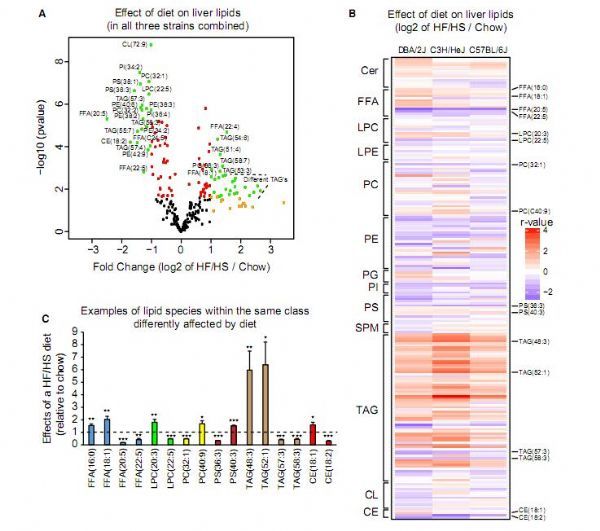 Dietary and genetic effects of lipidomes in the liver.

Previous research results have shown that the balance of these two fatty substances (triglycerides and phosphatidylcholine) is very important for whether fatty liver has a damaging effect on the body. In this research report, the researchers used a genome-wide association study ( GWAS) identified the Map2k6 and Ifi203 genes, which may serve as important regulators of phosphatidylcholine homeostasis and triglyceride accumulation in the liver. At the same time, researchers have also investigated in a large number of humans or mice. The effect of genetic mutations. 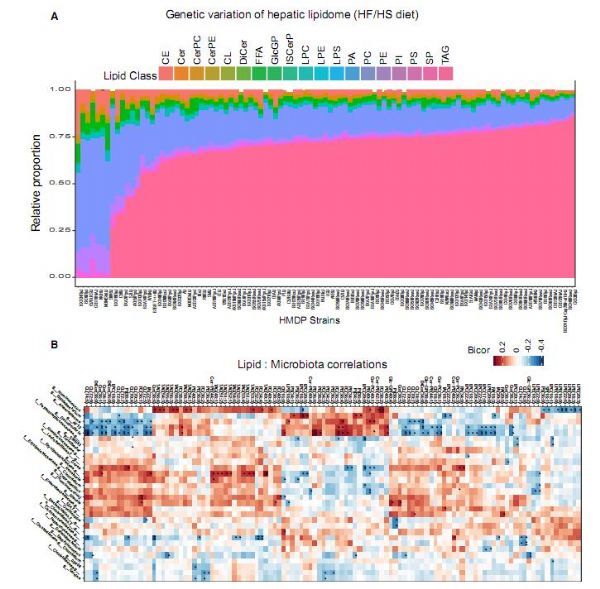 In summary, the researchers in this study emphasized the molecular mechanism of the relationship between lipidome gene mutations in the liver and the body’s physiology and molecular phenotype, such as the composition of the body’s gut microbes; later researchers hope to be based on this study As a result, develop new therapies or drugs to regulate the accumulation of harmful fatty substances in the body, or achieve this goal through a drug that can target the above two key genes. In addition, researchers have also identified a variety of new pathways that can regulate liver lipid levels, and experimentally verified its key role in the process of diet-induced non-alcoholic fatty liver and insulin resistance.