Two randomized trials involving CTO-PCI versus optimal medical therapy (OMT) have been conducted in the past: The DECISION-CTO trial and the EUROCTO trial did not confirm that percutaneous coronary intervention (PCI) is the best Compared with medical treatment (OMT), major cardiovascular and cerebrovascular events can be improved.

Both trials have some limitations, including insufficient sample size, mid-term follow-up, and selection of low-risk populations.

A retrospective study recently published in the journal JAHA aims to explore whether PCI can reduce the risk of late cardiogenic death in patients with CTO as an initial treatment strategy compared with OMT.

The study included 2,024 CTO patients registered in a single-center registration center in South Korea from March 2003 to February 2012 and followed up for about 10 years. CTO patients (n=477) who underwent coronary artery bypass surgery were excluded. The treatment strategy divided patients into CTO-PCI group (n=883) and OMT group (n=664). Both groups of patients with multivascular disease received PCI for obstructive non-CTO disease. In the CTO-PCI group, 699 patients (79.2%) successfully underwent revascularization.

Late differential patterns of cardiogenic death were also observed in the survival curves of all-cause death, acute myocardial infarction, and any revascularization. The beneficial effects of CTO-PCI are consistent among the subgroups. (See Figure 1-Figure 3) 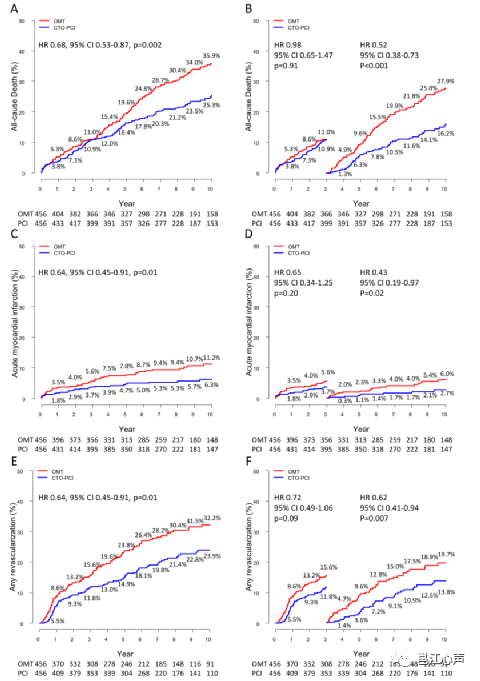 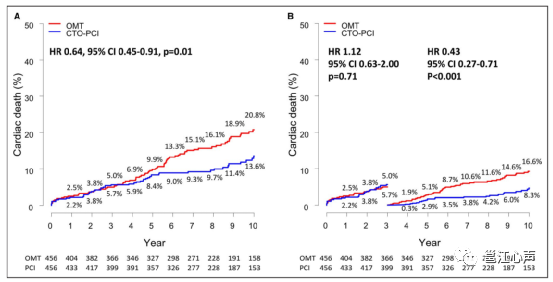 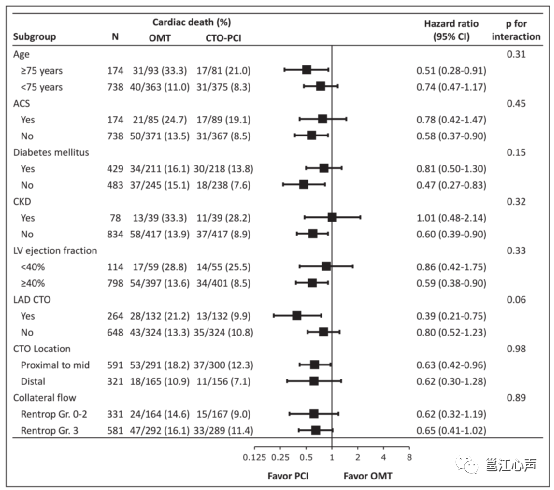 As an initial treatment strategy, PCI may reduce the late cardiogenic death of CTO patients compared with OMT.