New TILs immunotherapy made the patient cancer-free for five years

In the past ten years, immunotherapy has changed people’s perceptions that metastatic cancer is bound to die.

For the first time, immunotherapy has allowed medical scientists to believe that cancer is a disease that can be cured or transformed into a chronic disease. That’s why everyone feels very excited about immunotherapy.

In the winter of 2013, 36-year-old Sue Scott went through multiple rounds of chemotherapy, failed radiotherapy and surgery, and her terminal cancer was spreading rapidly.

She has planned her funeral. However, after taking part in a clinical trial of a new immunotherapy, all her tumors disappeared after only a few months of treatment!

Today, she has been successfully cancer-free for five years, and the doctor announced that she has been clinically cured!

Cancer tried to “kill” her! After receiving the new immunotherapy, the doctor announced that she had been cancer-free for five years.

Cancer may come ten years ago

In the summer of 2011, Scott began to notice abnormal blood spots in her secretions. In November, she was diagnosed with advanced cervical cancer. The tumor was about 2.5cm in size, so the doctor said that her cancer may have developed for several years. It may even be ten years or more.

The doctor told her that her cancer was caused by the human papillomavirus (HPV), which is the most common sexually transmitted infection.

After completing the standard treatment, the doctor said that her tumors had shrunk, and they had disappeared during imaging studies. Scott felt that this was a blessing in misfortune, she was finally able to get rid of cancer.

Cancer is “killing” her! She prepares her funeral

However, in just 3 months, she developed severe abdominal pain. The doctor said that her cancer had recurred… and this time, with red eyes, the doctor told her that her tumor had spread to the liver and colon and squeezed the ureter. There was no better treatment.

Scott’s mother froze there, and Scott desperately said that there must be a way.

“Can I still receive a higher dose of radiation again?”

“No. You have received the maximum amount of radiation that anyone can accept.”

“So, what about chemotherapy?”

“No. There is currently no chemical medicine that can defeat metastatic cervical cancer.”

The air solidified, and everyone fell into a long silence.

She can only choose a very dangerous operation to remove the vagina, bladder, colon and rectum, and reproductive organs, all organs that may contain cancer cells. Even so, her survival period is less than one year…

Scott refused this cruel operation, because this kind of survival is no different from death, and she began to prepare a funeral for herself.

A miracle happened! Participated in clinical trials of new immunotherapy, all tumors were eliminated

In June 2012, a doctor told Scott that an immunotherapy trial conducted by the Clinical Center of the National Institutes of Health, although hopeless, might work.

In the end Scott decided to give it a go. Compared with the present, there will be no worse results.

Immunotherapy is to use the patient’s immune system to attack the tumor to solve a medical problem that has not been solved so far: how to kill the cancer after it has spread.

The TILs therapy developed by the team of Professor Rosenberg, the leading immunologist of the National Cancer Institute of the United States, has overcome this problem!

Rosenberg published data on 93 melanoma patients who received TIL therapy, showing that 52 patients responded to the therapy. Twenty out of 52 people saw their cancer disappeared, although one of them relapsed after 19 months, and the rest had no cancer for five to nine years.

The doctor told Scott that even if she participated in the trial, she might not live for less than a year, because she had at least seven tumors growing all over her body: one on her liver, and another tumor the size of a plum could be seen directly on her belly. There was a tumor near her colon, and the other had begun to block her ureter.

Scott said, “Even if it doesn’t work for me, maybe the doctor will find in me how to help the next woman who comes here. Maybe this is the last gift I can provide to the world!” Zhong she told her family that she decided to donate her body to science!

In 2013, she officially entered the clinical trial. Dr. Hinrichs first removed the liver tumor and isolated some immune cells that can destroy the tumor. (Those fighting cells, called tumor-infiltrating lymphocytes, or TILs, are injected into the patient after they have been amplified hundreds of millions in the laboratory.)

In March, TILs cells were cultured. They are in an IV bag and look like condensed milk. In fact, there are 75 billion tumor infiltrating lymphocytes that can accurately identify and kill tumor cells! These precious immune cells entered Scott’s body violently and began to “chase” the cancer cells.

One month later, her re-examination showed that the tumor was significantly reduced. Especially the raised tumor in the abdomen is gone. Scott cried with excitement, because she had never dared to touch the place full of tumors, but now it miraculously disappeared, as if it had never appeared before.

Two months after the treatment, Scott’s review results shocked everyone, including herself. The imaging examination showed that there were no signs of cancer in her body. Scott smiled happily and cried again. She felt that this was the first time she had breathed freely in years.

In May 2015, Dr. Hinrichs announced the initial results of the clinical trial he participated in for the first time at the cancer conference. Two of the nine patients-Scott and Ms. Aricca Wallace’s metastatic tumors all disappeared, and they were in complete remission. It has been more than two years.

In March 2018, two cancer-fighting sisters who had spent the most difficult time in their lives celebrated each other’s five-year victory over cancer. The doctor announced that they had been clinically cured! 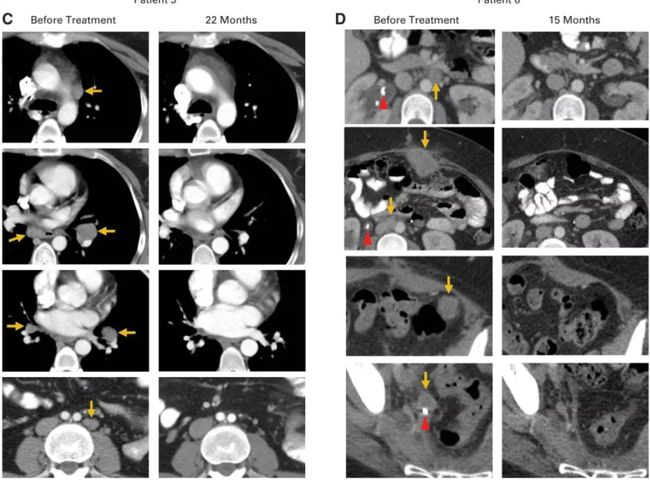 Cancer tried to “kill” her! After receiving the new immunotherapy, the doctor announced that she had been cancer-free for five years

Will TILs therapy become a new hope for conquering cancer?

The story is far from over.

In 2019, the second phase data of the trial participated by Scott and Aricca Wallace was also officially announced. The overall response rate (ORR) of TIL treatment for patients with advanced cervical cancer was as high as 44%.

Based on this amazing data, in May 2019, the FDA approved the tumor infiltrating lymphocyte (TIL) treatment method LN-145 as a breakthrough treatment designation for the treatment of recurrence, metastasis or persistent cervical disease progression during or after chemotherapy. Cancer patients.

This is the first time that a cellular immunotherapy for solid tumors has won this award. I believe it is only a matter of time before the launch of the LN-145 therapy. The LN-145 therapy will be submitted in 2021 to speed up the process of its marketing.

Once approved by the FDA, this will be the first This cellular immunotherapy for solid tumors will bring huge survival benefits to cancer patients.

What is TILs therapy?

TIL, the full name of Tumor Infiltrating Lymphocytes, is the heterogeneous lymphocytes in the tumor stroma, including T cells and NK cells.

Although these cells are precious, they are present in every tumor patient. After discovering cancer cells in the body, our body mobilizes the immune army to penetrate deep into the tumor tissue and has the strongest role in recognizing, resisting and attacking tumors. A “Super Ability Expendable Team”.

After reaching the inside of the tumor, it directly kills the tumor cells by releasing cytotoxins. In addition, TIL can also regulate the body’s immune function and improve the body’s ability to kill tumor cells.

For the past thirty years, Professor Rosenberg and his team have been working hard to do one thing: how to expand the part of immune cells with the strongest cancer-killing ability. In the end, they succeeded!

Now, scientists have successfully isolated TIL cells from the tissues near the tumor, added the growth factor IL-2 to expand them in vitro, and then infused them back into the patient’s body, thereby expanding the number and attacking ability of immune “death squads”.

In this way, it means that we can use our own immune cells to kill tumors, which is a safer and more effective new type of immunotherapy.

The disease control rate (DCR) is as high as 80.3%; the objective response rate is 36.4%; PD-L1 negative patients also respond 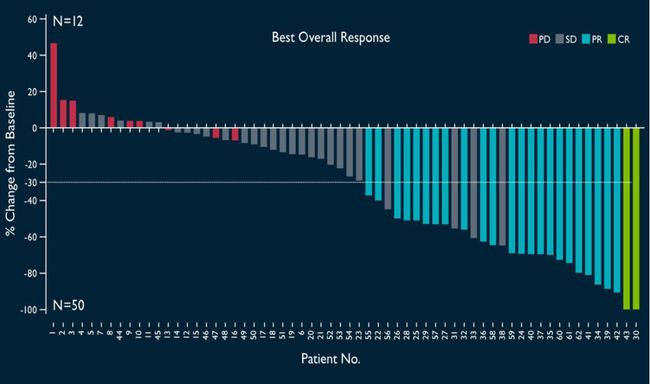 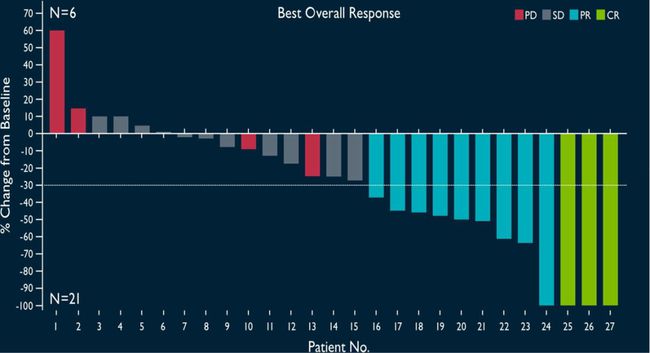 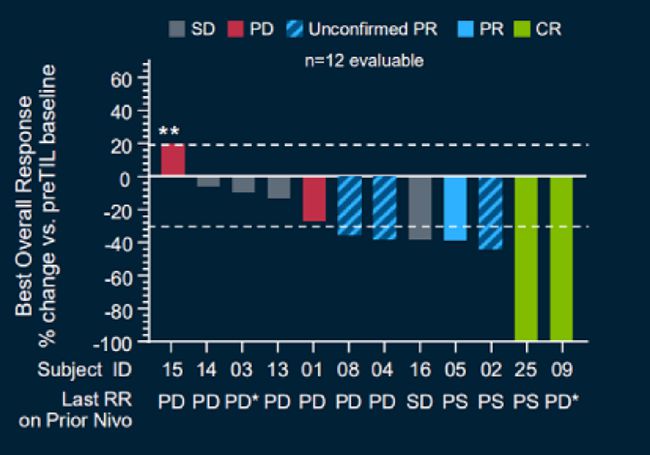 Six patients with advanced metastatic high-grade serous OC received ipilimumab and then underwent surgery, received TIL therapy, and then received low-dose IL-2 and nivolumab. The results showed that 1 patient achieved partial remission, and the other 5 patients experienced stable disease for up to 12 months

The objective response rate was 44.4%, and 87.5 patients had tumor shrinkage 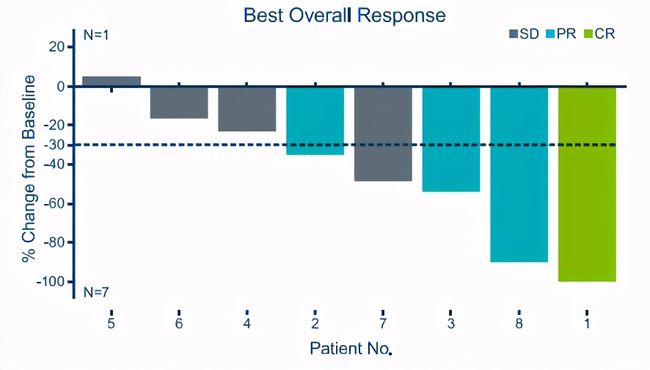 In addition, TILs therapy also shows great potential in colorectal cancer, breast cancer and other malignant tumors. Please check the relevant links at the end of the article.

Various studies that have been developed indicate that TIL therapy will need to be continuously improved and developed, and will eventually become a new weapon for humans to fight cancer.

We hope that this therapy will be available as soon as possible to benefit more cancer patients.

New TILs immunotherapy made the patient cancer-free for five years