How dangerous is India’s Coronavirus variant B.1.617 ?? What is the protection of existing vaccines?

How dangerous is India’s Coronavirus variant B.1.617 ?  According to a report by Singapore’s Lianhe Zaobao on the 4th, India has recently added more than 360,000 confirmed cases of coronavirus, with more than 300,000 new cases in a single day for 12 consecutive days, and the cumulative number of confirmed cases has approached 20 million.

According to the latest model predictions, the Indian epidemic may reach its peak in these few days, earlier than previously predicted. The Ministry of Health of India announced on the 3rd that in the past 24 hours, there were 368,147 new confirmed cases across India, increasing the cumulative number of confirmed cases to 19.93 million; the number of new deaths was 3,417, and the total number of deaths was 218,959.

Since the outbreak of the epidemic in India, in addition to the amazing increase of 300,000 to 400,000 per day, mutations in India have also attracted much attention. Like other mutant strains, B.1.617 has multiple mutations, with 13 gene mutations in total.

Two of the mutations, L452R and E484Q, have attracted the attention of the outside world, which are dubbed “double mutations”. L452R may improve the ability of the virus to invade cells and immune escape. This mutation was also found in the California variant; E484Q helps to enhance the immune escape ability of the virus, which is very similar to the mutation at the E484K site in the South African and Brazilian variants.

The analysis chart on nextstrain.org, a website tracking the global COVID-19 mutant strain, shows that when B.1.617 first appeared in India in October 2020, it did not quickly become the main mutant strain in the population. 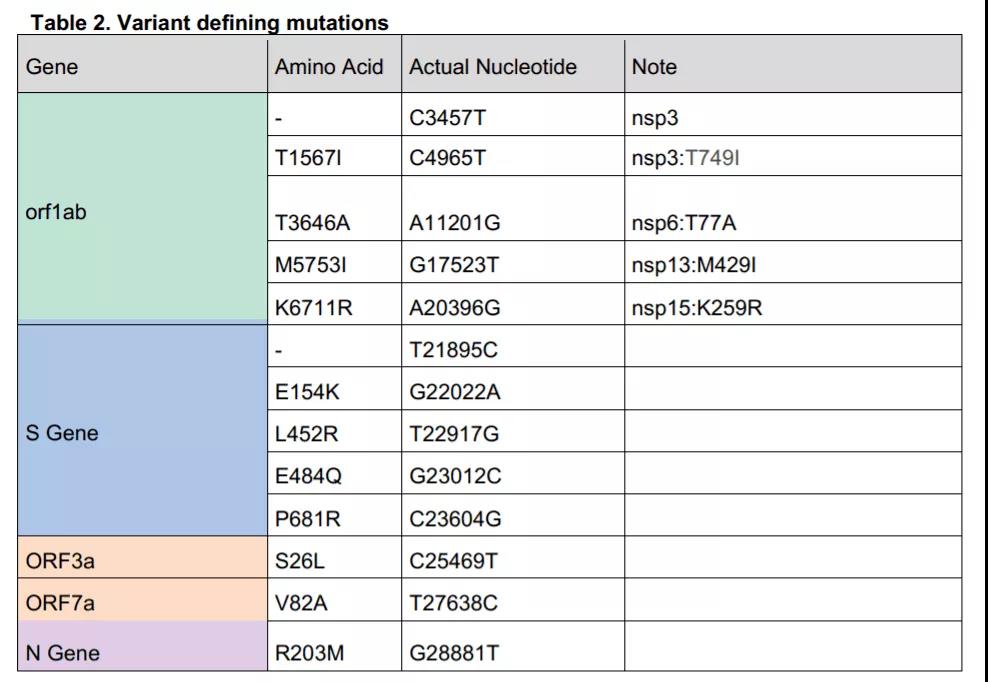 The WHO also stated on the 27th that the new coronavirus mutant strain “B.1.617” discovered in India has appeared in at least 17 countries. According to Agence France-Presse, as of the 27th, the global influenza data sharing platform “GISAID” has received more than 1,200 sequences showing that at least 17 countries have found cases of infection with the COVID-19 variant strain “B.1.617”. According to the WHO, most of the sequences were uploaded from India, the United Kingdom, the United States and Singapore.

2.  How can the existing vaccines protect against it?

Among the vaccines that have been approved for widespread use, there are not many studies on the protective ability of B.1.617. Previously announced the latest interim analysis results of the inactivated COVID-19 vaccine COVAXIN produced in India in the phase 3 clinical trial.

Although this result does not include the analysis of specific mutant strains, the 78% protection effect obtained in the case of multiple mutant virus strains shows that this inactivated vaccine can still play a protective role. In addition, the researchers also found that compared with the D614G virus strain used in the inactivated vaccine, the sera of the volunteers vaccinated with COVAXIN had a reduced ability to neutralize B.1.617, and the geometric mean titer (GMT) decreased by 1.95. Times.

Compared with another widely popular B.1.1.7 mutant (the British mutant), the GMT decreased by 1.84 times. These data show that although B.1.617 has a certain immune escape ability, existing vaccines may still have a protective effect on it. 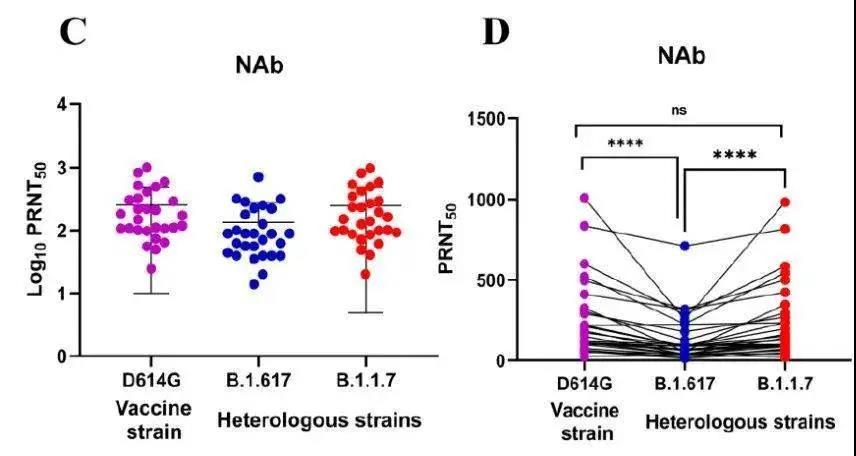 ▲Comparison of neutralizing titers of serum from volunteers vaccinated with COVAXIN inactivated new coronavirus vaccine against B.1.617 and other new coronavirus strains

Recently, the Gupta research team at the University of Cambridge in the United Kingdom used human serum 1-3 months after a shot of Pfizer mRNA vaccine to conduct a neutralization experiment on the Indian COVID-19 variant (B.1.617). It was found that the Indian double-mutant variant reduced the vaccine’s neutralization ability to the same extent as the new coronavirus with only one L452R mutation.

That is to say, the effects of E484Q and L452R on serum neutralization ability are less than that of the famous E484K mutation. More importantly, the superposition of these two important mutations of the Indian variant did not lead to a further decrease in serum neutralization ability. To a certain extent, it explains why many Indian variants will slowly lose the E484Q mutation phenomenon in the process of spreading.

Although this is only a relatively preliminary result, the verification is only the serum of volunteers who have received a shot of Pfizer (the current consensus is that the antibodies generated after the second shot of the mRNA vaccine are more comprehensive and the ability to resist mutations is stronger), But from this result, it can be basically inferred that the main threat of the Indian variant is that it has a stronger transmission capacity and is more adapted to the local environment in India, but it has a relatively limited impact on the effectiveness of the vaccine. 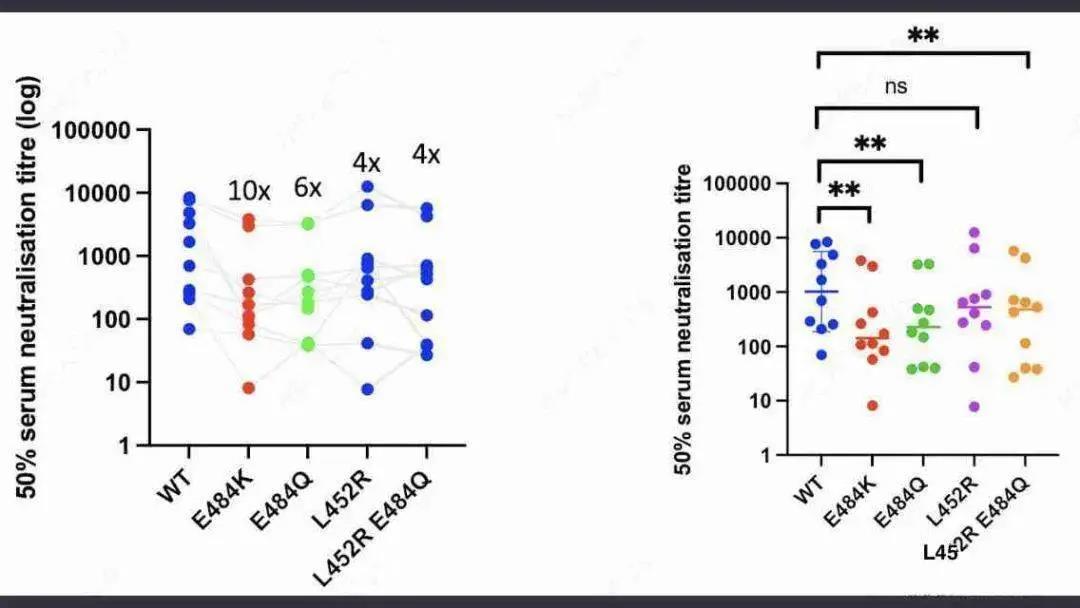 ▲Comparison of the neutralization titer of B.1.617 and other new coronavirus strains in the serum of volunteers vaccinated with one dose of Pfizer mRNA vaccine