BioCryst Pharmaceuticals recently announced that the European Commission (EC) has approved Orladeyo (berotralstat) capsules, an oral, once-daily drug for children and adult patients aged 12 years and older to prevent hereditary Onset of angioedema (HAE). In December 2020 and January 2021, Orladeyo was also approved for the same indications in the United States and Japan.

It is worth mentioning that Orladeyo is the first targeted oral therapy approved for the prevention of HAE attacks. The approval of the drug on the market has brought significant progress in the treatment of HAE patients who have been waiting for oral preventive treatment options, and will help reduce the treatment burden of patients.

The active pharmaceutical ingredient of Orladeyo is berotralstat, which is a new, oral, once-a-day, potent and selective inhibitor of human plasma kallikrein, which works by reducing the activity of plasma kallikrein. The drug was developed for HAE patients to prevent and treat the onset of angioedema. Currently, BioCryst is developing two formulations of berotralstat, capsules are developed to prevent HAE attacks, and oral liquid formulations are used to treat acute HAE attacks. 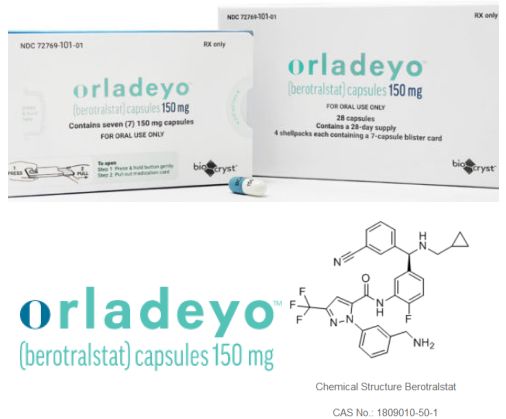 Jon Stonehouse, President and CEO of BioCryst, said: “Currently, most European HAE patients use on-demand therapy or androgens to treat the disease. We believe that the oral, once-daily approval of Orladeyo will help Patients provide an exciting new opportunity to reduce their treatment burden by using Orladeyo for preventive treatment.” 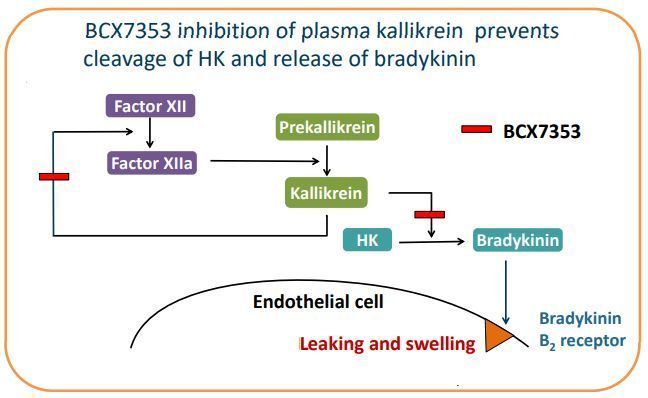 In 2 trials, Orladeyo was safe and well tolerated. Compared with the placebo group, the most commonly reported adverse reactions in patients taking Orladeyo were gastrointestinal reactions. These reactions usually occur early after the start of Orladeyo treatment, become less frequent over time, and usually disappear on their own.

Existing HAE preventive therapies have a significant treatment burden. In addition to reducing the rate of HAE attacks, data from the APeX-2 trial showed that in patients who took Orladeyo (150 mg) orally once a day, the quality of life and overall patient satisfaction were significantly improved, and the monthly standard care on-demand medication was significantly improved cut back.

Marc Riedl, an investigator of the APeX-2 trial and professor of medicine and clinical director of the Center for Hereditary Angioedema at the University of California, San Diego, said: “Patients and doctors agree that HAE treatment will increase the burden of life for patients. As a once-a-day oral With treatment options, Orladeyo can significantly reduce seizures and reduce the burden associated with injections and infusions.”