One of the reasons for this is that the CD3 type bispecific antibody activates T cells mainly through “signal 1”, while the activation of T cells by CAR-T includes “signal 1” and “signal 2.” 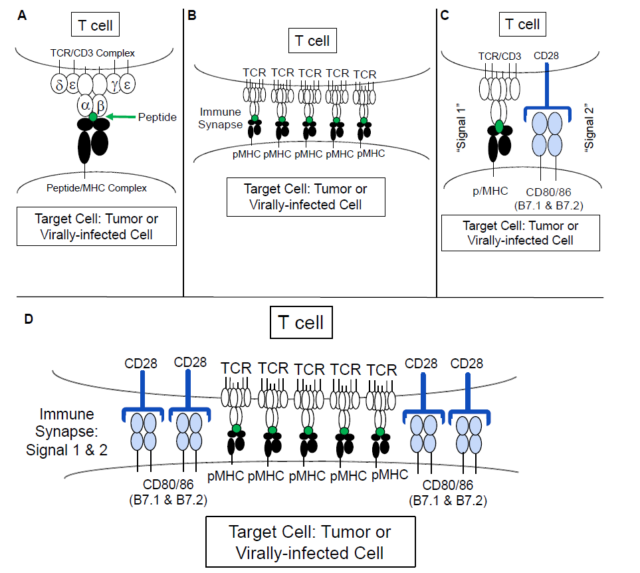 In order to test whether these two bispecific antibodies can form immune synapses between target cells and T cells and play a role, the authors constructed a 293 cell line expressing human CD20/PSMA as target cells, and constructed CD20xCD3 and PSMAxCD28 bispecifics. Antibody.

Immunofluorescence experiments have shown that when only target cells or T cells are present, bispecific antibodies can bind to cells and be evenly distributed on the cell surface (Figures 3A and 3B). When T cells and target cells are present at the same time, the two bispecific antibodies Antibodies can mediate the formation of immune synapses (Figure 3C).

Compared with medication alone, the combined use of two bispecific antibodies can strongly promote the proliferation of T cells (Figure 3D and 3E). 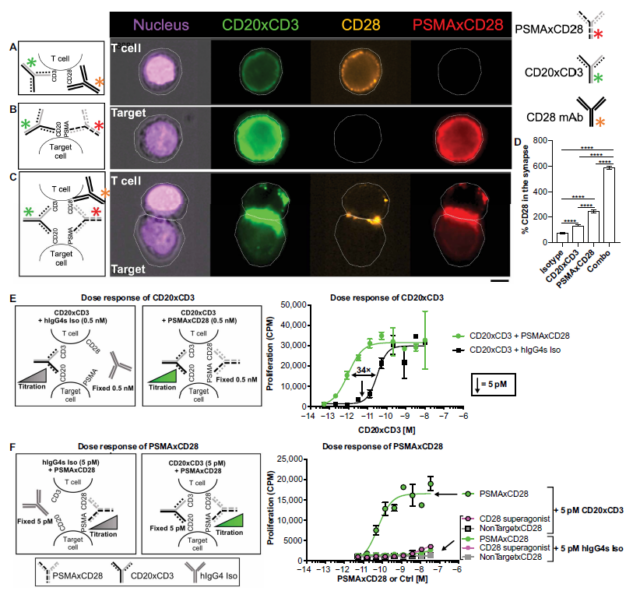 In addition to enhancing the killing of tumor cells by CD3-related double antibodies, TSAxCD28 also improves the release of IFN-γ and the activity and proliferation of CD4 and CD8 T cells (Figure 4C-4E and 4H-4J). 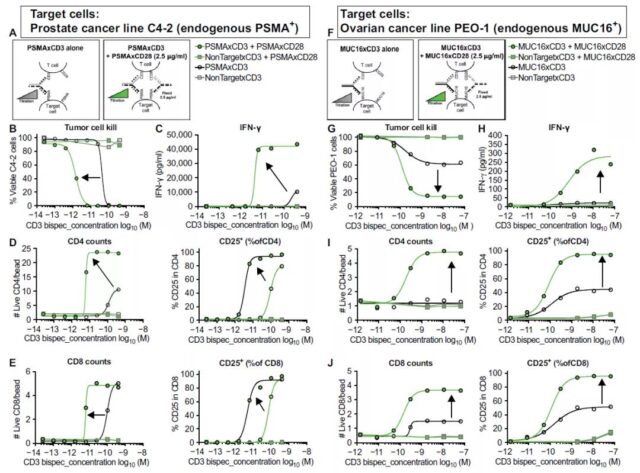 However, EGFRvIIIxCD3 and EGFRvIIIxCD3+ MUC16xCD28 as controls were completely unable to grow a tumor (Figures 5A and 5B). After treatment, mice in the MUC16xCD28 and MUC16xCD3 combination group also had significantly lower tumor antigen load than other antibody treatment groups (Figure 5C).

Similarly, in a humanized mouse model expressing human CD3/CD28 and related tumor antigens, the combination of TSAxCD28 bispecific antibody and TSAxCD3 antibody has stronger anti-tumor activity than the two alone. 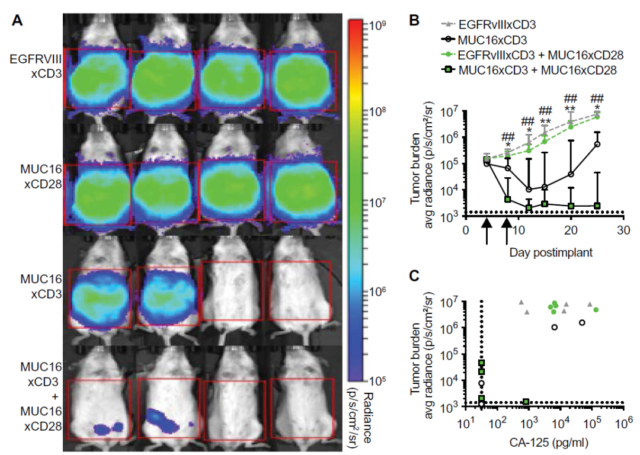 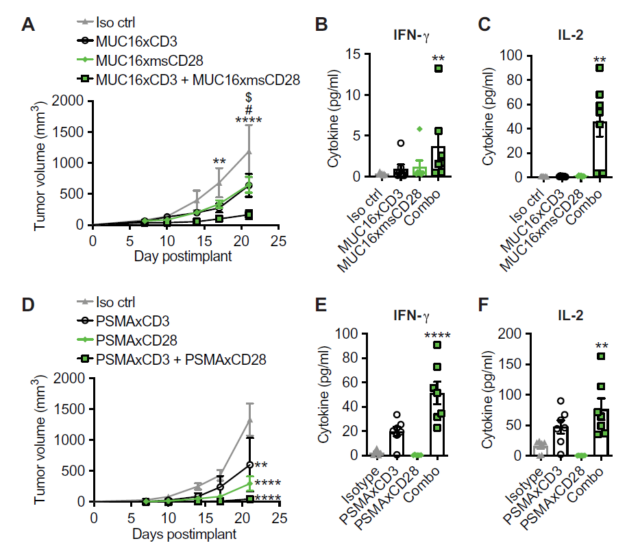 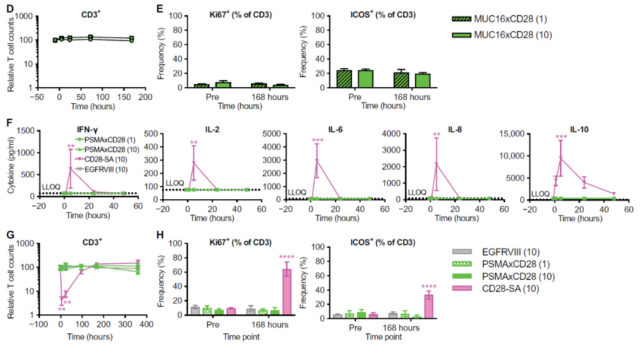 CD3-related bispecific antibodies have achieved great success in the treatment of hematological tumors, but their therapeutic effects in the field of solid tumors are not satisfactory. Therefore, there are many areas that need to be improved, such as enhancing its tumor killing effect and reducing CRS and other related side effects.

In terms of enhancing anti-T cell activity, people have long realized that T cells activated by the TCR complex (signal 1) can enhance the ability to eliminate tumor cells under the action of costimulatory molecules (such as CD28, etc.).

However, the early technical backwardness and the TGN1412 clinical accident in 2006 led to the termination of CD28-related agonistic antibody research.

With the advancement of antibody technology and the further deepening of understanding of CRS and other related side effects, CD28-related antibodies have gradually entered people’s field of vision.

Regeneron constructed TASxCD28 bispecific antibodies. These antibodies are different from the early CD28 super agonistic antibodies. They can not only mediate the formation of signal 2 related immune synapses, but also will not systemically activate T cells when used alone. Therefore, it is safer.

However, compared with CAR-T, the combination of bispecific antibodies has more advantages. First, the antibody preparation is easier and universal. Second, when the tumor antigens recognized by the two antibodies are different (TSA1xCD28, TSA2xCD3), there is only one target. There are two antigens on the cells to maximize the activation of T cells, thereby reducing the off-target effect of the double antibody.

This research gave us a new understanding of the role of CD28-related antibodies. Perhaps in the near future, CD28 antibodies will come back to life!