Currently, cotoretigene toliparvovec is being developed as a one-time gene therapy for the treatment of XLRP patients. The data shows that the XIRIUS study did not meet the primary endpoint, but there is a positive trend in several pre-specified secondary endpoints, such as clinically relevant visual acuity measurements.

cotoretigene toliparvovec is an AAV8 vector-based gene therapy under development. It is administered by subretinal injection and aims to provide full-length functional retinitis pigmentosa GTPase regulatory protein for patients with X-linked retinitis pigmentosa (XLRP) caused by mutations in the RPGR gene. (RPGR). By replacing this gene, cotoretigene toliparvovec can cause an increase in the level of RPGR protein, which may slow, prevent or prevent further degradation of photoreceptors in patients with RPGR-related XLRP.

XLRP mainly affects men. The most common cause is mutations in the RPGR gene, which leads to loss of photoreceptors, accumulation of retinal pigment deposits, and ultimately loss of vision. The typical feature of the disease is night blindness that begins in early adolescence. XLRP is an early-onset and severe retinitis pigmentosa. About 2-4 men per 100,000 people are diagnosed with XLRP, about 75-90% XLRP cases with known gene mutations are caused by mutations in the RPGR gene. Loss of sight is devastating and can lead to loss of independence, unemployment, social isolation and depression. 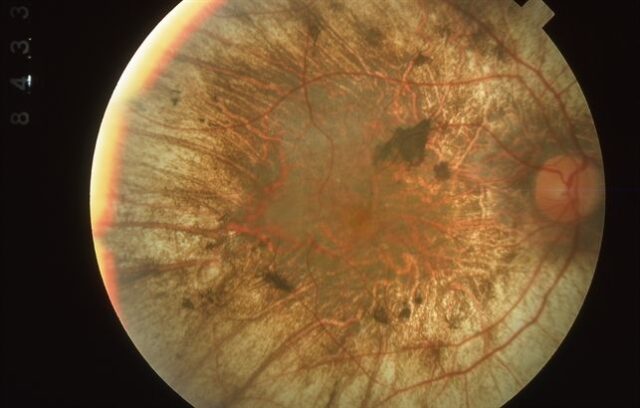 XIRIUS is the first human, multi-center, randomized, three-arm dose escalation and dose extension study to evaluate a single subretinal injection of cotoretigene toliparvovec in male patients diagnosed with XLRP through genetic testing. The first part is a 24-month dose escalation study (n=18, ≥18 years old); the second part is a 12-month dose expansion study (n=32, ≥10 years old), according to the benefit/risk assessment from the first In one part, high-dose and low-dose are selected, and the third untreated group allows comparative comparison of efficacy and safety. At the end of the study, the subjects in the first and second parts have been invited to participate in a separate long-term follow-up study that will collect efficacy and safety data within 5 years of treatment.

The top-line results from the XIRIUS study showed that the study did not meet the primary endpoint: the macular integrity assessment (MAIA) microperimeter was used for evaluation, at ≥5 sites out of 16 central sites on a 10-2 grid, accept The ratio of treated study eyes with an improvement of ≥7dB from the baseline did not achieve a statistically significant improvement. The evaluation was performed at 12 months and compared with the study eyes of patients who were randomly assigned to the untreated control group. Positive trends were observed in several clinically relevant pre-specified secondary endpoints. In this study, most of the adverse events were ocular in nature, with mild to moderate severity, and all have been resolved.

A comprehensive analysis of the XIRIUS study is underway, and the detailed results will be announced at a future scientific conference.

Katherine Dawson, MD, head of Biogen’s therapeutic product development department, said: “Although the phase 2/3 XIRIUS study of cotoretigene toliparvovec did not meet its primary endpoint, we are encouraged by the positive trends in other pre-specified clinically relevant endpoints, such as those in weak Visual acuity measurement under light conditions. XLRP is a severe, early-onset retinitis pigmentosa. Patients will almost face a certain degree of blindness at the age of 40, usually leading to loss of independence, depression and unemployment. We are further evaluating XIRIUS Research data, and then communicate the potential next steps of the cotoretigene toliparvovec clinical development project.” 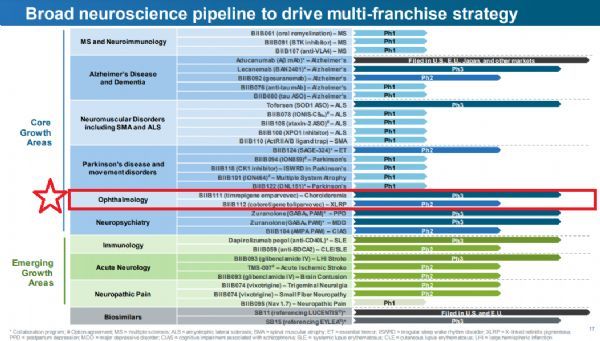 At present, Biogen is advancing its multi-franchise investment portfolio strategy, seeking ways including gene therapy to solve major unmet medical needs. In ophthalmology, in addition to cotoretigene toliparvovec, the company is currently evaluating the safety and effectiveness of titrepigene emparvovec (BIIB111/AAV2-REP1), which is a gene therapy that is being developed as a one-time treatment for choroideremia (choroideremia). ), this is a rare hereditary retinal disease.

In addition, Biogen has also reached a global cooperation and licensing agreement with ViGeneron GmbH to develop and commercialize gene therapy products based on adeno-associated virus (AAV) vectors, with the purpose of treating hereditary eye diseases, and with the Massachusetts Eye and Ear Hospital ( Massachusetts Eye and Ear) signed a license agreement to develop a gene therapy for the treatment of hereditary retinal degeneration caused by mutations in the PRPF31 gene.

In addition to Biogen’s gene therapy for various eye diseases, the company also signed an agreement with Catalyst Biosciences to develop and commercialize PEGylated CB 2782 for the treatment of geographic atrophy, which is a dry age. An advanced form of associated macular degeneration (dry-AMD) that can cause blindness, but there is no approved treatment.