The rising star of synthetic lethality: PRMT5/MAT2A inhibitor.  The success of the PD-(L)1 target has made tumor immunotherapy a glorious moment; how to avoid the competitive Red Sea market, Parp and other new target inhibitors based on the “synthetic lethal” theory may be a way out.

The so-called “synthetic lethality” concept can be traced back to 1992. The American geneticist Calvin discovered in the research of fruit flies that fruit flies with both pd and Pdr mutations cannot survive, and this Mutation of any of these genes alone will not cause the death of fruit flies [1]. In 1946, Theodore Dobzansky formally proposed the concept of “synthetic lethality” [2] to describe the complementary lethal effects of different genes.

Scientists can easily combine this phenomenon found in fruit flies with tumor treatment theories. If human cells also have this phenomenon, only the simultaneous inactivation of two non-lethal genes can lead to cell death.

If it is found that there is a specific gene A inactivation in tumor cells, then use drugs to inhibit its synthesis of lethal partner gene B to inactivate both, and healthy somatic cells can ensure normal physiological functions because of the normal gene A. The expression will not be harmed by drugs, so that it can only specifically kill this type of tumor cells, which is simply a perfect theoretical design.

But from theory to practice, it is very difficult and tortuous. It was not until the successful commercialization of PARPi that the theory of “synthetic lethality” be used in tumor treatment became a reality.

PARP and BRCA meet in the century

On May 7, 2021, BeiGene’s self-developed PARPi Pamidaril was officially approved by the NMPA for the treatment of recurrent advanced ovarian cancer and fallopian tubes that have undergone second-line and above chemotherapy and are accompanied by germline BRCA (gBRCA) mutations. Patients with cancer or primary peritoneal cancer. For a while, the public’s attention was drawn to PARPi.

Although only 7 years have passed since the launch of the first PARPi, olaparib, the advent of PARPi has brought major changes to the treatment of ovarian cancer, and it has been found in breast cancer, prostate cancer, and even pancreatic cancer, the king of cancer. Decent performance. The success of all this starts with the encounter of PARP and BRCA (breast cancer related protein).

PARP plays a key role in the process of DNA single-stranded base excision and repair. Just in case, BRCA in the body can work with PARP on the homologous recombination (HR) repair pathway. This double insurance combination can effectively ensure the correctness of DNA replication in the body. However, in some cancer cells, the BRCA gene will mutate. If drugs to inhibit PARP are developed, it will naturally have a therapeutic effect on this type of BRCA gene mutant cancer.

Thus, PARPi came into being, and officially opened the era of application of the principle of “synthetic lethality” in the field of tumor treatment.

The exploration of PRMT5 and MTAP

Some companies are fully betting on the development of PARPi, and naturally there are companies who want to overtake in a corner. Based on the success of PARPi, can they find the next “synthetic lethal” golden partner comparable to PARP/BRCA? The answer is yes, PRMT5/MTAP is exactly this potential combination. 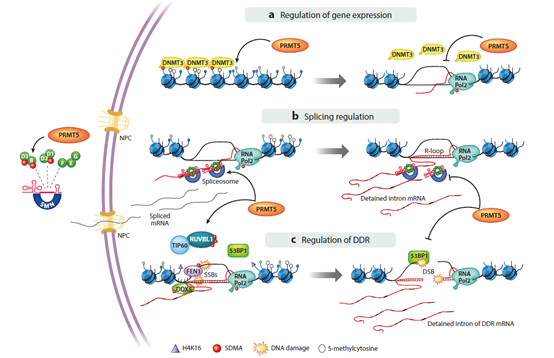 Figure 3 The role model of PRMT5 in gene expression, splicing and DDR [5]

PRMT (Protein Arginine Methyltransferase) can methylate a variety of proteins and play an important role in biological processes such as gene expression, splicing and DNA damage repair. At present, 11 members of the PRMT family have been discovered, and the main research focus is on PEMT5.

Two back-to-back “Science” articles in 2016 reported for the first time the synthetic lethal effect of inhibiting PRMT5 in MTAP-deficient tumors. In addition, studies have shown that cancer cells lacking MTAP are also sensitive to methionine adenosyltransferase 2A (MAT2A). Therefore, PRMT5 inhibitors and MAT2A inhibitors are expected to become a new generation of targeted drugs for the treatment of MTAP-deficient tumors. 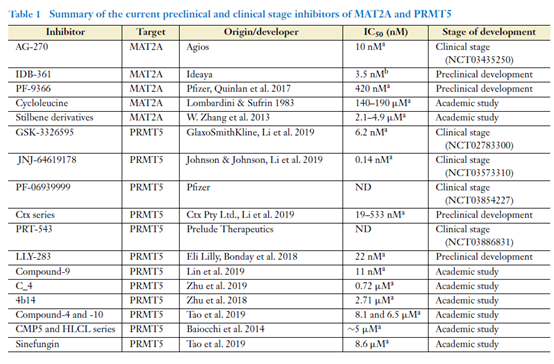 At present, there are a number of PRMT5/MAT2A inhibitors in clinical trials, including GSK, Pfizer and other major pharmaceutical companies, as well as emerging biopharmaceutical companies such as Agios. Let us expect that in the field of tumor targeted drug therapy, the theory of “synthetic lethality” can make another success.