Rare new drug for obesity! Imcivree, a powerful and first MC4R agonist, is recommended and approved by EU CHMP: weight loss ≥10% after treatment for one year

New drug for obesity: Imcivree is recommended and approved by EU CHMP.  Rhythm Pharmaceuticals is a biopharmaceutical company focusing on the development and commercialization of the treatment of rare genetic obesity diseases.

Recently, the company announced that the European Medicines Agency (EMA) Committee for Medicinal Products for Human Use (CHMP) has issued a positive review opinion recommending approval of Imcivree (setmelanotide) for use in children and adults with rare obesity aged ≥6 years. , Treat obesity and manage hunger.

Now, CHMP’s opinions will be submitted to the European Commission (EC) for review, which will usually make an approval decision within the next 2 months. If approved, Imcivree will be the first EU drug to treat these rare genetic obesity 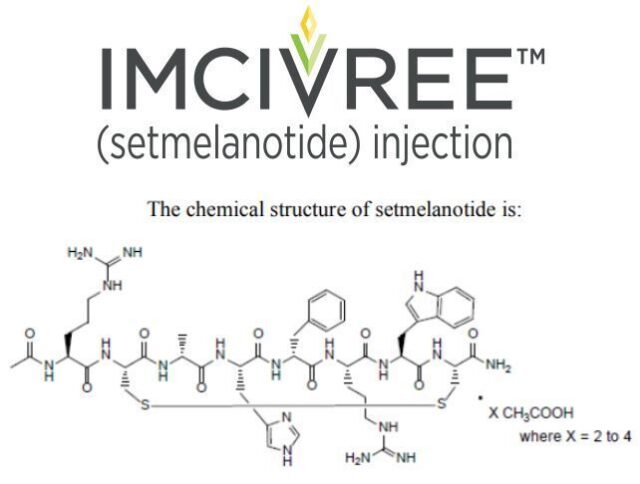 The active pharmaceutical ingredient of Imcivree is setmelanotide, which is a pioneering, oligopeptide MC4 receptor agonist designed to restore the function of the damaged MC4 receptor pathway caused by the upstream gene defect of the MC receptor, thus directly solving the root of the disease the reason. Setmelanotide can re-establish the patient’s energy expenditure and appetite control, reduce hunger, and reduce weight.

In phase 3 clinical trials, 80% and 45.5% of obese patients caused by POMC or PCSK1 deficiency and LEPR deficiency, respectively, lost more than 10% of their weight after receiving Imcivree for one year. 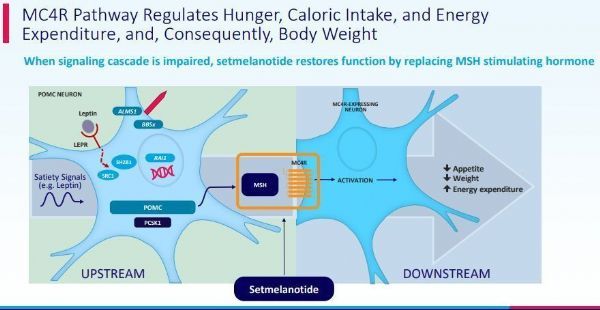 CHMP’s positive review opinions are based on the results of two pivotal phase III clinical trials. These two studies evaluated the efficacy and safety of setmelanotide in the treatment of POMC (including PCSK1)-deficient obesity and LEPR-deficient obesity. Both studies reached the primary endpoint and all key secondary endpoints. The data showed that setmelanotide reduced body weight and extreme hunger (hyperappetite) with statistical significance and clinical significance. Importantly, during the withdrawal period (8 weeks), the patient’s body weight and hunger sensation both increased significantly, and after restarting treatment, most patients recovered their weight loss and hunger response. These data confirm setmelanotide It can help restore the function of MC4R pathway in regulating body weight and controlling appetite, and verify its clinical therapeutic effect.

In both studies, patients aged 6-17 years (n=14) had a significant decrease in BMI at baseline. Since these patients have not yet completed their growth, appropriate progression of puberty and an increase in height were observed during the study period.

In addition, both studies included a 4-week placebo withdrawal period to further illustrate the effect of setmelanotide treatment. During this period, patients almost immediately gained weight, increased hunger, and reversed the first 12 weeks of weight loss and decreased hunger scores. the trend of.

Consistent with previous clinical experience, setmelanotide was well tolerated in both trials. Treatment-related adverse events (AE) include injection site reactions, nausea and vomiting, headaches, and increased pigmentation (blackening of the skin). No cardiovascular adverse events related to setmelanotide have been reported.