However, in modern society, with the accelerating pace of work and life, coupled with the interference of various entertainment activities, it is difficult for many people to have enough sleep time.

We know that coffee, tea and energy drinks are common refreshing drinks, because they all contain a central nervous stimulant-caffeine. Caffeine can temporarily drive away sleepiness and restore energy. Therefore, many people with insufficient sleep rely on caffeine to improve their mental state.

On May 20, 2021, researchers from the Sleep and Learning Laboratory of Michigan State University in the United States published a research paper titled: Caffeine selectively mitigates cognitive deficits caused by sleep deprivation in the Journal of Experimental Psychology: Learning, Memory, and Cognition .

The research team evaluated the effect of caffeine in counteracting the negative effects of sleep deprivation on cognition. They found that caffeine can only partially relieve sleepiness caused by lack of sleep, but performance in high-level difficult tasks, such as surgery and driving, is still affected.

Caffeine is a plant alkaloid that can paralyze insects that eat caffeine-containing plants, so it exists in many plants as a natural insecticide. In the course of production practice, humans have unexpectedly discovered that these caffeinated plants, such as coffee beans, tea, etc., have refreshing functions, so coffee and tea have become popular drinks around the world.

At a time when sleep time is generally insufficient, it has become the norm to drink coffee, tea and other caffeine drinks to improve work and study concentration. But whether these caffeine drinks can offset the cognitive impairment caused by lack of sleep, and to what extent? Still not known.

The research team validated this theory by studying the effects of caffeine on vigilant attention (PVT) and placekeeping tasks (UNRAVEL). The researchers recruited 276 participants who were asked to complete a simple attention task and a more challenging UNRAVEL task at night, which required tasks to be completed in a specific order without skipping or repetition step. 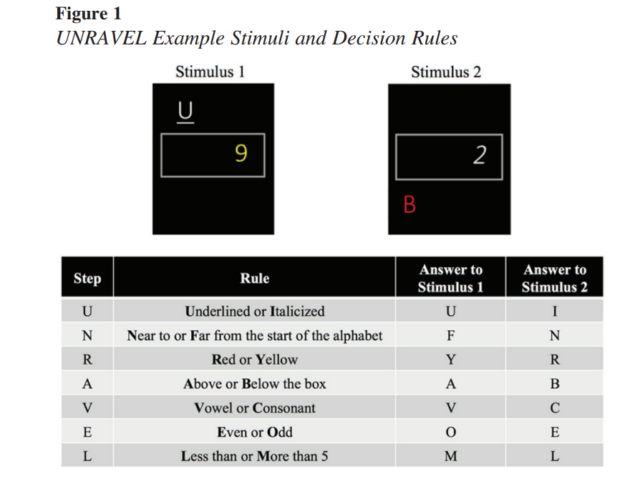 UNRAVEL mission and its rules

Researchers found that lack of sleep can affect the performance of participants in these two tasks, and caffeine intake helps participants better complete the alert and attention task, but for most participants, taking caffeine Capsules did not improve their performance in the UNRAVEL task.

From this point of view, caffeine can improve people’s ability to stay awake and focus on a task, but it is not effective in preventing procedural errors that may lead to medical accidents and car accidents. This also confirms the importance of sleep for those who perform high-risk procedures, such as surgeons, pilots, and police.

Kimberly Fenn, the leader of the study, said: “Caffeine can increase energy, reduce sleepiness, and even improve mood, but it definitely cannot replace a full night’s sleep. Although people may feel that they can use caffeine to combat lack of sleep, But their performance on high-level tasks may still be affected. This is one of the reasons why sleep deprivation is so dangerous.” 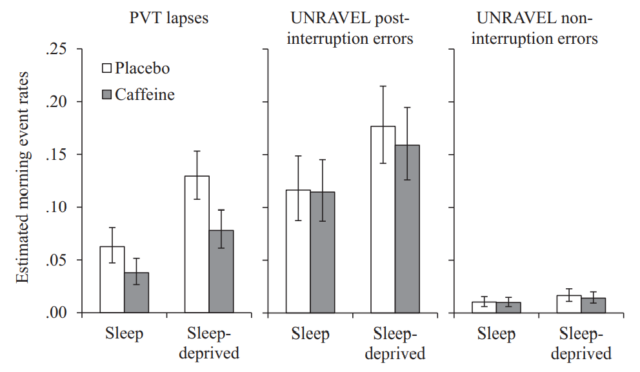 All in all, these results indicate that lack of sleep directly impairs the ability to maintain position through a causal path that does not affect visual alertness and attention. This finding has implications for intervention research and shows that caffeine has limited potential in reducing the rate of program error in professional environments such as surgeons and drivers.

Therefore, caffeine is not as reliable as you think. Adequate sleep is an important guarantee for reducing the error rate in your study and work!