The development history and clinical significance of cardiac markers

The development history and clinical significance of cardiac markers.  Growth-stimulating expression protein 2 (ST2) is a member of the interleukin-1 receptor family and has a soluble form (sST2) and a transmembrane form (ST2L). IL-33 is a functional ligand of sST2 and ST2L.

The development history and clinical significance of cardiac markers

With the deepening of scientific research and the advancement of technical methods, cardiac markers have undergone more than sixty years of development, from the earliest glutamate transferase to the current troponin and N-terminal brain natriuretic peptide precursors. Complete and mature testing system.

The development history of heart markers 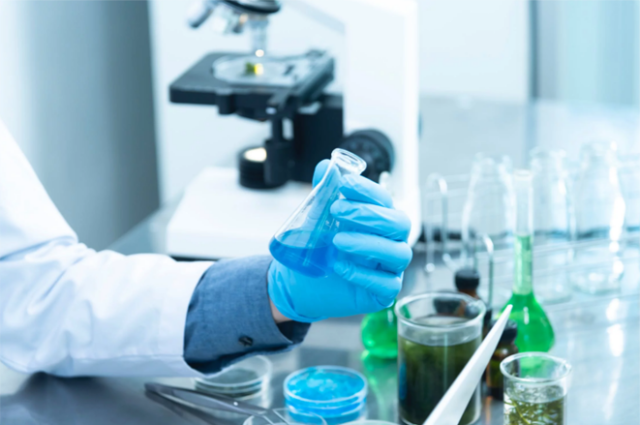 In 1.1954, Karmen et al. first proposed the use of serum glutamate transferase (GOT) to diagnose myocardial infarction (MI).

3.1960, a study found that creatine kinase (CK) was of greater value in diagnosing AMI.

4. In 1965, Duma RJ and Seigel AL proposed that CK has high specificity and sensitivity to AMI.

5. In 1980, WHO and the World Cardiology Nomenclature Committee proposed CK, LDH, GOT, and CK-MB (creatine kinase isoenzyme) as indicators for diagnosing AMI, among which CK-MB was hailed as the “gold standard” for diagnosing myocardial injury.

6. In the 1980s, myoglobin (Myo) was on the stage of diagnosing myocardial injury.

7. In 1988, Sudoh and colleagues isolated brain natriuretic peptide from pig brain for the first time. Later, it was discovered that human myocardial tissue is the main source organ of BNP. By 1995, Hunt discovered NT-proBNP (N-terminal pro-B-type natriuretic peptide) in human plasma, which was subsequently widely used in the diagnosis of heart failure.

8. In 1989, Katus HA from Germany first proposed to measure troponin T (cTnT) to diagnose AMI and applied for a patent.

9. In 1992, Professor Ladenson from the United States reported the preparation of anti-cTnI monoclonal antibodies. One pair was selected to establish a double antibody sandwich to detect cTnI, which has extremely high sensitivity and specificity for the diagnosis of AMI.

10. In 1972, Gaffney first proposed that D-dimer can be used as a “useful tool” for coagulopathy. Then in 1983, Rylatt et al. first reported the use of monoclonal antibodies to detect D-dimer (methodology is latex agglutination).

11. In the 1990s, studies found that the heart fatty acid binding protein (H-FABP) is also one of the myocardial sensitive ischemic injury markers.

12. In 1989, Shin-ichi Tominaga of Japan first reported growth-stimulating expression protein 2 (ST2). Later in 2002, Richard Lee’s team at Harvard Medical School explained the relationship between ST2 and the heart. In 2005, they discovered the specific ligand IL- of ST2. 33.

Troponin (Tn) is a regulatory protein of striated muscle contraction. It is a structural protein of skeletal muscle and cardiac muscle. It is composed of three subunits: TnI, TnT and TnC. Among them, the myocardial subtypes of TnI and TnT (cTnI and cTnT) have unique epitopes of the myocardium, and the myocardial specificity is relatively high.

When myocardial ischemia causes myocardial damage, first a small amount of free cTnI and cTnT in the cytoplasm is rapidly released into the blood circulation, and the concentration of cTnI and cTnT in the peripheral blood rises rapidly, which can be measured within 4 hours after the onset. Subsequently, myocardial myofilament is slowly and continuously degraded, and cTnI and cTnT are continuously released into the blood. The duration of cTnI elevation is 4 to 10 days, and there is a good diagnostic window. Compared with other markers, cTnI has stronger diagnostic sensitivity and diagnostic specificity, and is the preferred marker for myocardial injury.

Creatine kinase isoenzyme (CK-MB) is mainly present in the outer plasma layer of cardiomyocytes. When the myocardium is damaged, CK-MB is released into the blood, starting to increase in 4 to 6 hours, reaching a peak in 24 hours, and lasting for 2 to 3 days. When cTn cannot be measured, CK-MB can be selected. The tissue specificity of CK-MB is lower than cTn, so in most cases, it is recommended to measure CK-MB twice in succession to improve the accuracy of diagnosis. Continuous detection of CK-MB is specific for the diagnosis of acute myocardial infarction.

Myoglobin (Myo) is a small molecule cytoplasmic hemoglobin protein that can bind to oxygen. It is widely found in skeletal muscle, cardiac muscle and smooth muscle tissue. It is a protein that stores and transports oxygen in muscles. When the myocardium or striated muscle is damaged, Myo is quickly released into the blood. The concentration of Myo in the blood rises rapidly in 1 to 3 hours, reaches a peak in 6 to 9 hours, and returns to normal levels in 24 to 36 hours. Because of the high concentration of Myo in skeletal muscle, the specificity for judging myocardial injury is relatively poor. However, because of its small molecular weight, early release and rapid excretion of metabolism, the combination with cTn or CK-MB is helpful for the early diagnosis of AMI.

Diagnosis cut-off value: Myo in the blood of healthy people is very small, 20-80ug/mL for men and 10-79ug/mL for women. When Myo is greater than 100ug/mL, it has diagnostic significance.

B-type natriuretic peptide (BNP) is one of the cardiac function markers. It is produced after the division of the BNP hormone source (proBNP), and is mainly secreted when the myocardial cells are subjected to increased volume load and pressure load.

The determination of the concentration of BNP in plasma can be used for the diagnosis of heart failure, risk stratification, prognostic evaluation, and judgment in assisting clinical decision-making.

D-Dimer (D-Dimer) is a blood coagulation biomarker, a specific degradation product produced by fibrin monomer cross-linked by activated factor VIII and then hydrolyzed by plasmin. D-Dimer is the simplest fibrin degradation product, and its production and increased levels reflect the activation of the coagulation system and fibrinolytic system in plasma. Clinically, D-Dimer is a molecular marker of hypercoagulable state and hyperfibrinolysis in the body.

The negative result of the D-Dimer test can be used to screen and exclude deep vein thrombosis (DVT), pulmonary embolism (PE), and acute aortic dissection (AAD).

Growth-stimulating expression protein 2 (ST2) is a member of the interleukin-1 receptor family and has a soluble form (sST2) and a transmembrane form (ST2L). IL-33 is a functional ligand of sST2 and ST2L. When cardiomyocytes are stimulated by mechanical pressure, both ST2L and sST2 increase.

The combination of IL-33 and ST2L can inhibit cardiomyocyte hypertrophy and fibrosis, thereby protecting the heart. However, sST2 acts as a decoy receptor to compete with ST2L to bind IL-33 and inhibit the binding of ST2L to IL-33, thereby preventing the protective effect of IL-33 on the heart and promoting myocardial remodeling and ventricular dysfunction.

sST2 is a marker of myocardial fibrosis. The test result is not affected by age, renal function, gender, BMI, etc. It is superior to natriuretic peptide in the diagnosis and prognosis evaluation of patients with heart failure and renal insufficiency. sST2 can independently predict the risk of death in patients, and its combined application with NT-proBNP can enhance the ability to predict death.

Single detection threshold: 35ng/mL. The current study believes that the sST2 concentration of 35ng/mL is the threshold value for the high incidence of cardiovascular events