This is not because of fear or inexperience. Because of the lack of rapid detection methods for measuring DOAC activity and the lack of standardized thresholds, the treating physician must judge the patient’s anticoagulation status and consider the high cost and potential risks of blindly administering DOAC reversal agents when administering thrombolytic drugs.

Whether it is reversal anticoagulation therapy for prethrombotic disease or embolic disease, or thrombolytic therapy for patients receiving DOAC therapy, it is a dangerous choice. This choice lacks convincing data and is unlikely to appear in randomized clinical trials. However, not reversing DOAC and not taking thrombolytic therapy may deprive patients of the chance of getting rid of long-term disability.

There are many nuances to consider, which will influence this decision. This view will involve several uncertain areas, and clinicians must consider thrombolytic therapy for patients taking DOAC. 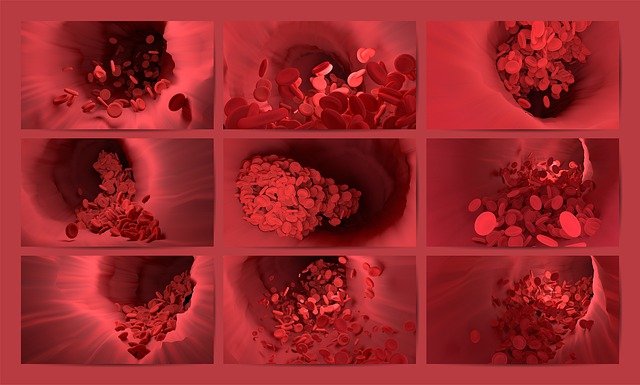 How long ago was the last time you took DOAC (relative to the half-life of the drug)? The current AHA/ASA recommendation is not to use tPA treatment within 48 hours after DOAC administration. If the time point at which the patient finally looked normal can be judged, then the closer the time the patient took DOAC for the last time to 48 hours, the higher the willingness of clinicians to treat.

How reliable is the time of the last dose? Even in a mobile stroke unit, when clinicians arrive at the scene to receive patients, family members, and medicine bottles, they often find that this period of time is even more difficult to determine than the onset of stroke.

In addition, stroke patients are rarely accompanied by some relative contraindications, such as the use of dual antiplatelet drugs, severe leukoaraiosis, minor head trauma, or a history of stroke within the past 3 months, which may increase the risk of bleeding . How should clinicians combine these factors with the risks associated with using DOAC?

Opportunity to benefit from thrombolytic drugs

How long can the patient receive treatment after the stroke symptoms appear? After receiving treatment in the first hour, the benefits of tPA are obvious. At this time, the attractiveness of using tPA treatment is much greater than delaying treatment, such as 3 hours after the onset of onset, because the benefits of tPA may be offset by the risks of treatment. If it is a mild stroke, is it worth the risk? The efficacy of tPA on NIHSS<5 points is inherently questionable. How does the risk of thrombolysis in patients taking DOAC break this balance?

These questions are waiting to be answered by randomized clinical trials, including those presenting to the clinicians having to make the tPA decision, not those presenting to the thrombectomy center after the decision had been made. The understanding is that, for example, patients who go directly to the primary stroke center for treatment, rather than directly go to the advanced stroke center for treatment). In any case, this debate is complicated, and for patients taking DOAC, the problem remains unresolved.

In addition, for the center using tenaprose (compared with the center using tPA), the reason for reversing DOAC before thrombolysis and thrombectomy is not sufficient, but compared with tPA, tenaprose achieves early recanalization. The advantages are debatable, and the data is limited. Even if the early recanalization rate of tenecteplase is higher than tPA, this does not mean that tPA does not work at all in this case.

Reverse the thrombotic risk of drugs

Why do patients take DOAC? Are they in a hypercoagulable state or a hyperthrombotic state? Will reversing DOAC in this case cause thrombosis? Does the reversal drug have an inherent risk of thrombosis, or does the patient have a potential clotting disorder? There is currently a lack of data to reverse the risk of anticoagulation.

Opportunity to benefit from reversal drugs

How effective and durable is the reversal drug? Idarucizumab can irreversibly bind to dabigatran, but for the most commonly used DOAC (such as factor Xa inhibitors) drugs, andexanet alfa is more expensive and has worse reliability and reversal durability. This is not to say that the use of thrombolytic drugs to reverse DOACs is inappropriate. However, only immediate testing in the pre-hospital or emergency room can ensure that patients need reversal agents and that the effects of DOAC have been successfully reversed.

When discussing immediate detection, we should mention thrombelastography to detect DOAC activity. Why are there no more methods available for the determination of anti-Xa activity? There is a great need for further verification, and the development of more detection methods is a priority, rather than blindly recommending reversal agents and hoping to get the best results.

Finally, if there is atrial fibrillation or other indications for DOAC, a new ischemic stroke occurs when the patient is taking DOAC, which does not necessarily mean that the DOAC treatment has failed or the patient’s compliance is not good. For clinicians, finding the second mechanism of recurrent stroke should be a priority, such as carotid artery stenosis or intracranial atherosclerosis, because this requires different secondary stroke prevention strategies.

In short, for an acute ischemic stroke that is taking DOAC, making a decision will be one of the most complex and delicate decisions in acute stroke management. There are many uncertainties, such as the time between the last dose of DOAC and the onset, between DOAC activity and the risk of bleeding, the risk of thrombosis, and the probability of benefit of using reversal drugs before thrombolysis. Instant testing will greatly help clinicians solve these problems, and the development of such testing methods should be a priority. At the same time, stroke experts need to carefully adopt individualized and optimized management measures.