Milestone: The first clinical trial of an oral diabetes drug based on GLP-1

Milestone: The first clinical trial of an oral diabetes drug based on GLP-1.  The effect is remarkable, not only can reduce blood sugar, but also lose weight.

This year (2021) is the 100th anniversary of the discovery of insulin. The discovery and application of insulin has made the diabetes that has plagued humans for thousands of years no longer been horrible and saved the lives of countless diabetic patients. “Biological World” will continue to report on the milestones and the latest breakthroughs in the history of diabetes treatment.

With the changes in life and eating habits, diabetes has become the third major factor affecting human health after cardiovascular and cerebrovascular diseases and malignant tumors. This is an increasingly serious global problem. According to the International Diabetes Federation, about 425 million adults worldwide suffer from diabetes, while China accounts for 114 million. This means that more than a quarter of the “sugar friends” in the world are in China!

Even more frightening is that diabetes can also induce a series of complications, such as cardiovascular disease and kidney disease, etc., which seriously affect the health of many families and society. Therefore, how to prevent and treat diabetes and reduce the harm of diabetes has become an important aspect of national health care and improvement of national quality.

This is the first clinical study of oral small molecule GLP-1 receptor agonists, and it is also an important milestone for GLP-1 based diabetes therapy!

Type 2 diabetes is a disease caused by insufficient insulin secretion or increased blood sugar levels caused by insulin resistance. It can be clinically manifested as polydipsia, polyphagia but weight loss. It usually develops after the age of 35-40, accounting for more than 90% of diabetic . There is currently no cure for type 2 diabetes, and insulin injections and medications such as metformin can control the condition.

In 1987, GLP-1 was first discovered, but it was not until 1993 that scientists proved that GLP-1 was very effective in reducing blood sugar in patients with type 2 diabetes. However, subsequent studies have found that the half-life of GLP-1 in the human body is very short, and after a few minutes it will be hydrolyzed by DPP-4 enzyme to inactive substances.

Since then, the multi-step evolution of GLP-1 based therapies has begun. One of the key breakthroughs came from the discovery of exendin-4, which can act as an agonist of GLP-1R and resist degradation of DPP-4. And the duration of treatment can be enhanced by chemical modification and binding enhancers. All these have opened the door to the clinical application of GLP-1 receptor agonists.

This clinical trial shows that Danuglipron, as a GLP-1 receptor agonist, can be used to treat type 2 diabetes. It only needs to be administered 1-2 times a day without adding absorption enhancers. 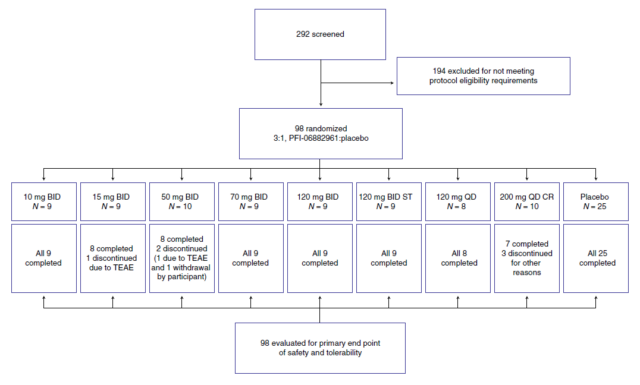 The researchers recruited 98 patients with type 2 diabetes and randomly divided them into a trial group and a placebo group. After 4 weeks of treatment, the subjects were able to reduce fasting blood glucose by 64mg/dl-110mg/dl at the most effective dose, glycated hemoglobin by 0.7%, 1.8% in steady state, and weight loss by 5.5 kg.

From this small preliminary study, it can be judged that Danuglipron’s effect on blood sugar control and weight loss is close to the most effective selective GLP-1 receptor agonist-Semaglutide, but the latter is injected subcutaneously. 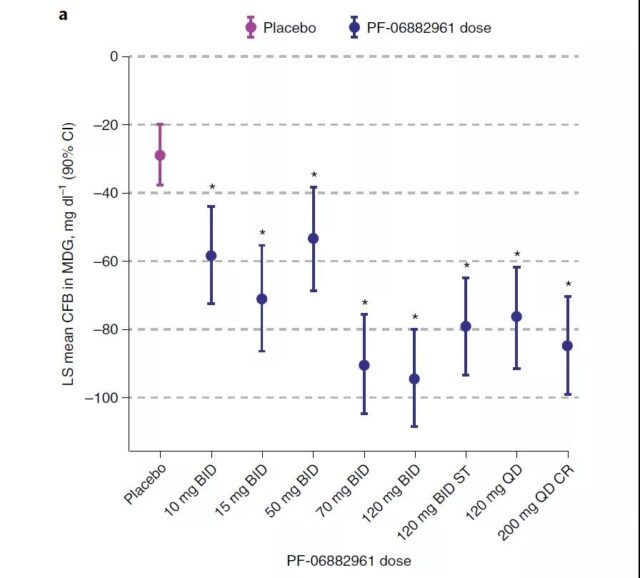 Subsequently, the research team also assessed the subjects’ adverse events, most of which were mild nausea, indigestion and vomiting. In addition, the subjects experienced a slight decrease in diastolic and systolic blood pressure after 28 days of Danuglipron treatment, and a general increase in heart rate, but no adverse heart rate events were reported. 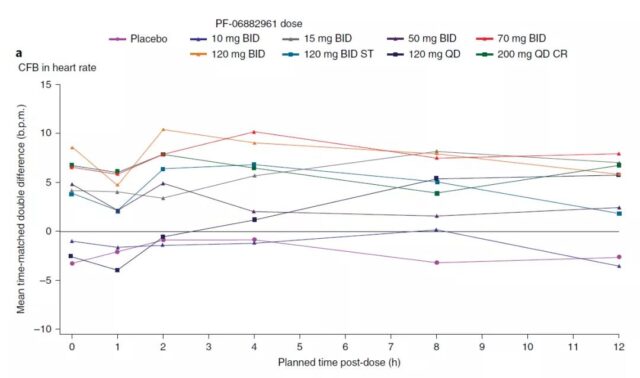 The research team said that this high incidence of gastrointestinal side effects may be affected by the environment of hospitalized patients, but it may also indicate that the molecule is in large amounts in the brain. In fact, the weight loss of the subjects also indicates that the brain has absorbed a considerable amount of fat. 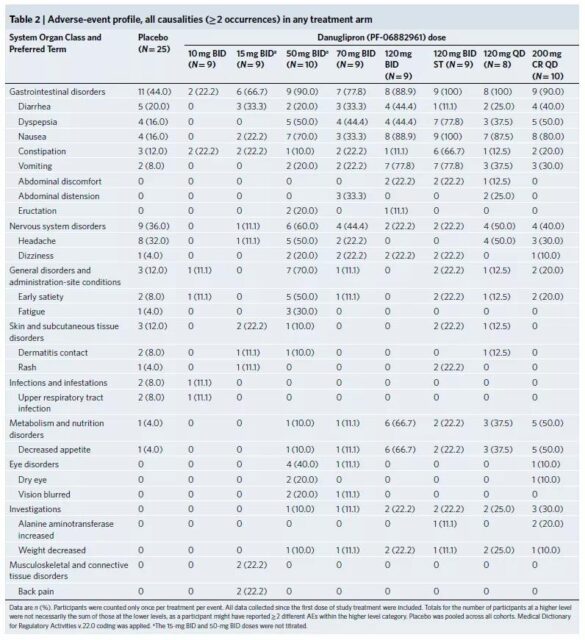 In fact, among other GLP-1 receptor agonists, weight loss is mediated by activating the GLP-1 receptor in the hypothalamus, which is located on the arcuate nucleus and is associated with suppression of appetite and food intake. Therefore, for new oral small molecule GLP-1 receptor agonists, optimizing the selective uptake of areas involved in weight regulation in the central nervous system while avoiding their uptake into areas that mediate side effects will develop a unique , Provide opportunities for drugs with advantages other than oral.

Orally active small molecule GLP-1 receptor agonists have strong advantages. Once proven to be safe and effective in the treatment of type 2 diabetes, this may become an attractive alternative to diabetes injections and other oral preparations. ——No need to strictly overnight fasting, and no need to restrict diet for 30 minutes or longer after taking it.

Looking back, GLP-1-based therapeutic drugs have a history of nearly 30 years, and considerable progress has been made in the treatment of type 2 diabetes and its complications. This clinical study shows that oral small molecule GLP-1 receptor agonists have clear therapeutic potential, which is undoubtedly a milestone research progress.