mRNA vaccines can provide comprehensive protection against malaria.  At the end of 2020, the US Food and Drug Administration (FDA) approved two mRNA vaccines for the prevention of COVID-19 pneumonia (COVID-19). In fact, before the COVID-19 pandemic, mRNA vaccines were attracted by their unique advantages. A large number of pharmaceutical companies participate in research and development. Today, the success of mRNA vaccines in the COVID-19 field has greatly stimulated and promoted the development and expansion of mRNA technology.

The mRNA vaccine is to directly introduce the mRNA encoding a certain viral antigen protein into the animal’s somatic cells, and synthesize the corresponding antigen protein through the host cell’s translation system, thereby inducing the host to produce an immune response to the antigen protein to achieve The purpose of preventing and treating viral infections. 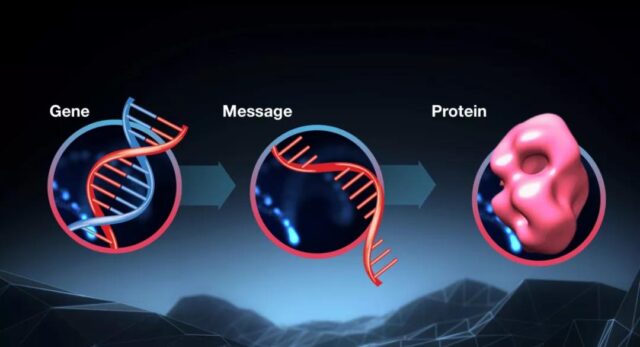 In recent years, mRNA vaccines have been developing rapidly at an alarming rate. There are not only a variety of SARS-CoV-2 mRNA vaccines, but also mRNA vaccines for rabies, Zika virus and other infectious diseases, cancer, and autoimmune diseases are undergoing clinical trials. test.

On June 18, 2021, a number of research institutions in the United States cooperated with Acuitas Therapeutics and published a research paper titled: Messenger RNA expressing PfCSP induces functional, protective immune responses against malaria in mice in the journal npj Vaccines, a journal of Nature.

The research developed a new vaccine based on mRNA technology that can prevent malaria in a mouse model.

Malaria is caused by the continuous proliferation of Plasmodium falciparum in human erythrocytes. It is mainly transmitted through mosquito bites. Malaria has been raging in tropical developing countries such as Africa, southern Asia and South America for a long time, causing great casualties and economic losses. The discovery and use of artemisinin and its derivatives have saved tens of millions of lives, and Tu Youyou won the 2015 Nobel Prize in Physiology or Medicine for this reason.

However, malaria is still a major public health problem facing the world. Nearly 3.2 billion people in 89 countries are at risk of contracting malaria, which accounts for almost half of the world’s population. Malaria is recorded every year. There were more than 200 million infections and 400,000 deaths, most of them children.

In recent decades, scientists have been committed to the development of anti-malaria vaccines, hoping to eradicate malaria from the root and build a malaria-free world, but these efforts have not yielded good results.

Like previous malaria vaccines, this mRNA vaccine also uses the circumsporozoite protein (pfCSP) of Plasmodium falciparum to trigger an immune response, which is an immunodominant coat protein during the invasion stage of Plasmodium.

Next, the research team conducted experiments on a mouse model. The test results showed that mice vaccinated with the mRNA vaccine can effectively resist malaria infection, indicating that the mRNA malaria vaccine has achieved a high level of protection against malaria infection. This also laid the foundation for the development of malaria vaccines based on the mRNA technology platform.

The experimental mRNA vaccine was developed by Acuitas Therapeutics, which was established in Vancouver, Canada in 2009. It is committed to the development of lipid nanoparticles (LNP), mRNA therapy, and intracellular delivery of nucleic acid therapy, etc., through cooperation with many pharmaceutical companies Cooperate with scientific research institutions to promote nucleic acid therapy to the clinic and the market.