Summary: The role of entorhinal cortex in memory impairment of patients with Alzheimer

Alzheimer’s disease (AD) is a neurodegenerative disease caused by a variety of factors. It is manifested as neuroinflammation, pathological protein deposition and synaptic damage in various brain regions. The three jointly promote the occurrence of AD memory impairment and development of. The entorhinal cortex (EC) plays an important role in all stages of the memory process and various types of memory. More importantly, EC lesions accompany the early memory impairment of AD patients. Therefore, in-depth exploration of the role of EC in the pathogenesis of AD and early intervention methods for EC are of great significance to the promotion of AD treatment. 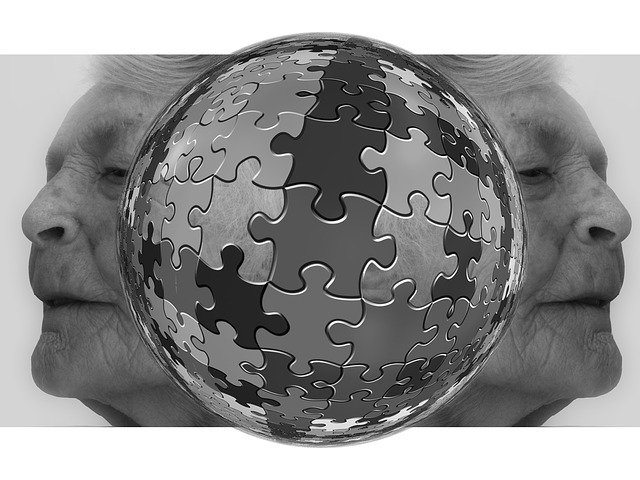 The EC is located in the anterior segment of the parahippocampal gyrus and consists of the lateral entorhinal cortex (LEC) and the medial entorhinal cortex (MEC). There are a lot of connections between EC and other brain regions: LEC is mainly connected with the olfactory perception area, insular cortex, middle frontal cortex, orbitofrontal cortex, and periolfactory cortex; MEC is mainly connected with the lower foot of the hippocampus and the parahippocampal foot , Posterior cortex and posterior olfactory cortex. Among them, the relationship between EC and hippocampus, medial prefrontal (mPFC) and anterior cingulate cortex (ACC) is closely related to its function.

The study found that the formation of episodic memory mainly includes two processes: the acquisition of instant event information and the integration of event information and spatiotemporal information, and EC mainly plays a role in the first process. In addition to the above two types of memory, EC also performs a certain function in emotional memory. Specifically, in the tracking conditional fear experiment, the projection of glutamatergic neurons in the second and third cortical layers of MEC to CA1 plays an important role. .

Because of this, EC plays an important role in the three links of memory, namely the formation, consolidation and retrieval of memory. Studies have shown that when the loop formed by the direct projection of CA1 on the fifth cortex of MEC is inhibited, the memory formation of mice is significantly affected. The consolidation of memory requires the connection of EC with multiple brain regions to work together. According to reports, during the memory consolidation phase, LEC and mPFC neurons in the anterior region have the same local field potential frequency, and the activity of single neurons in the ACC increases synchronously, indicating that the connection between EC and mPFC and ACC plays a key role in the memory consolidation phase. .

The clinical course of AD can be divided into pre-clinical stage, mild cognitive impairment stage and dementia stage. As the disease progresses, the memory, cognition, and self-care abilities of AD patients continue to deteriorate. In the pre-clinical and mild cognitive dysfunction stages, AD patients only show impaired memory ability, cognitive ability and daily self-care ability have not been affected, and EC has undergone significant changes in structure and function.

Existing studies have shown that the structural and pathological damage of EC plays an important role in the early memory impairment of AD. From a macroscopic imaging point of view, there are varying degrees of atrophy in various brain regions of AD patients. Structural imaging found that EC was atrophied in the early stage of AD, and neurons in the second and third cortical layers of EC were severely lost, reaching 70% and 40% of the total number of neurons.

Quantitative MRI studies also found that the volume of EC will decrease. As the AD disease progresses, it keeps shrinking. According to reports, EC atrophy rate and basic thickness are highly correlated with the degree of memory impairment. Studies have shown that the regional cerebral blood flow of the EC brain area in the pre-AD period has been significantly reduced. The above research results fully indicate that EC has structural and metabolic disorders in the pre-AD phase, which is significantly earlier than other brain regions.

From the microscopic point of view of pathological changes, there are a large number of pathological protein changes and synaptic changes in the brain of AD patients. In the early stage of AD, EC has a variety of pathological protein changes, mainly manifested as β-amyloid (amyloid-β, Aβ) deposition, tau protein pathology, and neurofibrillary tangles (NFT) deposition. According to the Tal Aβ staging according to the standards of the National Institute of Aging and the AD Association, the progression of Aβ lesions is divided into three stages, namely the Tal Aβ staging A1~A3. The EC score is A1, indicating that it is one of the earliest brain regions where Aβ deposits.

The spread of tau protein and NFT in the brain area also has a sequence. According to reports, in the early stages of AD, a large amount of tau protein and NFT are gathered in the dendrites of EC neurons, especially in the second and third layers of the EC, and then tau protein and NFT spread to the marginal cortex through the synapses. In addition to the two classic AD pathological protein changes mentioned above, recent studies have found that transactive response DNA-binding protein-43 (transactive response DNA-binding protein-43, TDP-43) occurs in 30% to 70% of AD cases. 43) Abnormal deposition and highly correlated with memory loss in AD patients. In the staging of AD disease based on TDP-43, EC is also one of the earlier affected brain regions.

Synapses in EC brain regions also show significant changes in the early stages of AD. Brain development protein A is a representative synaptic protein, which plays an important role in regulating the size of synaptic spine. Studies have found that before the cognitive function changes in AD patients, the expression of EC midbrain development protein A decreases sharply, and this change is earlier than other somatosensory cortex. The composition ratio of the subunits of the gamma-aminobutyric acid receptor subunits and the expression of reuptake transporters in the synapses of gamma-aminobutyric acid neurons in EC are changed in the early stage of AD. The synapse formed by the pyramidal cells of the second cortex of EC and the interneurons expressing parvalbumin (PV) in the CA1 region of the hippocampus, that is, the ECⅡPN-CA1PV synapse is also lost in the early stage of AD.

The above-mentioned multiple pathological proteins and synaptic changes lead to neuronal synapse damage and metabolic function decline, and eventually death. The massive loss of neurons eventually leads to a decrease in the thickness and volume of the diseased brain area, and the patient has clinical symptoms such as memory impairment.

From the perspective of EC’s functions related to memory and cognition, EC impairment can cause many types of memory disorders in AD patients. Fu et al. used EC-tau mice with selective EC brain regions with tau deposition to conduct water maze and T maze experiments and found that tau protein deposition in EC brain regions was highly correlated with impaired spatial memory in mice.

Clinical studies have also confirmed that in all brain regions of the medial temporal lobe, the degree of tau protein deposition in EC is most closely related to the contextual memory score. Other studies have shown that selective injection of Aβ into mouse EC brain regions can significantly impair the mice’s ability to recognize novel objects and spatial memory.

According to reports, EC damage leading to memory impairment may be related to the following mechanisms. Before AD pathological changes appear, the synapses of LEC are over-excited, the normal excitation-inhibition balance is disturbed, and the number of interneurons and cell bodies-axonal terminals that express PV decreases, which leads to the appearance of memory impairment symptoms; LEC mainly passes through the fan shape. Cells are connected with hippocampal DG.

In the early stage of AD, fan-shaped cells are affected by amyloid precursor protein-derived peptides, and their excitatory frequency decreases, which in turn affects memory formation; tau lesions can lead to the loss of excitatory neurons in the dorsal MEC. Cell dysfunction, disorder of excitation pattern and decrease of excitation frequency affect the activity of the entire MEC network.

Existing research suggests that early treatment for EC can affect the occurrence and course of AD. Animal experiments have shown that the use of serotonin receptor agonists can significantly reduce the deposition of Aβ in EC, reduce neuro-inflammatory response, reduce glial cell reactivity, and improve cognitive function. Moreover, the therapeutic effect of serotonin receptor agonists on EC is more obvious than that of hippocampus and prefrontal cortex. Other studies have shown that long-term antioxidant therapy can also improve brain parenchymal blood perfusion by reducing Aβ deposition in EC, reducing chronic inflammation and tissue hypoxia, thereby improving cognitive ability.

In addition, neurotensin receptors are widely distributed in EC, and the use of neurotensin receptor agonists can effectively facilitate the excitability of EC superficial cortical neurons and enhance the excitatory synapses of EC second cortical neurons The post-potential-action potential is coupled to continuously increase the frequency of the action potential, thereby improving the animal’s cognitive function and memory status. Using diazepam, zolpidem, etc. to activate the γ-aminobutyric acid receptors of PV interneurons in LEC can effectively inhibit the overexcitement of LEC neurons and improve the excitation-inhibition balance.

In addition to drug intervention, the use of physical interventions such as deep brain stimulation to treat EC can promote neurogenesis, reduce Aβ deposition, inhibit the formation of total tau protein and phosphorylated tau protein, and effectively improve spatial memory and episodic memory.

The structure and function of EC changes in the early stage of AD, and then clinical symptoms such as memory impairment appear. On-body intervention and treatment for EC can improve or even reverse the deterioration of cognitive function in AD, indicating the prevention and treatment of EC in AD Both play a pivotal role. However, the current clinical treatment methods for EC are single and limited.

In the future, it is still necessary to further clarify the specific susceptibility sites of memory impairment in the EC brain regions of AD patients, and find specific treatment methods for EC to better early intervention and Treat AD.