300 million masks made in USA in stock due to 10 times more expensive than Chinese imported mask.

300 million masks made in USA in stock due to 10 times more expensive.  Masks can’t compete with Chinese products. Executives of US companies wrote to Biden: Buy all our stocks.

Global Network Report] The Nikkei Asian Review published a report on the 29th, focusing on the product competition between Chinese and American mask companies. According to this article, the monthly mask output of the American mask manufacturer “Premium-PPE” plummeted by nearly 90% from last year’s peak, and the number of employees has also plummeted due to the impact of cheap products imported from China.

The report described that idle equipment and piles of unsold goods filled the company’s factory in Virginia Beach. The company claims to have as many as 280 employees, but it has now shrunk to about 50 employees. According to the report, “Premium-PPE” is one of many American mask manufacturers that lost to Chinese competitors. Dili, the company’s chief revenue officer, claimed that the prices of Chinese companies’ products were lower than their cost prices.

According to reports, after the outbreak of the COVID-19 epidemic in the United States in March last year, the business of “Premium-PPE” switched from selling e-cigarettes to selling masks. At that time, the United States was facing a severe shortage of masks, and the company’s products were very popular. Although some progress has been made in vaccination in the United States, the demand for masks has not disappeared. However, few consumers are willing to spend 10 times the money to buy masks made in the United States instead of masks made in China, even though their products are specifically labeled “Made in USA” in an attempt to emphasize the quality of the products . 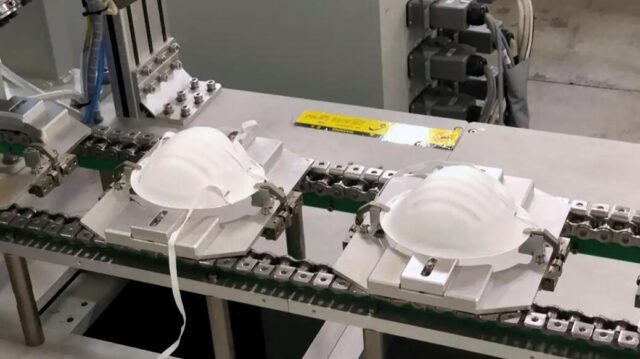 According to the Nikkei Asian Review, according to data from the American Mask Manufacturers Association, which includes small and medium-sized companies, nearly 300 million masks are idle in warehouses in the United States, and manufacturers are closing down one after another.

In this case, the method that the American Mask Manufacturers Association thought of was to find the government. According to reports, Dilly, who is the chairman of the American Mask Manufacturers Association, wrote to President Biden in May, asking the government to buy up these stocks and introduce other support measures. This letter will also maintain the production of masks in the United States in response to a future pandemic and raise it to a “national security issue”.