In 2007, researchers discovered ALK gene (anaplastic lymphoma kinase) fusion mutations in non-small cell lung cancer, and then a series of targeted drugs emerged one after another.

At present, there are many targeted drugs for ALK gene fusion mutations, such as crizotinib, ceritinib, aletinib, brigatinib, ensatinib, loratinib and so on.

Initially the ALK gene mutation detection was carried out by immunohistochemistry and in situ immunofluorescence hybridization (FISH). These tests can only tell us that the ALK gene has a fusion mutation, but cannot tell us which gene is fused with the ALK gene, and where Fracture and fusion occurred at the site.

With the advancement of next-generation gene sequencing technology, we can now clearly know which gene has a fusion mutation with the ALK gene, and where the break has occurred. Today, more than 90 ALK gene fusion partners have been identified in non-small cell lung cancer. However, although these are called ALK fusion mutations, they still have certain differences. 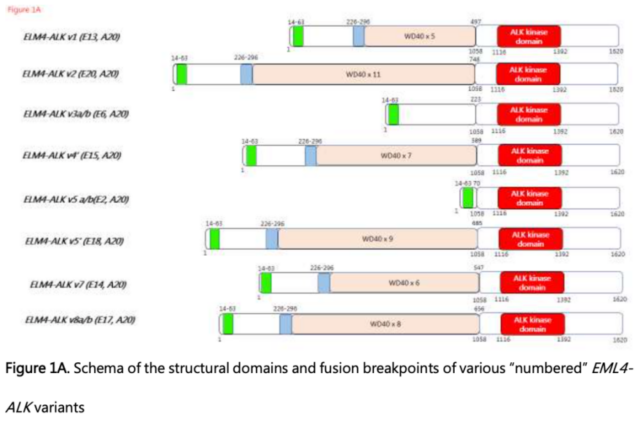 Figure 1. The structural characteristics of the main variants of the EML4-ALK fusion gene

Among them, V1 and V3a/b are the two most common mutants, accounting for 75%-80% of all EML4-ALK fusion mutations. V3a/b and V5a/b are relatively short fusion mutants, and the other six are longer. The response rate and progression-free survival of these two fusion mutants to targeted drug therapy are different. 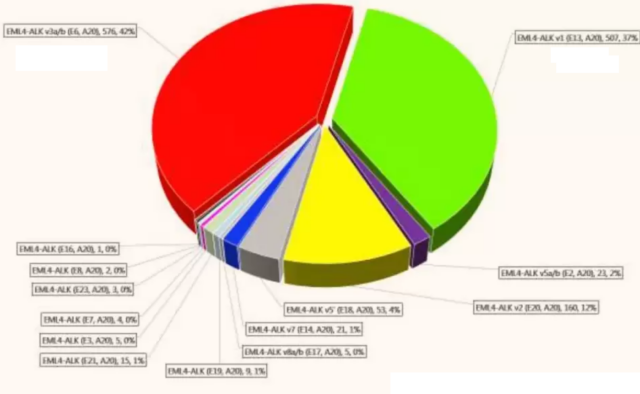 Figure 2. The main subtypes of EML4-ALK fusion mutations are V1 and V3a/b

Although it is the same ALK gene fusion mutation, different partner genes, as well as mutants formed by breaking at different positions, have great differences in the efficacy of targeted drugs. 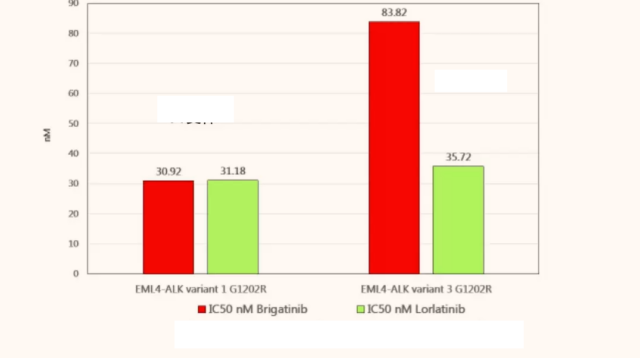 As shown in the figure above, the same use of crizotinib, the IC50 value of the V3a/3b mutant of EML4-ALK is very high, which shows that high doses of crizotinib are required to achieve a better therapeutic effect, and in the V1 mutation The body is much lower. 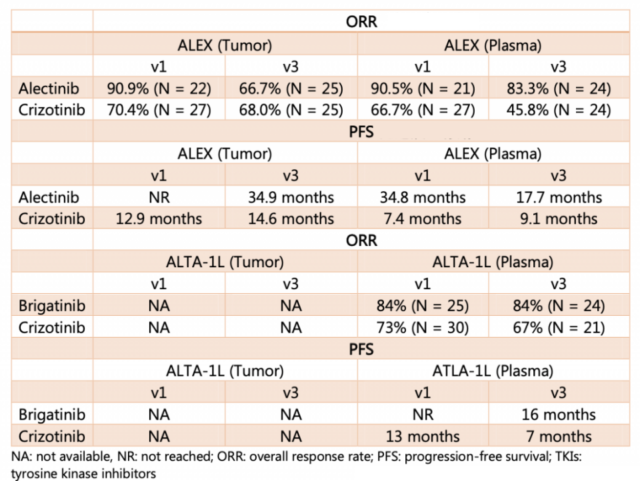 As shown in the figure above, even for the same targeted drug, there are differences in the efficacy data between V1 and V3 mutants. Among them, the treatment response rate and progression-free survival of V3 mutants are lower than those of V1 variants. The V3a/b mutant of EML4-ALK is more prone to the mutation site of G1202R when using a new generation of targeted drugs.

Now that we know that EML4-ALK has 8 mutant subtypes, the situation may be more complicated. In addition to considering the resistance mutation site of the ALK gene, it is also necessary to consider the variant form of EML4-ALK. V1 and V3 variants may use targeted drugs for different efficacy.

Even if the same drug resistance mutation site, such as G1202R, or G1202del, L1198F, etc., in the two most common EML4-ALK fusion genes, V1 and V3, the efficacy of different targeted drugs is different. This is mainly because Judge by IC50 value.

In many cases, as we gain a deeper understanding of a certain field, we will find that we are facing more and more problems. The advancement of molecular diagnostic technology has allowed us to understand the various subtypes of ALK gene mutations. In the face of different subtypes and numerous targeted drugs, patients should be more cautious in their choice of medication. The standard of this medication completely relies on genetic testing, so patients and their families need professional guidance in the selection of genetic testing institutions and products.

In patients with lung cancer with positive ALK gene mutations, if immunohistochemistry or FISH is used to detect mutations, it is recommended to choose a regular large company for testing. If the fusion mutant of the mutation site and ALK gene is detected by the second-generation gene sequencing technology, when the target drug resistance appears in the future, it is recommended to perform the genetic test again to clarify the specific drug resistance site and combine the mutation subtype of EML4-ALK. Type, and then choose the appropriate targeted drugs.