What is early symptoms and prevention strategies of Esophageal cancer?

According to statistics released by IARC under the WHO in September 2018, there are 572,000 new cases of esophageal cancer and 509,000 deaths worldwide each year, and some countries accounts for about 55% of both new cases and deaths.

There are more males than females, and the age of onset is more than 40 years old.

Since the early symptoms of chronic pharyngitis are very similar to those of esophageal cancer, they are often mistaken for general diseases by patients, delaying the best treatment time.

So, what are the early symptoms of esophageal cancer?

How is it different from pharyngitis?

Who are the high-risk groups?

How to check and prevent effectively?

Chronic burns caused by overheated diet is one of the important factors that induce esophageal cancer. 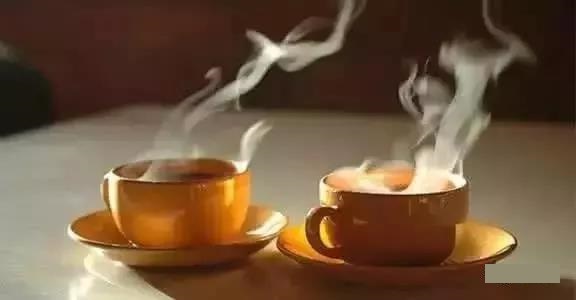 1. Foreign body sensation in the esophagus

2. Dryness and urgency in the pharynx

I often feel that the swallowing of food is not smooth, and there is a slight pain, a feeling of dryness and tightness. Especially when swallowing dry or rough food, this dryness and tightness are more obvious. In addition, the occurrence of such early symptoms is related to mood swings. Being grumpy can also cause tightness in the airway, affect appetite, and cause esophageal cancer.

In the early stages of the disease, because the lesions often manifest as congestion, swelling, erosion, superficial ulcers and small plaque lesions in the local small area of ​​the esophageal mucosa, when food passes, there will be a feeling of swallowing discomfort or swallowing disorder.

If the disease progresses further, a choking sensation will appear, mostly because it can only be found when swallowing foods like pancakes, dry molds, or other foods that are not easy to chew thoroughly.

4. The food passes slowly and has a feeling of staying

The mouth of the esophagus often becomes smaller, the food is difficult to swallow, and there is a feeling of staying. These symptoms only appear when the food is swallowed, and disappear after eating, and have nothing to do with the nature of the food. There is even a burning pain when drinking water.

5. There is a sense of discomfort behind the breastbone

But this can only vaguely feel chest discomfort, neither can point out the discomfort area, nor can it be difficult to describe the specific situation of the discomfort.

It just feels like a burning tingling under the belly, varying in severity. It mostly occurs when swallowing food, and it reduces or disappears after eating, and some are persistent dull pain.

6. Pain behind the breastbone

This manifestation is more common in patients with early esophageal cancer. Often when swallowing food, there is a slight pain behind the breastbone, and the painful part can be felt. The nature of the pain can be burning-like pain, acupuncture-like pain, and pulling and friction-like pain.

The severity of the pain is related to the nature of the food. The pain is more severe when swallowing rough, hot food or irritating food;

The pain is less when swallowing liquid, warm food. The pain when swallowing food is relieved or even disappeared after eating. Most of this symptom can be treated with drugs, and it can be temporarily relieved, but the condition will relapse after a few days or months, and it will recur for a long time.

People with digestive system symptoms are more likely to develop esophageal cancer, such as gastroesophageal reflux;

This is because long-term stimulation of the esophagus with adverse symptoms can cause esophageal cells to become cancerous during the proliferation process of carcinogens. Therefore, people with gastrointestinal symptoms have a higher risk of developing the disease than ordinary people.

Mucosal cells in the inner wall of the esophagus are in an active metabolic state due to inflammation and are prone to cancer. Such people should pay attention to diet in their daily lives and treat related symptoms as soon as possible.

3. Have a family history of esophageal cancer and gastric cancer

People who have bad habits, such as smoking, drinking, or eating pickled, hot, barbecue, or smoked foods, and those who lack vitamin intake are prone to esophageal cancer. Therefore, they should develop good eating habits in their lives.

5. Those who have a positive occult blood test

Esophageal cancer often occurs at multiple points, and there are extensive changes in epithelial cell proliferation around the cancer focus, that is, precancerous lesions.

Different degrees of epithelial cell proliferation lesions are often seen in the adjacent cells after surgery.

In patients who relapse after surgery, it is often not the recurrence of residual cancer, but the lesion of epithelial hyperplasia adjacent to the original cancer that becomes cancerous under the action of carcinogenic factors. Therefore, patients after esophageal cancer surgery are also high-risk groups and should be checked regularly.

According to epidemiological characteristics of esophageal cancer, those who meet any of Articles 1 and 2-6 should be listed as high-risk groups for esophageal cancer and are recommended to be screened:

2) From areas with a high incidence of esophagus;

3) Have symptoms of upper gastrointestinal tract;

4) Have a family history of esophageal cancer;

Esophageal exfoliative cytology is the first choice for early diagnosis of esophageal cancer. Practice has proved that it is feasible to carry out a large-scale census in the high-incidence area of ​​esophageal cancer, and the total positive rate can reach more than 90%. This method is simple, less painful and false. The positive rate is low.

This method can detect early changes in the esophageal mucosa, structure and function, and can help determine the precancerous lesions of the esophagus earlier. And the pain is small and easy to tolerate.

This method has become the most reliable method for routine clinical diagnosis, postoperative follow-up, and efficacy observation of upper gastrointestinal diseases (esophageal cancer, gastric cancer, etc.). In early esophageal cancer, the detection rate of endoscopy can reach more than 85%. 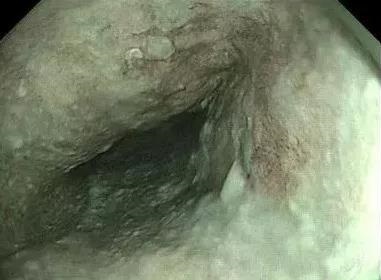 The most difficult to distinguish between pharyngitis and esophageal cancer is a dry throat or a foreign body sensation in the throat. However, the clinical manifestations of the two are actually different. When pharyngitis is suspected, attention should be paid to careful examination.

1. The age of onset is different

Pharyngitis can occur in people of any age;

Pharyngitis often has triggers, such as climate change, dietary irritation, systemic diseases, etc.; esophageal cancer is mostly the result of accumulation over time, and there is no obvious trigger for the onset of esophageal cancer.

Three, the nature of swallowing is different

The sensation of swallowing foreign body in pharyngitis has nothing to do with the nature of diet. It will be reduced when eating and not a sense of blockage. The dysphagia of esophageal cancer will change with the aggravation of the disease, which in turn manifests as difficulty in swallowing solid, semi-solid, liquid, and water. There is a clear sense of stagnation or blockage.

Fourth, the associated symptoms are different

Five, the effect of medication is different

Symptoms will be relieved when pharyngitis medication is used;

For esophageal cancer, ordinary anti-inflammatory and laryngeal drugs are ineffective.

1. Keep away from nitrosamines and mold

Nitrosamines are closely related to esophageal cancer, and mold can enhance the carcinogenic effects of nitrosamines. It is necessary to fast overnight vegetables, rotten fruits, moldy grains, commercially available salted fish and bacon and pickles, as well as fried, fried, and grilled foods.

Pay attention to the source of drinking water, and prevent the tap water from being polluted, otherwise it will cause cancer.

2. No smoking and alcohol restriction

Needless to say, smoking has a wide range of carcinogenic effects.

Eat more fresh vegetables and fruits, the former cannot replace the latter, because a lot of vitamins and trace elements are often destroyed in cooking.

Food that is too hot, too rough, and eating too fast will make it impossible to chew the food adequately. Meals with coarse grains and high temperature can easily damage the fragile esophageal mucosal epithelium, rupture it, and then deform and cause cancer. .

Suffering from esophagitis, leukoplakia, polyps, diverticula, achalasia, etc., due to histological changes, functional variations, and local irritation, it is easy to worsen and form cancer.

Gastroscopy once a year is a vital means to detect early esophageal cancer.