Israel became the first country for the third dose of COVID-19 vaccine.  The outbreak rebounds, Israel takes the lead in the world to start the third injection, is it necessary to cause controversy

Israel began to provide a third dose of the COVID-19 vaccination to people with weakened immunity in the country. When it comes to vaccinations against COVID-19, Israel always seems to be at the forefront.

The Israeli Ministry of Health announced a few days ago that it will provide a third dose of the COVID-19 vaccination for people with weakened immunity in the country. As a result, Israel became the first country in the world to provide a third booster shot to the people. 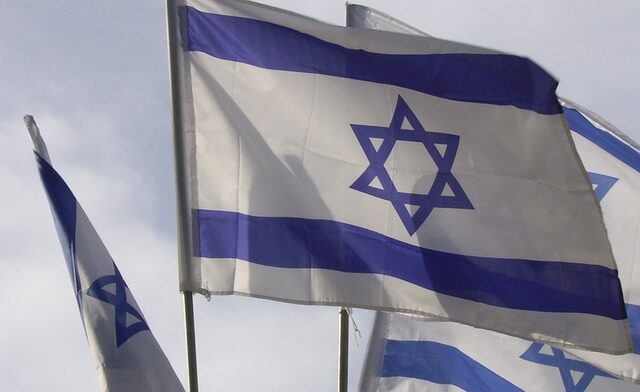 According to the Israeli Ministry of Health, the recommended interval between the second and third doses is eight weeks, or at least four weeks. Unlike Israel’s first global launch of the COVID-19 vaccine in December 2020, whether the third booster dose is necessary and what the effect is, there are currently different opinions from all walks of life.

In an interview with reporters, Song Jing, a postdoctoral associate researcher at the Benaroya Research Institute in the United States and a Ph.D. in immunology at the Hebrew University of Jerusalem, Israel, said that the debate on whether a third dose is needed is mainly due to insufficient data. Failure to prove its effectiveness, and at the same time, if the third dose of vaccination is promoted, the global vaccine distribution will become more unequal.

Start to provide the booster shot

The Israeli Ministry of Health issued a statement on the 12th saying that it has instructed four state-authorized medical and health service organizations to provide a third dose of COVID-19 vaccination to adults with compromised immune systems.

The people with impaired immunity mentioned here mainly include cancer patients and those who have undergone heart, lung, and kidney transplants. On the afternoon of the announcement, dozens of people who had undergone heart transplants were vaccinated with the third dose of the COVID-19 vaccine.

Israeli Minister of Health Nitzan Horowitz issued a statement on the previous 11th that the Ministry of Health is studying whether to approve the provision of a third dose of COVID-19 vaccination as a booster shot for ordinary people.

Since mid-April, the number of confirmed cases of COVID-19 pneumonia in Israel has remained low, and even zero confirmed cases occurred on a few days. The proportion of the population who completed the two doses of vaccination in the country is close to 60%, which has been far ahead in the world for a long time. Coupled with the natural infection rate of 10%, the country has achieved herd immunity to a certain extent.

Under the guidance of the idea of ​​”soft suppression”, the Israeli government announced on the 13th that it would shorten the isolation time for close contacts and immigrants of COVID-19 cases from 14 days to 7 days, provided that the results of nucleic acid tests performed by them after 7 days of isolation are as follows: If it is negative, the decision will take effect immediately on the day.

Is it necessary to provide the booster shot?

According to an Israeli study, the Pfizer vaccine has a reduced protective effect against the delta mutant strain, but it is still quite effective in preventing severe illness caused by this strain.

The Israeli Ministry of Health stated on July 5 that during the Delta epidemic, the protection rate of Pfizer vaccines for vaccinators was 64%, lower than the previous 94%. According to the Ministry of Health, the effective rate of vaccines in preventing severe illness during the same period was 94%, compared with 97% before. This survey result is based on data collected from June 6 to early July.

Experts from the Israeli Ministry of Health also said that compared with the immunity obtained by vaccination, people who have recovered from COVID-19 pneumonia are much less likely to be infected with the “Delta” mutant new coronavirus.

In an interview with a reporter from China Business News, Song Jing said that in addition to the above variables, it is also necessary to think about the vaccination time of the vaccinators. Since Israel started the first batch of vaccination in December 2020, she said that as the vaccination time increases, the immune effect may also weaken. But whether it needs to be strengthened by a supplementary shot, this needs more data to support.

Pfizer and BioNTech issued a joint statement on July 8, planning to apply for the third dose of the COVID-19 vaccine jointly developed by the US and European regulatory agencies next month for the third dose of vaccine. It can greatly enhance the level of antibodies against the new coronavirus, including against the delta strain that is currently accelerating the spread of the world.

In response to the third dose of vaccination, a senior official of the World Health Organization (WHO) said at a press conference on the 12th that there is not enough evidence to prove the need for the third dose of the COVID-19 vaccine.

WHO Director-General Tan Desai said that “greed” is causing the world’s vaccination gap. He said that the top priority is to vaccinate people who have not even received the first shot. He called on pharmaceutical companies not to persuade rich countries to purchase more vaccines, but to give priority to supplying vaccines to poor countries.