What are the current treatments for Advanced Lung Cancer?

What are the current treatments for Advanced Lung Cancer? Advanced lung cancer = terminal illness? No, there are a few more options to treat it. 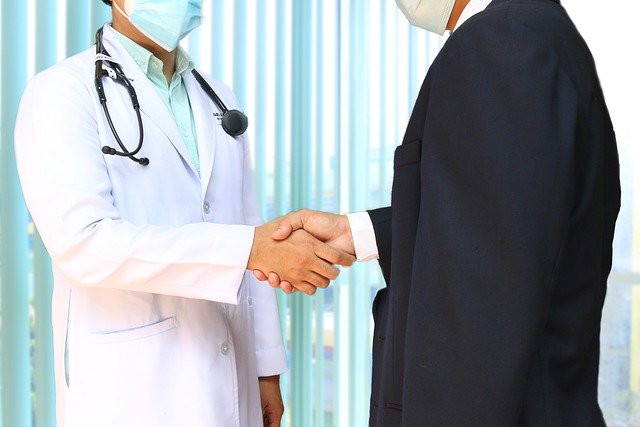 ▌To cure advanced lung cancer, we must rely on a combined immune program

Is lung cancer incurable? Obviously not.

For early lung cancer, surgery or stereotactic radiotherapy still has a certain “radical”, but for patients with advanced lung cancer, because the tumor has metastasized, “cure” has become an almost impossible task.

Targeted therapies have been high hopes. However, on the one hand, not everyone has the opportunity to use targeted therapy; on the other hand, targeted drug resistance has become a hurdle that targeted therapy is difficult to overcome.

Previous cognitive models believe that mutations are the cause of cancer. The new theory believes that cancer is the product of changes in the tissue ecosystem. In fact, the human body is constantly producing cancer cells, but they will not develop into cancer because cancer cells are restricted by the body’s various systems, especially the immune system.

It was not until the emergence of immune checkpoint inhibitors that it was truly possible to cure advanced lung cancer. Immune checkpoint inhibitors represented by PD-1/PD-L1/CTLA-4 monoclonal antibody do not kill and inhibit cancer cells, but restore the function of human immune cells and restore the balance of the human body’s “ecological environment”. When cancer cells are no longer in a dominant position, the cancer is cured.

Although immunotherapy is only a few years old, existing research data shows that about 15% of patients with advanced lung cancer can live for 5 years after receiving immunotherapy, and some patients have even achieved clinical cure. In the field of melanoma, where immune checkpoint inhibitors were used earlier, “super survivors” who have survived for more than 10 years have been produced.

▌What are the combined immunotherapies?

However, do you know that chemotherapy becomes the partner of immunotherapy, but it is not so taken for granted. Chemotherapy has the characteristics of “killing one thousand enemies and self-inflicting eight hundred”. At the beginning, researchers believed that chemotherapy would directly or indirectly damage killer tumor T cells, and release a large amount of antigens to cause immunosuppression, etc., and immunotherapy “Clash”.

However, the clinical trial data is different. The combination of chemotherapy and immunotherapy has not affected the efficacy of immunotherapy, but has increased. Studies have found that chemotherapy can not only kill tumors directly, but also participate in the positive regulation of the immune system and change the local immune microenvironment of tumors, such as: activating dendritic cells and increasing antigen cross-presentation; recruiting T cells into tumors; reducing immunity Suppressor cells and regulatory T cells; etc.

In 2020, the journal Cancer published a meta-analysis that included 5931 patients from 10 studies. The results found that the incidence of immune-related adverse reactions above grade 3 is low when PD-1/PD-L1 monoclonal antibody is combined with chemotherapy In a single drug. In people’s common sense, the adverse effects of the combined regimen should be greater, but combined chemotherapy not only enhances the efficacy of immunotherapy, but also reduces immune toxicity.

Tumor growth maintains the immunosuppressive microenvironment required for its growth and invasion by manipulating the vascular system, immune system, and promoting chronic inflammation. Both anti-angiogenesis and immunotherapy act on the tumor microenvironment, and more and more research evidence shows that the two can affect each other’s functions and have potential synergistic anti-tumor effects.

In addition, the study also included some patients with positive EGFR/ALK gene mutations, and the overall survival of the four-drug regimen was also significantly improved. At present, for patients with late-line resistance to EGFR and extensive progression, the recommended treatment plan in the CSCO guidelines is chemotherapy + anti-angiogenesis therapy. The regimen of immunization + chemotherapy + anti-angiogenesis therapy can provide a better choice for the follow-up treatment of patients with advanced non-small cell lung cancer with EGFR/ALK mutations.

Previously, the use of ipilimumab was often due to too many side effects that many patients could not tolerate. The side effects can be reduced by reducing the dose, but it will lead to insufficient curative effect and treatment failure, which greatly limits its use. Through the combination with nivolumab, the researchers found that reducing the dose of ipilimumab in the combination regimen did not lead to a decrease in efficacy and greatly reduced side effects.

Similar to chemotherapy, the combination of radiotherapy and immunotherapy can also play a synergistic effect, and it has begun to show signs. Positive EGFR/ALK gene mutations used to be the “forbidden zone” of immunotherapy. Not only did it fail to achieve good results, it would increase the risk of serious adverse reactions. However, the research on immune combined targeting is not “annihilated.” This combination is still very likely to bring hope of cure for lung cancer.

Not only that, new types of immune checkpoint inhibitors, such as TIM-3, LAG-3, TIGIT, and so on, are about to emerge. In addition, other immunotherapies such as tumor vaccines and TIL therapies are seeking breakthroughs and are expected to join the strategy of immune combination.

The future must be bright.