Improving air quality can reduce the risk of Alzheimer’s disease?

With the accelerated approval of aducanumab (Aduhelm, Biogen / Eisai) by the FDA for mild cognitive impairment (MCI) and mild Alzheimer’s disease, Alzheimer’s disease has received greater attention. During the 2021 international conference held by the Alzheimer’s Association, more recent research on Alzheimer’s disease and the release of clinical drug data have brought exciting support and motivation to overcome the disease. 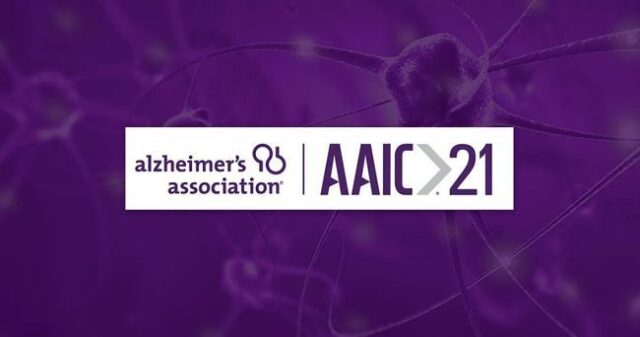 With the accelerated approval of aducanumab (Aduhelm, Biogen / Eisai) by the FDA for mild cognitive impairment (MCI) and mild Alzheimer’s disease, Alzheimer’s disease has received greater attention. During the 2021 international conference held by the Alzheimer’s Association, more recent research on Alzheimer’s disease and the release of clinical drug data have brought exciting support and motivation to overcome the disease. This article is an excerpt The new data released by AAIC 2021 is for everyone to read.

Improving air quality can reduce the risk of dementia

According to several studies published at the AAIC meeting in 2021, improving air quality may improve cognitive function and reduce the risk of Alzheimer’s disease. These main findings include:

According to the findings of the Women’s Health Initiative Memory Research Cognitive Health Outcomes Epidemiology (WHIMS-ECHO), the reduction of fine particulate matter (PM2.5) and traffic-related pollutants (NO2) within 10 years is respectively related to the reduction in the risk of dementia in American elderly women 14% and 26% are related to slower cognitive decline.

According to a study by the University of Washington, long-term exposure to air pollutants is associated with beta amyloid levels in most samples in the United States, suggesting that there may be a link between air quality and the physical brain changes that define Alzheimer’s.

By 2050, there will be more than 152 million cases of Alzheimer’s disease worldwide

By 2050, the positive trend of universal education will reduce the prevalence of Alzheimer’s disease worldwide by 6.2 million cases, but the counter-trends of increased smoking, high body mass index and high blood sugar are expected to increase the prevalence almost the same The number: 6.8 million cases. The University of Washington research team conducted predictive modeling based on global health data from 1990 to 2019, and as part of the global burden of disease research, its research was also reported on AAIC 2021:

According to a study in the Netherlands, about 350,000 people (before 65 years of age) worldwide suffer from early-onset Alzheimer’s disease each year. In order to meet the needs of this population for services, the Alzheimer’s Association helped initiate the Longitudinal Early-Onset Alzheimer’s Disease Study (LEADS) to study the progression of early-onset diseases.

Two studies on AAIC 2021 show that transgender and transgender adults in the United States are more likely to experience deterioration in memory, thinking skills, functional limitations, and depression. The main findings include:

According to a research team from the University of Wisconsin, transgender and transgender adults have a significantly higher prevalence of depression than single-sex adults.

At present, there are still few studies on Alzheimer’s disease and cognitive dysfunction in transgender people. However, considering the risk factors for Alzheimer’s disease, transgender adults experience more health differences, including cardiovascular disease, depression, diabetes, smoking/drinking, and obesity. In addition, social inequality may also increase the risk of cognitive impairment.

At the AAIC 2021 meeting, the National Institute on Aging (NIA) under the National Institutes of Health launched a new online tool to help researchers and clinicians increase awareness and participation in clinical trials for Alzheimer’s disease , Especially in traditionally underrepresented communities. Other key findings first reported by AAIC in 2021 include:

According to a research team at the University of Wisconsin, historically underrepresented populations in Alzheimer’s disease research are most willing to participate in clinical trials voluntarily. If they are invited to participate (85%), they hope to contribute to the research goals (83%). ) Or one family member has a disease (74%).

They also found that people of color are more willing to participate in clinical trials, and that African-American, Hispanic/Latino, and American Indian respondents are more likely to become volunteers when asked by people of the same race, and are more likely to become volunteers than whites. More concerned about the interruption of work and family responsibilities, as well as the protection of transportation and childcare.

In the AAIC 2021 conference, research on COVID-19 and Alzheimer’s disease has attracted a lot of attention. More studies have shown that COVID-19 is related to long-term cognitive dysfunction and increases the pathology of Alzheimer’s disease. And symptoms. New data from Greece and Argentina show that older people often suffer from long-term cognitive impairments, including persistent lack of smell after recovering from SARS-CoV-2 infection.

Dr. Heather Snyder, Vice President of Medical and Scientific Relations of the Alzheimer’s Association, mentioned: “This new data highlights disturbing trends, indicating that COVID-19 infection can cause persistent cognitive impairment and even Causes Alzheimer’s symptoms to onset. There are more than 190 million cases and more than 4 million deaths worldwide. COVID-19 has caused losses worldwide. We must continue to study the impact of this virus on our bodies and brains.”

The AAIC 2021 report. It also includes new data and analysis of anti-amyloid drug research of donanemab (Eli Lilly) and lecanemab (Biogen/Eisai), as well as a variety of alchemy drugs including anti-tau strategies, anti-inflammatory targets, neuroprotection and regenerative medicine. Zheimer’s disease treatment methods. Let us look forward to the conquering of Alzheimer’s disease can continue towards the sunrise and welcome a bright future.

This article is sourced from  AAIC 2